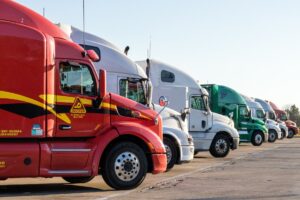 At a basic level, the cause of inflation can be summed up pretty simply as too much money chasing too few goods and services.

However, the factors that go into creating this condition — too few goods and services, and/or too much money — are dizzyingly diverse and complex.

Maybe production costs go up as the value of raw materials spikes in the wake of geopolitical events. Perhaps consumer demand is unusually heightened at a time of perceived economic strength. Or there’s always the old inflationary standby of governments flooding the market with cash, whether through expansive tax cuts, printing excessive amounts of money, or any combination of a variety of other methods.

To fight all of the factors which can give rise to inflation, we use only one blunt tool: the Federal Reserve. When inflation is running higher than the Fed’s long-term goal of 2 percent annually, the central bank raises interest rates.

This makes it more expensive to borrow, which sucks money out of circulation and slows the economy. When inflation is below 2 percent (which it has been for most of the last decade), the Fed typically lowers interest rates, thereby stimulating the economy.

The Federal Reserve might be the only tool we actually use against inflation. But it is not the only tool we have. The ways to potentially fight inflation are as varied as the underlying factors ultimately behind inflation throughout history. Yet, in America at least, when we see it as someone else’s job to do something about a problem, we tend not to expend much effort doing anything out it ourselves.

If consumers banded together and simply stopped buying stuff for a few weeks, inflation would be over. In modern society, one cannot really get by on buying absolutely nothing for several weeks at a time. But we could certainly get by on a severely downsized household budget for a few weeks if we absolutely had to. Rice and beans, anyone?

Or how about everyone demands a pay cut? That’s not going to be very popular. It would be a surefire way to stop inflation in its tracks though.

Corporations, of course, have much more power than individuals to do something about inflation even as many of them are particularly well-situated to do nothing at all. Some businesses use inflation as a convenient excuse to pad their own profit margins.

There are a handful of corporations — Tesla, Ford, General Motors, to name a few — that realistically have the potential to squash inflation in one fell swoop. These are some of the top companies working on fully automated driving, and looking to roll this technology out on a large scale within the next two to three years whether or not federal regulators can keep up.

Speaking this year in front of a House of Representatives panel, Transport Workers Union president John Samuelsen warned “of losing hundreds of thousands of manufacturing and frontline transportation jobs if Congress fails to act decisively and the AV industry is left completely unregulated.”

It certainly wouldn’t be fair to put truck drivers, taxicab operators, and, less sympathetically, a good number of personal injury attorneys out of work without providing some sort of safety net and occupational retraining. It would siphon a great many dollars out of the economy though.

Truck drivers make up more than 2 percent of the entire U.S. workforce. And it won’t just be truck drivers affected by AV technology. Yes, driverless vehicles will create some jobs too. But a lot of those jobs have already been created with firms pumping money into research and development as they struggle to beat competitors to market.

The first company to develop autonomous vehicles that are safer and more cost-effective than human drivers will make a tremendous amount of money. That pile of money won’t be as big as the one currently created by the payrolls of America’s 3.5 million truckers though. If autonomous vehicles are perfected, and swiftly adopted, they’re going to deflate inflation pretty quickly.

Sometimes autonomous vehicles feel like nuclear fusion power plants: a near-miraculous technology that is always just around the corner, yet never seems to arrive. That being said, with the amount of cash going into developing driverless vehicles, and with prototypes already operating on the road in some jurisdictions, my money’s on robot cars actually happening eventually.

I guess if AVs are going to become a reality, it might as well happen at a time when all the little problems they are going to create will also be solving inflation. No word yet though on when fully automated technology will be able to effectively replace writers on the internet.

Stopping the churn: Why some states want to guarantee Medicaid coverage from birth to age 6