Adjusting the focus upon pictorialism 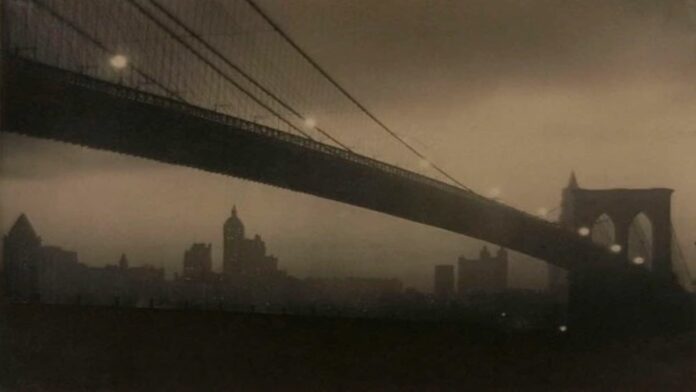 The advent of the digital times might have meant a reconsidering of the ideas in which one views art with enhanced scope and greater access gained out of the employment of technology adding another dimension of reference to their identity. But as purely evoking mediums in expressive emotions in their genesis, art and its forms has been always an exclusive realm of own characterisation. One partial divergence however from this idea of what sums up the essentially profound notion in artistic deliverance happens to be the field of photography. As something coming to find a place of its own upon such basis purely technological, the understanding of photography has always been one governed by its viewing as both an art and a science.

That might be a wonder indeed in what this mode in capturing of objects identifies as in being an amalgamation of two striking opposites in core concept of their defining. But that also has placed photography in the undesirable proposition of being debated enough in its supposed not so artistic leaning. And it is in such unfavourably contended impressions of photography that led to the development of a certain character so definite in its outcome to be outlined thus as a whole new genre altogether in this charting out of creativity.

Alluded to as pictorialism and born out of the offense that not adhering photography the status of a true art caused, this style of capturing realities with more than definite strokes of creativity essentially embedded in much evidence came to be quite a phenomenon during the late 19th and early 20th centuries. Ironically though, today photography might be more that distinguished in its veritable regarding as art but pictorialism somehow does not tend to be so much of an identity itself now.

That it is not so prominent in the present day and time however means also that this movement and philosophy and style of photography is also esteemed thus in achieving indeed what it set out to. In fact so concrete had been the working of pictorialism in making photography emerge as a true art indeed that its timeline of thriving happens to be a very precise span of the three decades through 1885 to 1915.

The premise for pictorialism to emerge as a concept rather required in exploring the expansive extents of the photographic connotation tends to be somewhat drawn back though in time. The same can be said about its ‘lingering’ effect in existence that continued for quite some time hence before spacing out. But like all ideas and intentions derived upon the imaginative fore of the human mind, pictorialism too continues to be ‘known’ and explored in at least some artistic assertions of it.

Like the very mention of it evokes, pictorialism indeed is an idea in perceiving photography in a traditionally more art appropriate awareness, the definite drawing being upon the realm of painted images. The effecting of this certain strand in much revealing was made possible by manipulating the very capturing of reality, as a very assured assertion in creativity indeed. Akin almost to the charting of exclusive originality in terms of their depicting that what paintings would be, photographs thus captured in the style of pictorialism boasted essentially of an essence beyond what the objects of them would encompass in their actual existence.

In their delivering of such feels of what would appear as unreal enough in physical residing but are perfectly possible pursuits along the unbounded trails of the imagination, photographs that identify as being alluding to the pictorialism genre stand out in some very specific modes of their defining. Quite interesting happens to be these explorations of pictorialism that defies one of the very key encounterings itself upon the photographic dimension.

A visible lack of focus essentially determines pictorialism, and came to be perhaps out of a notion as a sight of focussed image being an exact version of reality or simultaneously a lesser version of creativity. And it is in its founding on such a premise of peculiarity that the beginnings of pictorialism could be attributed to a few decades even earlier than its more prominent period of peaking.

Such basis of origin dates pictorialism therefore to the 1950s, though emerging from a painter’s perspective of photography. It was precisely in the year of 1853 that the English painter William John Newton forwarded the possibility of the camera in being a prospect in proper artistic creation. His suggestion in keeping the image somewhat out of focus is what occurs as the most typical assertion of pictorialism though the exploring of such concept would not come to be until the late 1860s. Nor would the alluding to this avenue in exact terms find expression till until a decade later with an English again photographer Henry Peach Robinson’s 1869 work Pictorial Effect in Photography lending a name to this distinctive genre of what called for though a more than intense focus of the imagination.

Pictorialism intended to drive photographs to being such images of paintings that it tended to employ many a classic elements of the art form more regarded in that aspect of identification. Which is why many of the captures worked out from this particular intention in deliverance tend to boast of elements like brush strokes or tonal complexity to conjure up images in considerably imagined impressions of them.

In manipulating and altering thus the perceiving of real images, pictorialism managed in induing the photos so created a certain emotional value, bearing hence an essence that tended heavily towards the assertion of the arts. No wonder pictures produced along the ideals of pictorialism spans out to be remarkable in ways that can be described in such lofty yearnings of what the strums of the sentimental and the nostalgic and the inherently aesthetic ideas accounts for.

Pictorialism based itself out of such intentions that aspired for photography an identity that would not make this relatively recent of the arts just a ploy in documenting the beauty of what already is. It instead was a desire to exalt also the photographic passion in its many a stirring possibilities that made pursuers of it actively seek out ways and means to work the quality of the aesthetics into its fore. That it still had to rely on the equipment of technological affording validated very much indeed the undeniable spanning of the science of photography but pictorialism did indeed manage to create an awareness of photography as something as essential in also its commanding for itself a definite place of dwelling within the abstract amazingnesses of the arts.

More personal indeed happens to be the rendition of the photographic intent in its identifying as pictorialism, stemming as it does out of such considerations uniquely conjured up in the imagination of the one yielding the camera. Panning out like monochromatic images upon art paper, these can very well pass of as not photographs even if not for the medium and mode of their eking. In their much palpable artistic feel and very evoking exposure, pictorialism afforded for the art of photography such reputation outside of its process that has been much establishing of the demands that the lenses of the camera presents in dual dimensions of the skill based as well as the technique driven.

But despite the pursuit of pictorialism in allowing photography the recognition of flowing through artistic alleys, there tended also to be considerable criticism of it- the most prominent one being its emerging as more painting like and less photograph like. And that perhaps is why pictorialism died out gradually by the end of the 1940s even when it had already been in decline for considerable number of years before that as well. This falling out of favor however was what this rather emotional expression in photography achieved as its end. In asserting the definite dwelling of photographs somewhere along the dimensions of what is considered finer specimens of creative art, pictorialism as a movement and a philosophy and a style and a process all at once shaped almost a uniquely exclusive dimension for photography to define.

Even more significant a defining of pictorialism as an exploration of photography essential indeed would be the way it helped preserve the essence of the art itself. Finding peak expression at a time when photography was fast turning into a fad and fading instead in the sensibilities of it, pictorialism proved to be vital in both asserting the artistic basis of it as well as in regulating also the creation of this art. For art when mindlessly pursued is nothing more than chaos and specifically more vulnerable of losing itself in this confusion of aplenty when not interpreted yet in terms of what it essentially is.

Beyond scouting out the success or otherwise of pictorialism as a concept in establishing the artistic affiliations of photographing, it also would be no less important to consider the effect that it has had on spurring in fact the advancement of the modern identity of photography. No doubt photography today might be more often than not a fore in adequate focus but nowhere in its history has it been regarded in as much artistic reputation as it is accorded currently. That, despite the fact that accelerated advancements of the technological kind has made photography even more accessible and commonplace and therefore ‘easy’ to proclaim to pursue but thanks to the sentiment that pictorialism effectively embedded upon the perceiving grounds of photography and this modern art form born out of the sciences can continue its flow in fluidness for ever.

How Alvin Kamara trade talk may have saved the Saints season