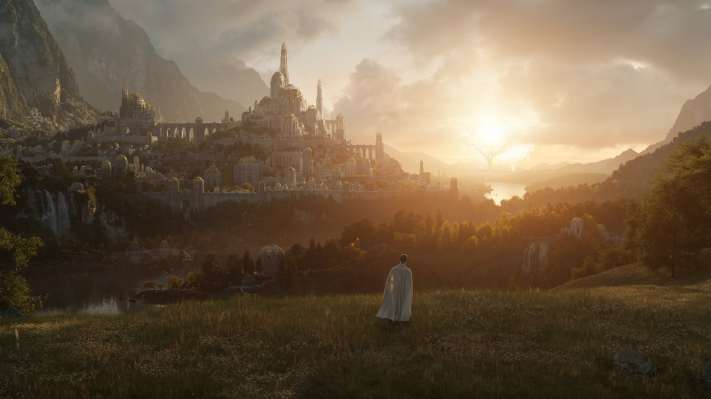 As part of the promotion for Amazon’s annual Prime Day shopping event, Prime members were given an exclusive 60-second sneak peek at Amazon Prime Video’s upcoming series “The Lord of the Rings: The Rings of Power.” The preview was released today, July 6, and will only be available to watch for 48 hours.

The only way to see the exclusive clip is to sign in with an active Prime account. The company hopes that fans will sign up in order to take advantage of the opportunity.

This week, Amazon is also surprising 20 Prime members from around the world with an invitation to attend the London global premiere happening in August.

While Amazon has offered Prime Day deals connected to entertainment before — such as discounted Prime channel subscriptions — this time around its helping push new Prime subscriptions and, of course, sell more goods.

“Being the first to watch a sneak peek of one of the most highly anticipated shows of 2022 or ordering your favorite takeout while watching a football game on a TV you snagged for a great price—that’s the promise of Prime,” said Jamil Ghani, VP of Amazon Prime, in a statement.

Other promotions tied to the Prime Day event include deals of up to 45% off on home entertainment devices such as Fire TVs, as well as 50% to 58% off on Fire TV streaming products to hype up Amazon Prime Video’s first exclusive “Thursday Night Football” game on September 15. There will be deals on licensed fan gear in its NFL fan shop as well.

The biggest deal unveiled today was arguably the free one-year subscription to GrubHub+ for Prime members, further demonstrating its strategy to tie offerings to its core retail business.

Prime members can also stream “Ultimate Crown” on Prime Video and Amazon-owned Twitch to watch MrBeast and Ninja go head-to-head in “League of Legends” on July 7. Members will get exclusive experiences for the event, such as a chance to attend the event in person or take part in live chats to win gifted subscriptions and giveaways.

Zimbabwe Will Issue Gold Coins To Control Inflation. Why Don’t They Use BTC?