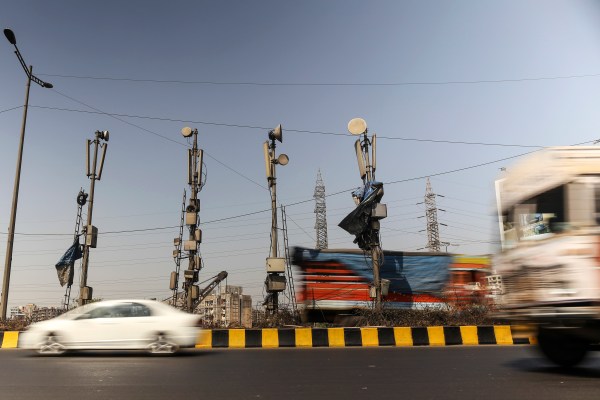 Telecom operators in India made bids worth $19 billion in the government auction for the 5G airwaves, New Delhi said Monday, the highest from them in any spectrum sale, as the world’s second-largest wireless market readies the rollout of improved and faster voice and data speeds.

Reliance Jio Infocomm, Bharti Airtel and Vodafone Idea competed with one another for seven days and made majority of the bids to acquire 71% of all offered spectrum, which the government said exceeded its expectations. Tycoon Mukesh Ambani’s Jio, which counts Google and Meta among its backers, was the most aggressive participant with bids of worth $11.13 billion, Telecom Minister Ashwini Vaishnaw said Monday in a press briefing. Google-backed Airtel made bids of worth $5.44 billion, whereas Vodafone Idea, the Indian unit of British giant Vodafone Group and billionaire Kumar Mangalam’s Idea Cellular, made bids of worth $2.37 billion.

India’s richest man Gautam Adani’s firm also made its debut in the auction, but kept its interest largely limited with bidding of just $26.8 million. The company said last month that it was participating in the spectrum auction to provide private network solutions with enhanced cyber security in “the airport, ports & logistics, power generation, transmission, distribution, and various manufacturing operations.”

Even as India is the second largest wireless market, it has been slow in comparison to several markets in setting up the networks for the rollout of 5G technology, which carriers across the globe say offers significantly faster data speeds and could play an instrumental role in applications around innovations in autonomous mobility and telemedicines and robotics among other industries.

Reliance’s aggressive bids demonstrate its growing digital ambitions. The firm, which launched its telecom operation just five years ago, has established itself as the largest wireless carrier in India with over 420 million subscribers. By offering cutrate data prices, Jio won subscribers and forced the industry to lower tariffs, kickstarting an era that has significantly driven the mobile data consumption in the South Asian nation and benefited countless startups.

“The Hail Mary moment there was Reliance Jio’s arrival in the market. It democratized data and smartphones at a scale that we have not seen in countries other than China,” said Karthik Reddy, a VC at early-stage focused venture firm Blume Ventures, in an earlier TechCrunch interview.

India said it expects the rollout of 5G networks to begin from October and hopes that residents in several key cities will be able to experience the faster internet experience by end of the year. Vaishnaw declared the auction for 5G airwaves as success for India and said the government is working to complete the allocation by August 10.

Anticipating the rollout, smartphone makers have been selling handsets capable of supporting 5G network in India for nearly two years. In fact, they have shipped over 50 million 5G-compatible smartphones in the South Asian market, a fifth of which arrived in the quarter that ended in June this year, according to research firm Counterpoint. India is also the world’s second largest smartphone market and one of the fastest growing.

“This spectrum acquisition at the latest auction has been a part of a deliberate strategy to buy the best spectrum assets at a substantially lower relative cost compared to our competition. This will allow us to raise the bar on innovation and address the emerging needs of every discerning customer who demands the best experience in India,” said Gopal Vittal, chief executive of Bharti Airtel, in a statement.

This is a developing story. Check back for more details.

Ethereum Consolidate Gains, Why This Support Is The Key