Bar Examiners Test Rule Against Perpetuities Because ‘Screw You, We’re The Bar Examiners’ 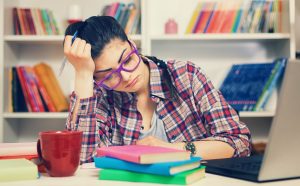 The bar exam remains a profound waste of time. It’s a closed book test for a profession about research. It’s a generalist exam in a deeply specialized profession. Good lawyers fail it all the time and incredibly terrible lawyers pass it all the time, meaning it fails at its only defensible role as a professional Sorting Hat.

But the bar examiners and their , er, “professional conference,” the NCBE, dismiss criticisms that the exam is out of touch with the actual practice of law. Pay no attention to the empirical evidence that it has no impact on protecting the public, thrives upon arbitrary rules, screws over women, and has a bit of, shall we say, “a deeply embedded racism problem.”

We need a bar exam to teach the real law that the law schools don’t!

The examiners have crossed the Rubicon of Pettiness. I thought they’d reached peak contempt when they anonymously signaled that they would retaliate against anyone who publicly criticized the test, but to face criticism that the exam is disconnected from reality and then ask Rule Against Perpetuities questions is real “let them eat cake” stuff.

Even to the extent jurisdictions still use a common law form of this, what percentage of examinees are going to be trusts and estates lawyers? This is like medical boards asking about gingivitis… sure it’s an ailment, but we’ve got a whole other group of people for that. 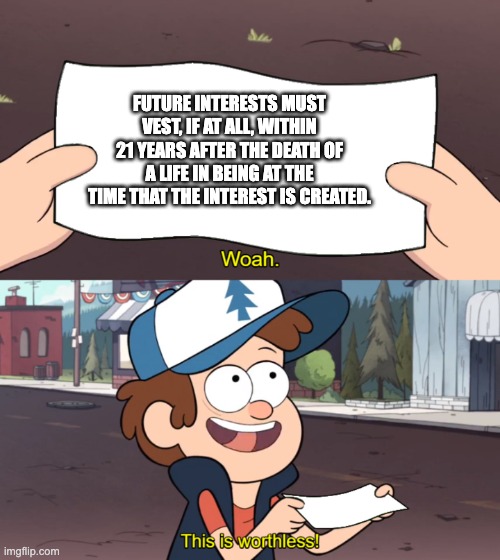 But here’s the thing… at best this argument justifies replacing the law school curriculum with the bar prep curriculum, which is irrelevant to most criticisms of the bar exam. So his failure to grasp that his argument doesn’t match up with the critiques is unintentionally a compelling argument for why law schools favor teaching abstract legal reasoning over black letter law. A lawyer can look up the law later, but being able to construct an argument has to be engrained.

Honestly, the Rule Against Perpetuities is a useful lesson for future attorneys because it is the kind of abstract theorizing that teaches that kind of logical reasoning. But, like the other lessons of the “practice-hating property prawf” in this anecdote, it’s best taught in a classroom setting as part of the 1L doctrinal theory curriculum than on an exam that bills itself as the last word in practical legal testing.

I see what you did there, but… no that would still not be soon enough.

Eytan Shander: Everything you need to know about the NFC East this year