Benefits of hot towels for beauty and wellness 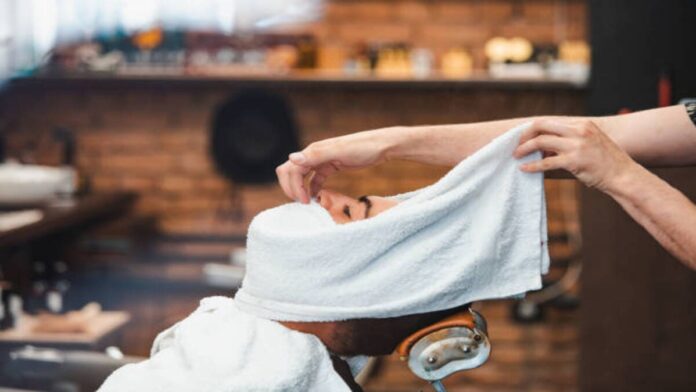 October 29th happens to be the day of the Oshibori in Japan and while not many of us might be aware of what that thing actually is, we sure would not be so clueless if one mentions the ‘global’ name for it. Hot towels are what come closest to describing the essential entity tied irrevocably with Japanese culture though the Oshibori assertion of the towel does not always assert as warm damps of cloth. The winter versions of them would be hot indeed but it also are cold oshiboris that find use otherwise. Interestingly though, the most commonly known assertions of hot towels aren’t what derive upon the primary characteristic in defining of the Oshibori.

Hot towels are a major component of the hospitality sector but they tend to attend particularly to the wellness realm within that larger classification. Offered in that classic Japanese ‘swaddle’ of a wet towel to customers in restaurants or bars to clean their hands before eating, this now more common display in hospitality the world over isn’t a hit in just the hygiene and hosting essences of them. Oshibori towels- or rather hot towels specifically make for also a much popular certain something across the universally indulged in realm of beauty and health in their many benefits.

Be it skin or hair, as massage therapy or the very conveniently common way in just letting one of those optimally heated pieces of what are indeed ordinary towels do their thing just like that, hot towels harbour that amazing quality of attending to pretty much every requirement in wellness. And yet even in such casual character of their residing, hot towels are hot favourites in anything that entertains the luxurious idea of pampering oneself and nurturing us as well to greater health.

The premise of work of hot towels indeed is simple and one that employs once again the extensively employed agent of heat being a wonder element in rejuvenating the human body. It is the warmth imbibed within the towel as very assertion of its hot identity that makes it so effective a way in nourishing to the core the entire health of the human. The heat of the towel when let to work upon the skin helps in opening up the pores which is one of the most adequate means and ways in attaining a healthy, beautiful glow. Consider also the universal effect that massages have in their inherently relaxing properties with the combined application of the heat also working its own way in rejuvenating and hot towels are easily one of the best accessible options to further one’s wellness regimen in.

In their physical as well as psychological aiding of relaxation, hot towels well and truly deliver the warmth in all pursuing of their palpable essence to emerge as the holistic aid in beauty therapy and wellness treatments. Let’s take a look first at the numerous many benefits of hot towels-

In its deriving upon the immense power of heat, hot towels aid the process in blow flow or circulation. That an enhanced process in blood flow throughout the body has very visible benefits in terms of glow brought about by increased oxygen levels and numerous such associated functionings, it also happens to be a rather beneficial ploy in treatment as well.

Specifically with injuries the healing process can be sped up by aiming at an enhanced flow of blood, so conveniently achievable by just the proper technique of a hot towel massage. Repairing damaged tissues as well as relieving the uneasiness of soreness comes quite easily indeed with a hot towel at hand.

That an enhanced circulation is beneficial not just for the skin but also for the hair points to the benefits of using hot towels for purposes of hair care as well. And what is even more spectacular about these heated towels being used as therapy also for hair and the head is the ease of their employment. One simply needs to wrap their hair in a hot towel for it to work its way along the lengths of the tresses, which happens to be a lot more wondrous with some previous effort at hot oiling as well.

Like with the skin, the heat exerted upon the scalp also helps unclog the pores of it. This means that the hair follicles open up allowing thus for greater penetration of the oil into the depths of the scalp. Even the effectiveness of other hair treatments would be enhanced with their deeper reach through the all clear pores- which happens also to be the case with skin treatments. The humid environment created through this hair steaming treatment helps keep hair soft and smooth while speeding up healthy hair growth meaning that you would well soon be strutting about with a gorgeous head of long, thick locks. And the fact that it is as economical as it is easy to afford your hair the treatment it desires and deserves is what makes the hot towel treatment emerge in as much glory as there can possibly be.

The thermal power of hot towels act in tandem with the relaxing essence of massages to bring about an experience that is enriching regardless of the beauty and health workings of them. Soothing and stimulating all at once, this indeed is one of the unique forms of therapy that one can seek out for their entire selves, rewarding all the more in its immensely indulgent but considerably cheaper availing.

Heat has always been known to be one of the best ways to treat many a causes of pains and the medium of hot towels does not divert as well from this traditional idea in treatment. Whether it be joint pains or stiff muscles, chronic health occurrings or temporarily induced discomfort, hot towels can help pretty much with any such physical problem while extending the associated benefit of soothing as well the tension of the mind.

For proper medical benefits to be possibly achieved out of the more characteristic wellness prescription that hot towels emerge as is what makes them all the more appealing a prospect in charting out usage. It again is the working of them through the assertion of heat that makes hot towels come across as a fairly adequate means in alleviating certain issues of congestion associated with some health problems. Applying a hot towel upon the area of the nose or on the chest proves to be particularly effective in relieving the discomfort of those heavy feels that the issue of sinus most specifically creates as a problem.

The prominence of the beauty assertions of hot towels might be more playing in the inner reaches of their affording but they can be as surface dwelling as well. Very evident in their effect of making skin smoother and softer and more moisturised is the reason hot towels are almost always sought out as definite agents in after shave routines. That it soothes the skin rather roughly plucked out of its natural hair is indeed very much a reason for their advocacy but hot towels work also across the dimension of proper outward cleansing of the skin. By removing the excess oil and dirt from the skin- as it does for the scalp as well in its hair specifically arena of attending, hot towels endow upon the skin a fresh, moisturised and healthy look.

The benefits of having a hot towel handy might be sufficient ground in itself for explaining the continuing popularity of them in and beyond their Oshibori narrative. But it helps indeed that this so effective recipe in beauty and wellness as well as in health is one completely natural and affordable. Such factors of characterisation again furthers the convenience which hot towels chart out. As a case in pampering the body and mind that can be easily availed within the comforts of one’s own house and by their own selves as well, while adhering of course to the direction of their use in the most crucial fore of heating them up as well as otherwise, hot towels have to emerge as a piece of ordinariness extraordinary enough to warm up to.