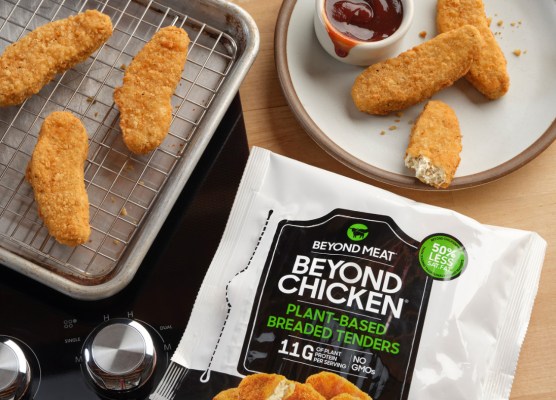 Beyond Meat plans to lay off about 200 employees, or 19% of its workforce, according to a regulatory filing disclosed Friday.

The company cited declining sales and said the layoffs are “based on cost-reduction initiatives intended to reduce operating expenses…and target cash flow positive operations within the second half of 2023.”

Beyond Meat expects the cuts to be completed by the end of the year.

Company shares, which opened Friday on the NASDAQ already 87% down from its 52-week high, fell even further in mid-morning trading following the lay off news. The stock hit a 52-week low of $12.76 earlier in the week and were last trading around $13.95, which puts the company’s market value below $900 million.

As part of the job cuts, the company said the role of chief growth officer/North America president was eliminated. Deanna Jurgens, who held that role, will leave the company on Oct. 17.

In addition, chief financial officer Philip Hardin notified the company that he would be stepping down Oct. 12 “to pursue another opportunity.” Lubi Kutua, who was previously Beyond Meat’s vice president of financial planning, analysis and investor relations, was appointed by the board to serve in that role, effective Oct. 13.

The company also cut its full-year revenue guidance, expecting third quarter net revenue of about $82 million, down 23% to the same quarter in 2021. Full-year 2022 net revenue is expected to be about $400 million to $425 million, which will be a decrease of between 14% and 9% compared to the prior year. The company had previously forecasted year-end revenue to be between $470 million to $520 million, the filing said.

A request for comment on the changes from Beyond Meat was not immediately returned.

The company had announced a 4% reduction in workforce in August, but the news also comes as its chief operating officer, Douglas Ramsey, left the company — his last day was Friday — following his recent arrest that charged him with assault after he allegedly bit a man’s nose. Jonathan Nelson was promoted to head up operations and supply chain.

How True Is Viral Claim Of UPI Killing Toffee Business