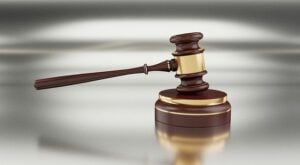 The charges stemmed from the 2016 death of McIver’s wife, Diane. She was killed by a gunshot to the back while riding in an SUV. The car was being driven by a friend of Diane McIver, Diane was in the front seat, and Tex McIver was in the backseat behind Diane. Tex McIver claimed he has his gun out and ready to shoot because he feared the neighborhood they were driving through. A spokesperson for McIver specifically noted he feared Black Lives Matters protestors. At trial, Tex McIver said he accidentally shot his wife after falling asleep.

“We cannot say that the error was harmless because the evidence of McIver’s guilt of aggravated assault and felony murder was not overwhelming or even strong, and the evidence of criminal intent was disputed and circumstantial,” the Georgia Supreme Court said. “Indeed, the state’s evidence of intent was weak, as no witness testified to any disagreement or quarrel between McIver and Diane, and many witnesses testified that they were very much in love.”

“If McIver intended to fatally shoot Diane, why would he do it in the presence of [the woman driving the SUV], and why would he do it in midtown Atlanta, within a few miles of several major hospitals, instead of on a rural interstate, far from any medical aid?” the state supreme court asked.

As reported by the ABA Journal, the Georgia Supreme Court also had a lot to say about what evidence could be presented, should there be a retrial:

If the case is retried, the court should not allow evidence that lacked relevance or that created a danger of unfair prejudice, the state supreme court said.

The court said the prosecution should not be able to introduce evidence of Diane’s supposed second will, which was never found. Nor could it introduce evidence that McIver directed the SUV driver to take his wife to a hospital that was not the closest facility.

The court also warned prosecutors to be aware of the impropriety of arguments implying that McIver harbored racial prejudice.

McIver had been sentenced to life in prison with the possibility of parole. He has served almost four years and 10 months. His attorney, Don Samuel, said he’s working to get McIver released from prison as soon as possible. Fulton County District Attorney Fani Willis has not yet announced if McIver would be retried.