Calling a crush a crush 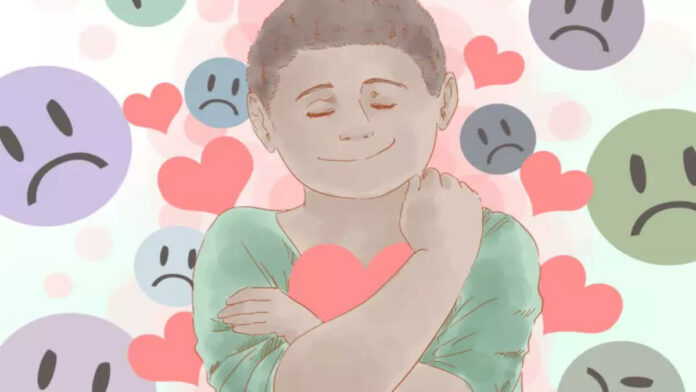 A case forever rested in the faint awareness of the contradiction, playing only so mildly in its poking of the curiosity even against its of course more than evident display of the feels to make for another contrast play out ever so blatantly, the magical and dreamy dwelling in something not love exactly but love almost indeed and perhaps better than it as well in all universal fawning concerned has been a continuing ground for the sparks to fly and the buds to blossom in all bright and beautiful buoyancy of what the heart could behold. Love though isn’t the premise this exuberance in immenseness drowns one’s realisation in, concocting instead a charm that the world in its entirety has been captivated just enough to crush upon!

Crushes obviously are what one could very well claim to be the holy grail of romance even when it need not necessarily be that axiom in the whole love universe. Most definitely in fact and a bit more covetedly as well, crushes sum up within their very mention an emotion not exactly decipherable by the intense gushes of what love accounts for as an experience in all profoundness of it. As anyone- read everyone- who has had a crush or many would know, this very expression of whatever it is that immediately sends one to live that moment in seemingly contradictory but very real indeed ecstasy of calm, makes for a facet of life worthier perhaps than even the immense blessings of love for what it is in all depth and diversity and passion and purity of its realisation.

And yet even in its more than enamoring, amouring, adoring and so on and so forth adjectival essences, essentially resting though in even enhanced the charmy curations in adorable callowness almost as allowed by the purest conjuring up of it, it’s a matter of considerable intrigue indeed as to how this vibe of the most desirable dwelling ended up fostered through an identity as ‘appalling’ almost as the crushing weight of the ‘crush’.

While crush for all its reiteration as a rendition in some sort of damage at least has been very much an English mainstay since the wee years of the 14th century having successfully caught on from its French origins, the connect that it came to chart out across the realm of this star struck almost parlance would not visibly occur till at least the late still years some five centuries hence. Recorded for the first time ever in the 1884 journal of Isabella Maud Rittenhouse in definite romantic inklings that it managed to allude has been this epoch making indeed assertion of calibre that crush came to be catered through. In its claim over so much of times through history, not to mention its commonplace commendableness in contemporary context, crush today is part of a jargon that though still has the charms etched all over its stringing of emotions galore.

Crush though hadn’t had its meteoric rise to fame solely out of own avail. Preceding in fact this phenomenal almost expression in the present sense of it had been instead another very general term of possibly ‘destructive’ as well but not necessarily exclusive such connotations. ‘Mash’ was what defined the flirtation forum of society during times of the 1870s and crush and mash both converging upon the vocabulary trail in at least one strand of similar meaning was what brought the thrust upon crush for whatever reason to present itself as what it very vividly is today.

So the synonymic almost adherence in meaning is what explains the universally prominent question of why is it called a crush despite all its feeling in passion and sweetness and warmth and romance and whatever it is unrealistic enough for one to totally indulge in the fancying of them. But that still does not address the crux of what we had set out to explore- wherefrom exactly did the heart venture into the crushing, or more aptly the mashing intricacies at work?

For all one knows though, this particular exploration of the mash word might have been worked out from the Romani masherava which meant to allure of incite. And it is in light of such dawning of sense upon mash that the whole romantic narrative tends to emerge as a logical sequence in description of whatever it is that it would come to articulate. Turns out thus that it isn’t upon so much of particularly piquing premise that the whole mash and crush manifestation is sprawled upon as what they happen to strike like in first encounters of them.

But it still isn’t the end for the deliberation that we have been delving into in this tracking of the etymological basis of what is after all an enigmatic case of the emotions. For it isn’t just crush though- or also only mash even for that matter that has long been a ground for the heart to gain even more mileage in its beating. Also associated is, very unsurprisingly the related word ‘puree’ which draws upon the mashing and crushing references in at least what concerns the food framing of them. The crush ‘ing’ would be the one to follow latter though with mash and puree still yielding the airs in more authenticity of what it would be like to unfurl along the frilly lanes of fantasy.

Purees as well as mashes have been and still are indicative of a spoon fed diet for whatever purpose of serving that might be. And it is in eking out of this essence in dependency of sorts for someone thriving on such diet that the emotional link came to be established by times considerably early as the 1820s itself. Essentially coming to refer therefore to someone so infatuated or head over heels perhaps in love to be dependent on them has been mash and puree summing up an unexpected elucidation of what is today an exciting shot at discovering the dewy eyed (first) highs of love.

A small part of this explanation still needs to be accounted for though in it being made to bear even more relevance, not for any further seeking of validation of course of what has turned out to be quite a long stretched exercise in digging but simply to be as true as possible to the ‘quest’ fuelling our passion. And that we entail one final time out of the spoon diet itself but in such mannerism that dwells on the very spoony character of it.

With its early interpretations residing in the not so favourable meanderings of the stupid as well as in some evokings of a goofy natured person or otherwise contemplating on the hollow premise of a spoon to draw likings to a shallow, no brainy folk, spoony itself came to dictate also such classic considerations one would rampantly encounter on the alleys teeming with ‘aspirations’ for a possible romance as making baby talk and maintaining fixated glances upon the one amoured with.

This well connected but not so much well plotted traversing of the classic crush characteristic is a revealing, if not interesting, tale of time and one that just about stands true to the myriad meanings that this one word of universal name and fame embodies in its appealing to every individual on earth. For even in its not exact seating along the rows of rosy hued romances nor in its precise aligning with the lovelorn presences of a world otherwise profusely filled with love, experiencing that heart warming emotion of crushing on someone with all the flutters and the jitters but also the sighs and the wants is but a blessing not worth forsaking. Crushes are what relationships can never be perhaps and while that might be a reality resonating also the other way round, it is undeniable indeed that this particularly precious palpitation incited by the very mention of what is at once a feeling and a physicality is inimitable indeed despite all the crushing commonplaceness of it.

For all its extraction of spirit from the essentially romantic insinuations of mash and spoon and puree though, it isn’t necessary for a crush to be always hinging on the definite dreams of the amoured. You can also admire someone well enough to claim to have a crush on them and that is an exposition more summed up in the same sex space of happenings. Even more precisely, this tends to be more of a ‘girl’ thing at least as what goes on through the profound proclamations to that extent. ‘Girl crush’ therefore is as definite a part of the world vocabulary today and happens to be even more enriching an emotion for the heart to come to rest in.

Stirred by a strong admiration and adoration among females, with no romantic and/ or sexual feelings attached whatsoever, girl crushes happen to be such a genuine mode of acknowledging and expressing a fondness for the attributes that women might see in one another. Whether that be a desiring for herself a personification of these traits or appreciating the very way another of her clan conducts herself through them as well as in being ‘taken’ also by the aesthetics of one not to mention the quirks and beliefs and goals and whatever it is that allude to one as per her own.

Girl crushes present a notion in the magnanimous might of the human feelings no doubt but through it, it also transcends societal barriers and defies social conventions and shatters stereotypical prejudices. In full fledged, open admiration of females by females, girl crushes present a way for the belief to perpetrate that women by nature aren’t jealous or downplaying or demeaning of others of their kind. Sure, for a girl to be crushing upon a girl would be no less fun than the more general meaning of the crushing feels. But to have that accompanying sense in sensitivity further validating that expression in pure liking is indeed all the ‘girl power’ one could hope to embody.

The manifestation of musings so myriad makes girl crushes even worthier manifestations in essence. But it also in some sort of a conflict that crushing with this particular prefix in tow might see one unintentionally mired in. The very term ‘girl crush’ is largely considered offensive by the lesbians and queer women community in underlining the unwanted emphasis the concept lays on having to clarify that one female is admiring another female with no embedded intention of a sexual/ romantic kind, much as if it were impossible that exclusive female adoration and admiration or even celebration should be availed out of non homosexuals. In that assertion, the very identity of the girl crush is one viewed under the collective lens of homophobia. Whether or not that is the whole reality might forever be open to contemplations but simply having a crush on someone irrespective of whoever it is that they are has to be one of the most fantastically charming episodes of life to hold dear forever.

1 player from each division rival fans would love to steal