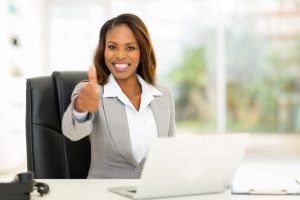 Generally speaking, the character and fitness process is a good idea. If the goal is to provide the public with lawyers who aren’t going to cheat them, C&F has a better chance of figuring that out than any other prong of the bar exam process. Yet in practice, character and fitness is at once onerous and superficial. Candidates gather utility bills from half-remembered old apartments and then sit down with someone who asks “you won’t commingle funds, will you?” before dropping a literal rubberstamp on the application. The sheer number of terrible people practicing law proves that this process doesn’t exactly live up to the promise.

Some of the process might just be illegal in some states.

New York, for example, asks candidates about arrests and convictions, including sealed and expunged convictions. The New York State Bar Association already opined that this question on the character and fitness form “violates laws that ban agencies from asking about dismissed or sealed cases, as well as juvenile records,” per the New York Times. Adding in mere arrests for cases that don’t go anywhere also runs face first into the profession’s stated commitment to presumed innocence. These issues got the NY legislature working on a rewrite of that question.

While New York does not automatically ding a candidate merely for a past conviction — though some states do — merely asking about closed cases deters applicants. Which brings in a whole other bundle of problems for the profession…

“The fact that we are asking a question that is illegal should be enough,” said T. Andrew Brown, a former president of the New York State Bar Association. “But if you are a profession that already has a such a troubling underrepresentation of people of color, why would you put yet another obstacle in the way?”

Brown’s primarily commenting on the fact that candidates of color are more likely to have these long-ago bumps on their records — a factor of more issues than we need to get into here — but it’s compounded by the fact that New York isn’t automatically blocking applicants, inviting new vectors of bias for reviewers to write off a white teen’s “youthful indiscretion” while expressing grave concerns over a Black kid’s two-decade-old shoplifting charge.

The only defense to keeping the antiquated and probably illegal system focuses on the low rates of conviction for sexual and domestic violence, arguing that records of arrests are important to capture dangerous actors who routinely escape conviction. Which is fair, except there’s not a lot to suggest that asking about this stuff is successfully screening people out right now. The character and fitness process is hardly equipped to litigate charges like these, meaning that at best they would be left to categorically — to avoid bias — block applications from everyone accused but never convicted. False allegations of this sort are rarer than Fox News would have its fans believe, but they aren’t entirely unheard of. Putting it on a committee of attorneys with no investigative arm to sort these out seems an impossible order and the risk of mistake is high.

Others question whether any character and fitness evaluation is still needed. In New York, discipline in the profession can be slow or uneven, and some say that holding existing lawyers accountable should be the focus.

Which comes back to the underlying problem with the whole law licensing problem. The bar exam itself tests knowledge lawyers don’t even really need in a one-shot test and then lets attorneys atrophy for decades once through the velvet rope. And we preemptively run applicants through a ringer and then slow play attorneys out there abusing their licenses in real time.

No one wants to send a lawyer out there who will screw something up, but the truth of the matter is that there’s only so much you can do to prevent bad attorneys and throwing a microscope on a conviction that the justice system felt obligated to expunge or someone’s convictionless arrest for setting off a cherry bomb in the school toilet in 8th grade isn’t getting that job done for the public.

Licensing should be less about the entryway and more about staying in the club.

Ethereum ETHUSD Gains Momentum Ahead Of The Merge