Clapping your hands in and out 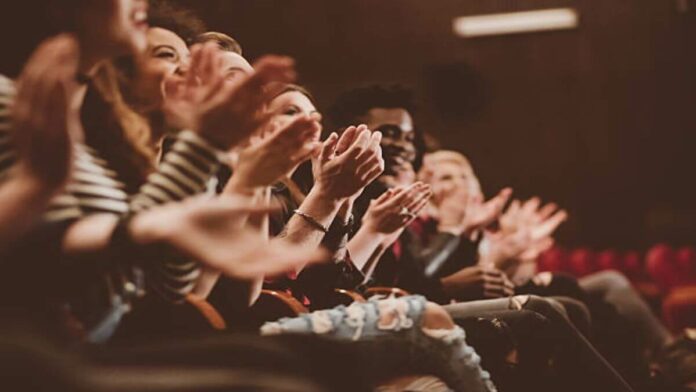 Cheering on someone during a performance or hyping them up before and after or even through it, wishing a friend a happy birthday or celebrating their achieving of a milestone, the human tendency in applause is a very heartwarming display of congeniality and one that has always been so essential a facet of their lives. Generally practised as the universal mode in clapping, something so naturally occurring to our race that human babies most often stumble upon this resounding way in asserting their selves as a first instance in learning, this inclination to applaud others even when they are not necessarily human in their understanding is actually much of a pleasant surprise.

Given the growing distinction in selfishness of our species, it is quite assuring to reside in the realisation of our own natural intention in being encouraging and supportive and lauding of others. And this is what makes applause- or let’s generalise it as the primary and most popular fore of clapping in how it occurs, an act in ‘greatness’ but that which involves acknowledging perhaps our own selves as well.

As a very simple act in functioning that does not require any specific instructions to be worked upon, it is obvious why clapping occurs naturally to all of us. It might be this occurrence of it in such commonplaceness that has led clapping to be the mode of choice in celebrating, no matter what kind and nature of its defining. In fact so attuned we are to clapping, if not applauding exactly, that sometimes we tend to take also to this act in involuntariness as well. That indeed is a revelation in itself but the very language of the clap tends to be equally revealing an assertion, stemming of a science that drives the ‘desire’ for it, and not just in coveting its gratifying essence.

Clapping also isn’t recognition always for others as much as it might be for ourselves. That is to say particularly about the less voluntary eruption of the clapping applause, when we take to expressing purely our own delight in having chanced upon whatever it is driving us to such glee. The effect of it indeed would be as valid a fore in recognition for the one clapped for in appreciation of their work but the intent behind it, or the lack of it therefore given its occurring as something not very conscious even, is not one of exaltation as it is a stemming out of sheer amazement at what transpired.

To begin with however in light of the not one folded assertion in clapping- for indeed one cannot clap with just one hand, the dynamics across which it spans as an act in happening itself tends to be rather diverse despite the standard viewing of it as a means in recognition. That should not be too surprising though given our not so sparse encounter of it in ironic occurrence which we rather overlook perhaps in our absolute hankering for its status in public applause. Outside the very buoyant display in clapping as evoking of feelings of awe and the like or emotions in appreciation and pride even, claps- slower claps specifically- point instead to the exact opposite of this more common worldview.

But even this rendition of the claps in a slower frequency of them is a manifestation in much variation. In its taking form as a dramatic device in traditionality, the slow clap can perhaps be reiterated as a more artistic mode in expressing appreciation for the experiencing of as artistic a phenomenon. Referred to as a crescendo approach, this involves someone from the audience initiating the process in clapping slowly, followed by another and another still until the growing thunder of all those pairs of hands attains crescendo indeed in roaring applause even as the finale of this show in much massive meaningfulness culminates upon the special ground of a standing ovation.

Contrast that to the ordinary and more common prevalence of it as claps followed by longer intervals and in lesser rhythmic synchronisation as well and slow claps lay bare their intent in booing instead a particularly poor or unpleasurable performance. Disapproving thus of what evokes it as a sarcastic response meant to heckle the performer or even in ordinary situations harbouring some act or display in silliness, the slow clap represents in itself the whole dramatic assertion of what a clap can condemn or commend, as suits its purpose and intent in employment.

Another more ordinary assertion through which the clap has been forever working as a perceived means in approval and applause, but in not so much genuineness of it perhaps, or at least not always encountered in such trueness of purpose, is what might be understood as the formal clap. Occurring indeed as a part of protocol, irrespective of how well intended and heartfelt it might or might not be, this necessary taking to task the palms of the hand is what we ‘surrender’ to acting out in meetings or events where dignitaries speak or that esteemed personalities grace even when it might or might not stem as a representation of respect or recognition but is a required ritual nonetheless.

In numerous residings thus in the exalted alleys of applause, or sometimes in the hollow depths further aggravating the reach of the heights instead, the clap is a more than universal gesture or act or expression of much versatility. That, even when the cultural references of it might not always be converging upon the exact grounds of agreement, possibly differing in interpretation in their most traditional consideration. But clapping still is largely viewed in that light of lauding and encouraging and cheering and celebrating that as a practice isn’t any recent as well.

Dating back to times at least as ancient as the Before Christ era, possibly invented by Roman playwright Clappius Magnus in the year of 234 B.C., the clap began as a ritual in approval of a different regard though. The consensus then was clapping being a conveyance of gratitude in fact for the performers of the arts for allowing access to their act in much skill and indulgence. An associated factor though also did up those rounds of applause, ‘summoned’ in all that thundering work of human hands to ward off evil spirits that might have been attracted by the very din of the show.

Rather established is the reputation of the Romans in being bearer of the genesis of the clap, in some way or the other. The works of Roman playwright Plautus for instance are the first case in the documentation of the ‘demands’ for applause with the term plaudite generally summing up his writings. That related then to the works of the art, more essentially those occurring within the theater but the domain of catering expanded over the years to also chart out distinction in the arena of politics where it became a gauge of popularity. Much intriguingly, this measure of popularity of the work itself or the person involved therein today has been found to be resident in in fact another distinct element of determining.

For all its occurrence in much continuity that builds upon a time much, much set back in the trail of time, clapping might not be exactly as innate as we believe it to be. Even in our inference of babies ‘knowing’ how to clap as being among the firsts of such behavior that instantaneously affords one all the attention, what accrues as more probable a theory of evolutionary science is that it might be more learned indeed. Because what babies seem to do by their own is clasp the hands together rather than bring them together in a clap but consider also the fact that they do not yet yield the strength to make that sound happen or let even the strike manifest in as much prominence as it should that they fail to account for what would very definitely amount to a clap.

This premise though in clapping being an acquired ‘behavior’ isn’t completely without any basis. That clapping can be motivated indeed by external factors is an empirically established fact of the world today, what with it being identified as yet another of the socially contagious references influencing so much its occurrence in thunderous resonance. As quite easily inferred from such cases in a single clap leading to a roaring applause in summation of what builds up on this singular precedence in the hand strikes is the ‘derived’ essence through which applause can be manipulated to accrue to. And so significant as well is this not so ‘provocative’ means in social insinuation to a specific end that clapping at times can even totally overlook the quality and content of what it is celebrating of.

Beyond its beginnings and basis, clapping also is sustained as well by this same psychological working in influence- ‘peer pressure’ perhaps of a subtler kind, with even the duration of how long the clap is held, as even the disengagement by a mere one or two clappers is enough to induce death for the empathetic roll of sound made to be produced by the hands. To absolutely believe therefore in the magnitude and extent of a clap as the ultimate expression in applause would call for committing of a blunder in some cases. But count down upon the clapping cheers of wishing someone an enthusiastic Happy Birthday and clapping surely makes for such a definite thing to do.

Jio To Offer 5G Services Throughout India By Dec 2023: Ambani