Crushing upon commitment- how to crush over your love instead 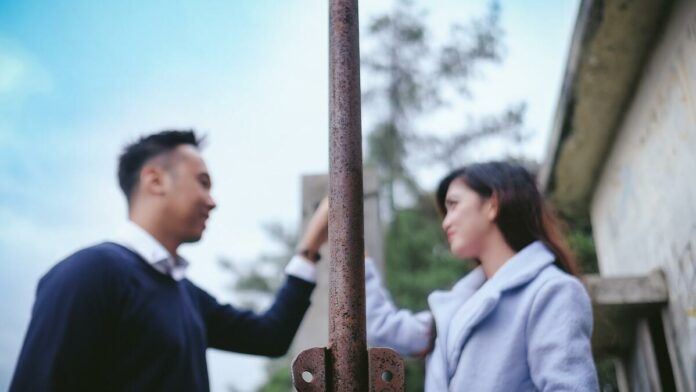 Being in a committed relationship might seem to be the ultimate guarantee in love surety but if romances tended to be so blissfully simple affairs then life would be so lacklustredly basic. Instead, romantic encounterings happen to be more of a roller coaster ride even when there prevails a certain contentment and fulfillingness across it all. To put it simply, love is anything but dull and whether it manifests in such forms as arguments and passion to keep the spark alive in relationships or dwells instead on an external ground of ruling to potentially cause havoc, it always is a recipe feeding of the wide expanses of the every second dramatically pounding heart.

In fact so dramatic is the working of the heart in its stemming of love that more than often defies logic and reason to simply set about seeking out something that it randomly loses itself over. That is a realisation peculiarly enriching of the lives we live, drenched in that charming nonchalance of a reality that feels as dreamy as it possibly can. But consider life in the less charismatic expression of a stark realisticness and this straying of love can be reason enough to lose some sleep and break some hearts over. Which of course is not the most rosy of propositions one would like to deal with.

And yet, one has to deal with all such love(ly) prospects in all their (halfhearted) unwillingness and carefully restrained behavior, since falling prey to the extravagances that the heart pursues is but a temptation that perhaps only the monks can resist. No wonder then that even such pair of hearts bound in the most resolute commitment of the profound love cannot help but end up beating sometimes in tune to a throbbing one not ‘meant’ for them.

Occurring very often as crushes and sometimes also in assertions as menacing as an additional love interest, romantic relationships might be rather threatened by such alien invasions of their love space. But dealing with the threat rather than dismissing it is what helps in ensuring that the true spirit of commitment is maintained so that it is the love that is deeper and soulfuller that prevails as the one ultimately winning hearts over and claiming it back from whoever had presented that opportunity in its so empathetic establishing after all. Here’s how to handle the guilt loaded, dilemmatic and love crazy phenomenon of an out of the committed love emergence to celebrate love truly in its secure safety-

Before beginning to actually address the conflict that exists supposedly in the form of a crush working their way into your already blooming and blossoming love, it would account to quite something if one makes for the allowance of crushes being actually fun, harmless entities in existence that makes life at least a bit more exciting. Whether one is 13 or 30, or in fact residing at any point along the age range which is nothing more than numbers indeed, crushes are always redolent in a certain specific emotion of one that necessarily makes everyone feel like a teenager. Which makes it a special experience worth revisiting or better still reliving occasionally- even when one might be absolutely, completely devoted to the real life of their lives.

And given that this only is natural- enough to have science backed reasonings behind it, merely having a crush on someone therefore is no reason to make such a big deal out of in a life that surely can do with some added beauty which is what crushes usher in indeed in a whole complete package of them. The point being that just because you are committed to someone and are head over heels in love with them with a happy reciprocal relationship to cherish as well does not mean that you cannot harbour a crush or two- or as many of them as your heart manages to take a fancy to!

Exercise some self control

Crushes might be all fine and good a representation in living as concerns the innocent fun and intriguing charm of them. But when this peculiar identity of someone who manages to trigger that inexplicable excitement in you seems to be taking as peculiar a notion in its awareness as well, it’s time to cut yourself back from the sack of slack self approved upon yourself. Of course this is something exclusive with respect to such romantic cases that has either the crush or the crusher or both already being in a love relationship with someone one. It is in such situations that one needs to exercise their judgement and act with restraint to ensure that their stable bond does not risk the scope of being hijacked by the volatility of their excited emotions aroused by the mischievous plays of the hearty player.

Exerting control upon your emotions and restraining even more the fantasies spurred by that absolute surrendering to the feels is what one should be doing when they chance to crush upon someone while already being in an established non- open romantic relationship. And it isn’t just the emotions that need to be kept under check. Equally vital it is to ensure that one does not act in such manner that actually amounts to pursuing the crush even in very unpretentious ‘efforts’ of say lingering around at work after one’s logging off time simply to be around that person or such similar statings in mildness but consequential massiveness.

Show also some self consideration

That said though, even in being stern with yourself as regards to your continuing advances towards the crush, it also is equally important to not come down too harshly upon oneself. Because having a a crush is very natural irrespective of your relationship status, you need not panic nor be driven to guilt about harbouring one at this point of your life when the commitment has been long and firmly established. Blaming yourself makes the desire to actually uncrush- whatever that means- a rather futile attempt since you would be dwelling in a very vulnerable state of existence. And it is in moments like these when one is alarmingly fragile that they tend to sink even deeper into the succour of what that immense appeal in crushing upon someone indeed delivers.

Instead, it would make more sense if one actively tries to divert from that unintended path of action by working into themselves such reasoning that are well based on sound judgement. This means that you need to be clear of the fact that you are doing no wrong while also making allowance for the fact that there still exists scope to align yourself more to the right. The assertion could be as tricky as it is crucial but let the profound privilege of loving and being loved appear to yourself in as clearer and realistic terms of it as possible and it should be only a matter of time taking up a few attempts in some inward looking contemplation before you manage to emerge more in love with your partner from this episode covertly crushing.

Dealing with yourself as the one having a crush is one thing, having to deal with your existing relationship while carrying that extra realisation in your heart is another. Depending on the type of person your partner is and the understanding that you bear of the relationship and of each other which should be acceptably accurate in case of a real and not forced upon choosing of commitment, it would make sense to either share the secret with your person or keep it to yourself.

There are a lot of things to be considered in this respect like respecting the sentiments of your partner that might reveal as an outburst or taking care enough to not hurt them in the first place, even when what you are having is just a crush since that might occur differently to someone who might be a bit shaken by that reality, which is what makes this divulgence of information not something as straightforward as it might seem to be. The approach depends on the nature and type and strength of your bond and must therefore be carefully considered and worked out before taking the plunge in revealing.

Make way for the charm of the crush to manifest itself

One rather interesting and contradictory almost way in dealing with having a crush while being committed is being privy to a very universal realisation of everything happening for a reason. As cliched an awareness as it might occur as in its more philosophical and less practical basis, this though can be somewhat considerably helpful in helping one exercise reason so as to not get unduly bothered by the butterflies tickled by a crush especially when one has love by their side.

Recognising this experience in crushing as not a futile pursuit in your greater allegiance to the eternal enigma of love can in fact be a very enriching realisation that might even lead you to be engaged in a more secure relationship. Having a crush comes with many perks and one of them surely is the boisterousness that finds way into life as a result of such flutters of the heart. This upbeat vibe essentially permeates every spectrum of one’s existence such that they emerge to be happier, better and more pleasant assertions of themselves which leads therefore them to brightening their prospects in every arena of life, romance included.

More specifically though in greater relevance in the relationship spectrum, crushes can also be a positive phenomenon to actively pursue even of course well within the limits of it. When one develops a crush on someone because they are attracted to a certain facet of their character or a certain doing of their kind, it can very well inspire the one influenced enough by such remarkabilities to take a fancy to them to try and work some strands of that magic in their own relationship. That obviously again calls for a logical taking to that certain something so as to not alter one’s unique relationship identity itself or completely emulate the other so that they become a lesser individual themselves. But in offering still the scope for an exciting newness to find way into their routine existences and perhaps somewhat laidback relationship, crushes still can yield the characteristic charm of their coolness to in fact better even the romances it had once seemed to be threatening.