A dog who attacked its owners wouldn’t stop until it was shot by a Philadelphia police officer early Thursday morning. Two people, a husband and wife, were hospitalized with severe bite wounds.

The mauling happened shortly before 1 a.m. near the corner of 5th and Venango streets in Hunting Park, 6ABC reported.

When police arrived on the scene, they found the pit bull mix latched onto the arm of its 41-year-old male owner, authorities said. He also had bites on his neck, torso and legs, FOX29 reported.

The couple’s sons, 18 and 19, were hitting the dog with a baseball bat in an attempt to make it let go of their father, but police said this only made the animal bite down harder.

The dog didn’t end up releasing the man until an officer shot the animal once in the side, authorities said.

His 38-year-old wife was also bit and suffered a severe leg wound. Both were transported to Temple University Hospital.

Police say the dog survived the shooting and was retrieved at the scene by Animal Control.

Authorities are still unsure what caused the attack. Animal Control and SPCA will investigate the incident.

The Best Hotels to Stay in Barcelona • The Blonde Abroad 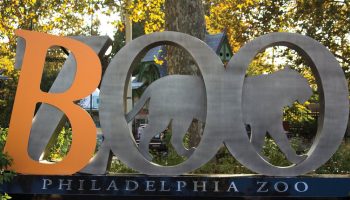