DOJ charges dozens for $1.2B in telemedicine fraud scheme 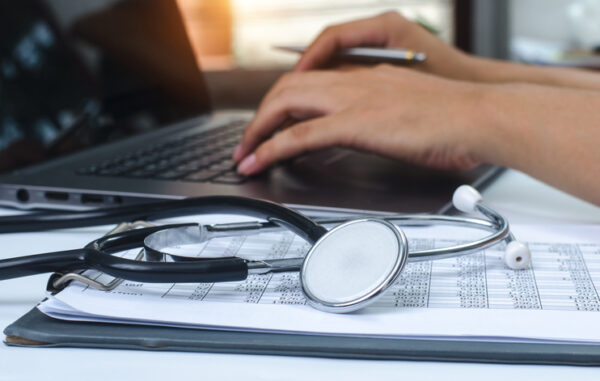 The Department of Justice has charged 36 telemedicine providers and executives across the country, as well as medical equipment companies, for allegedly participating in a fraud scheme that involved ordering unnecessary genetic testing in exchange for illegal kickbacks.

The cases are some of the first in the country to involve charges related to fraudulent cardiovascular genetic testing, a “burgeoning scheme,” according to a news release from the DOJ.

“Cardiovascular genetic testing was not a method of diagnosing whether an individual presently had a cardiac condition and was not approved by Medicare for use as a general screening test for indicating an increased risk of developing cardiovascular conditions in the future,” according to the DOJ news release.

In one case, the operator of several labs was charged in a purported scheme to pay more than $16 million in kickbacks to marketers who then paid kickbacks to telemedicine companies and call centers in exchange for doctors’ orders. The lab operator allegedly submitted more than $174 million in false and fraudulent Medicare claims and results from the genetic testing were never used to treat patients.

The government is now seeking to seize $7 million in cash, several luxury vehicles, a yacht, and property from the lab operator, who the DOJ alleges laundered the proceeds through several bank accounts and entities.

“The Department of Justice is committed to prosecuting people who abuse our healthcare system and exploit telemedicine technologies in fraud and bribery schemes,” said Assistant Attorney General Kenneth A. Polite, Jr. of the Justice Department’s Criminal Division. “This enforcement action demonstrates that the department will do everything in its power to protect the health care systems our communities rely on from people looking to defraud them for their own personal gain.”

In other cases, the DOJ alleges that several people involved in a telemarketing network based in the U.S. and overseas lured thousands of elderly and/or disabled patients to use their services. As part of the scheme, telemarketers allegedly manipulated Medicare beneficiaries to agree to cardiovascular genetic testing. Medical professionals ordered genetic testing whether or not patients needed them, according to officials.

“Often, these test results or durable medical equipment were not provided to the patients or were worthless to their primary care doctors,” the DOJ said in the news release.

As part of the investigation, the Centers for Medicare & Medicaid Services took action in similar cases. On Wednesday, CMS announced that the department seized over $8 million in cash, luxury vehicles, and other fraud proceeds from 52 providers involved in similar schemes.

The investigation is just the latest in a string of telemedicine fraud schemes. In September, the DOJ announced that the agency had prosecuted more than 100 doctors and nurses in a scam involving telemedicine and illegal kickbacks that resulted in more than $1.4 billion in losses.

Art Blocks Does It Differently And Frequently