An increasing percentage of the code that companies use to develop software is open source. In a 2018 survey by Tidelift, a software supply chain management platform, 92% of professional software developers said that their apps contained open source libraries. While that’s a positive trend  — open source confers a wealth of benefits, not least of which transparency — it can have its drawbacks, like low visibility into whether the code might contain vulnerabilities.

A number of vendors are tackling the issue of open source security, offering tools that scan the metadata and descriptors of packages to find known exploits. But Varun Badhwar argues that they don’t go far enough. He’s the co-founder of Endor Labs, a startup that has just over 30 employees and uses graph analysis tech to learn how dependencies are being used within an organization and create indicators of risk.

In a show of investor interest, Endor — which launched out of stealth today with a private beta — has attracted $25 million to date from Lightspeed Venture Partners, Dell Technologies Capital, Sierra Ventures and angel investors, including Palo Alto Networks CEO Nikesh Arora. Badhwar tells TechCrunch that the previously undisclosed funding is being used to support growth while continuing to expand Endor’s R&D.

“If risks to the software supply chain aren’t a boardroom priority yet, they soon will be,” Badhwar told TechCrunch in an email interview. “Open source software offers a rich resource for development velocity, but massive dependency sprawl hinders development and increases the attack surface. The numbers are truly staggering: A typical large enterprise — such as with 10,000-plus employees — has more than two million total dependencies. As a result, developers struggle to maintain, troubleshoot and update dependencies and lose many hours dealing with alert fatigue from the firehose of false positives. Meanwhile, security teams lack true visibility … While the issue appears technical, in this app-driven era, it affects every facet of operations.”

To Badhwar’s point, a recent report released by the U.S. Department of Homeland Security found that one U.S. government cabinet agency spent months responding to a vulnerability in the library of Apache’s Log4j2, a Java-based logging utility, in part because its security teams had trouble identifying where the vulnerable packages resided within their software environments. The White House has indicated a commitment to addressing the broader issue of software supply chain security, openly declaring it a national security problem and releasing an executive order aimed at establishing mitigatory standards.

Prior to co-founding Endor, Badhwar headed up RedLock, a cloud infrastructure security startup that was acquired by Palo Alto Networks in 2018. He served as SVP and GM of Prisma Cloud at Palo Alto Networks post-acquisition, alongside CTO Dimitri Stiliadis, who came to Palo Alto by way of the company’s acquisition of his startup, Aporeto. Stiliadis was also formerly CTO at Alcatel-Lucent’s venture arm and Nuage Networks, a tech company developing software-defined networking solutions.

Badhwar says that, following the SolarWinds breach in 2020, they were spurred to develop a service that could better analyze the potential impact of software updates and code deployments. They both felt that existing tools miss “a whole class” of supply chain attacks and drown companies in false positives about vulnerabilities — such as those arising from bugs in well-meaning developers’ code — without providing a way to prioritize remediation. 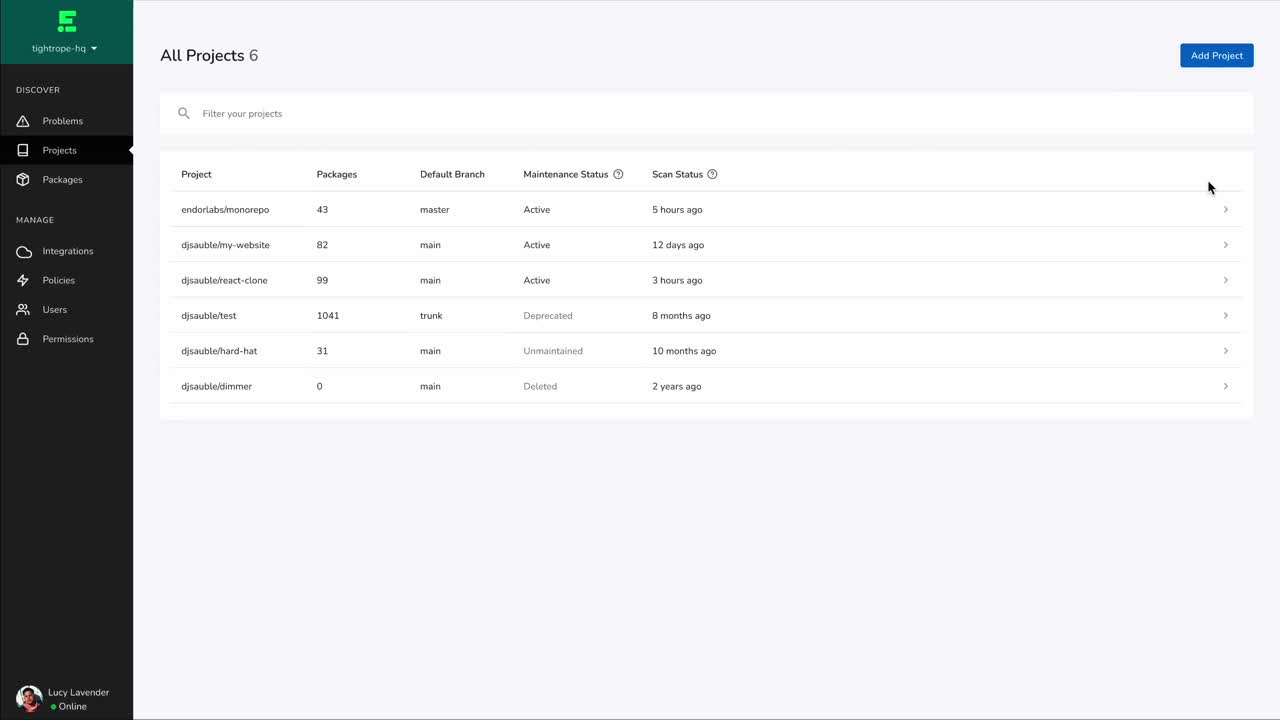 “With 80% of code in modern applications not being written by developers within a company, but, rather, pulled in from open source packages on the internet without any validation, we determined that on average enterprises are often relying on over 40,000 open source packages. Each of those, in turn, bring in an average of 77 additional dependencies,” Badhwar said, alluding to surveys that show security teams are overwhelmed and desensitized by alerts. “This causes massive and uncontrollable sprawl, which slows development while increasing the attack surface.”

To attempt to solve this, Endor applies what Badhwar calls “deep program analysis” to build a dependency graph for organizations’ software. The graph shows how dependencies are being used within an organization — specifically which dependencies are being called from code, which ones are unused and which vulnerable packages are exploitable. Each dependency gets a score based on quality, security, maintainer activity, popularity and cross-referenced CI/CD data.

Endor also provides tools for measuring security and operational risk, as well as removing unused or unmaintained dependencies. Badhwar notes that the graph can be used to create a software bill of materials, establishing a source of truth for a company’s software inventory.

“Our dependency lifecycle management platform features holistic and in-depth visibility into the entire dependency graph, provides a multidimensional signal that both pinpoints and prioritizes risk and helps customers select, secure, monitor and maintain better dependencies at scale,” Badhwar said. “What we’ve built, and are continuing to further develop, is a platform that enables intelligent decisioning and development at speed and velocity, including the reuse of software at scale faster, easier and much, much safer.”

While Badhwar asserts that Endor’s platform is more holistic than most, new rivals in the space emerge on the regular. Just in September, Ox Security, which offers services to strengthen enterprise software supply chains, launched out of stealth with $34 million in funding. Another competitor, Chainguard, has raised several million dollars to build security tools for open source software. There’s also Cycode and Dustico, the latter of which Checkmarx acquired for an undisclosed sum in August 2021.

It’s not just startups that Palo Alto–based Endor’s going toe to toe with. In May, an industry group that includes Google, Amazon, Ericsson, Intel, Microsoft and VMware pledged $30 million to work with the Linux Foundation and Open Source Security Foundation to improve the security of open source software. But Badhwar — who declined to reveal any metrics around Endor’s customer base or revenue — doesn’t see these as a threat to business.

“We have big aspirations to solve hard technical problems in an extremely large market … Endor has been operating in stealth for the past year and in that time has engaged significant customers and prospects,” Badhwar said. “The timing turns out to be ideal, as open source software security has come into the spotlight on a national, if not global, basis … Over the last year, over 75 organizations have provided feedback to us that we’ve incorporated into the product, and are currently in private beta with several companies ranging from 200 to 35,000 employees.”