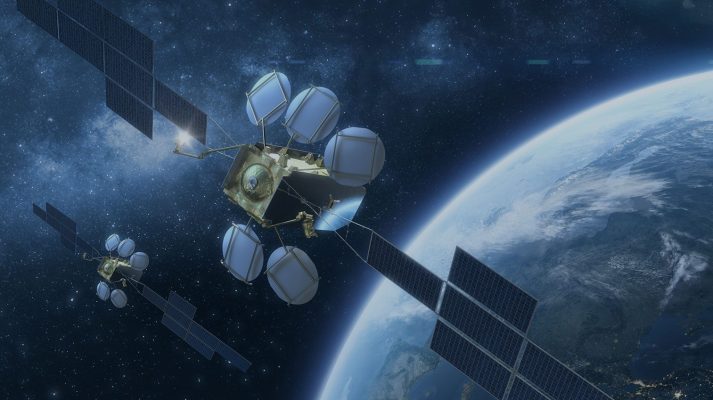 Two major players in the European satellite space are merging in a $3.4 billion all-share transaction, a move that is widely seen as a challenge to Elon Musk’s SpaceX.

Rumors emerged earlier this week that France’s Eutelsat was gearing up to buy its British rival OneWeb, and the duo have now confirmed these plans.

Founded in 1977, Eutelsat is a long-established provider of satellite services for myriad industries, from broadcast television and aviation, to IoT and telecom. The Paris-based company, whose biggest shareholder is French state-owned investment bank Bpifrance, says it currently has 36 GEO (geostationary orbit) satellites in operation.

OneWeb, meanwhile, is a newer entrant to the space, focused on low-Earth orbit (LEO) satellites for delivering internet services. Although OneWeb is ten years old, it only launched its first tranche of satellites into orbit in 2019, and a year later the London-based company filed for bankruptcy having raised $3 billion from a slew of investors including SoftBank, Qualcomm, and Virgin. Later in 2020, OneWeb emerged from bankruptcy with backing from the U.K. government and India’s Bharti Global, with Eutelsat later buying a 24% stake in the company.

A number of notable players are battling it out in the burgeoning satellite space race, including Amazon via its Kuiper project which is expected to begin launching satellites later this year; and Spacex, which has been launching satellites at a rate of knots — the company now has more than 2,500 satellites in orbit, and completed its 33rd launch of the year on Sunday, sending a further 53 into space.

OneWeb, for its part, currently has 428 LEO satellites in orbit, and following its merger with Eutelsat, the duo are planning to double down on their existing partnership which includes a global distribution agreement they entered into back in March. And today, the two companies revealed that they have signed a new commercial partnership that addresses the “European and global cruise markets.”

Ultimately, Eutelsat and OneWeb are touting the complementary nature of its respective products as the big opportunity at play here: Eutelsat’s GEO satellites, which are higher altitude and thus higher latency, are better suited for things like weather forecasts and TV broadcasts. And OneWeb’s constellation of lower-altitude satellites are better for critical communications that require low-latency data transfers. Combined, the company will be better positioned to target a broader array of use-cases across the B2B and B2C spheres.

The operations of Eutelsat and OneWeb are highly complementary. A clear roadmap has been designed to develop over time a complementary GEO/LEO service including a common platform, hybrid terminals and a fully mutualized network creating a one-stop shop solution for customers, providing them with a unique offering and a seamless user experience.

What’s also notable about this deal is that it sees both the French and U.K. governments formally coming together as joint shareholders in the new combined entity, though it’s not clear how much stakes they will each retain in the new company or whether they will have seats on the board.

The proposal notes that the transaction will see OneWeb shares exchanged with new shares issued by Eutelsat, with Eutelsat owning 100% of OneWeb when the deal closes — with the exception of what is referred to as the “special share” that the U.K. government will retain in OneWeb.

It’s worth noting that OneWeb will continue to trade under its existing brand and will remain headquartered in the U.K., while Eutelsat will still operate from its HQ in France and remain listed on the Euronext stock exchange in Paris. Under the proposals, current Eutelsat CEO Eva Berneke would stay as CEO of the new combined company, while chairman Dominique D’Hinnin will also continue as head of the board. It’s not clear what role — if any — OneWeb CEO Neil Masterson would have at the new company.

The transaction, if greenlighted by the usual regulatory bodies, is expected to close by the end of the first half of 2023 — so this potentially has another year or so until completion.