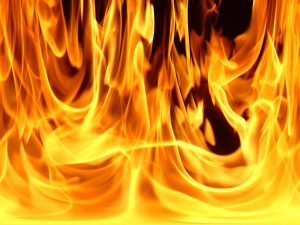 So, Above the Law isn’t really in the habit of giving out practice pointers for lawyers. After all, we’re just a silly little blog read by lawyers, not a law school clinic. But, um, here’s a free tip that is guaranteed to make your practice better: don’t tell clients to “burn” evidence — yes, even if the contents are potentially embarrassing. Your career will inevitably turn out worse than if you had just sucked up the impact of whatever those documents are.

That brings us to the case of private equity specialist and former Jones Day partner Raymond McKeeve. A British High Court judge found him guilty of criminal contempt of court after it was revealed he instructed his client to destroy potential evidence.

McKeeve advised Jonathan Faiman, founder of online grocer Ocado, while developing a rival grocer, Today Development Partners, with another ex-Ocado employee, Jon Hillary. They used an internal messaging app (3XC) to communicate. But Ocado sued McKeeve’s client and, after a search order had been issued that would ostensibly include messages on the app, McKeeve contacted the head of IT and told him to “burn” the app. And when McKeeve gave a reason for the bold destruction instruction, he pointed to potential messages on the app about his wife, a politician.

Though jail time was a possibility, High Court Judge Adam Johnson spared McKeeve that outcome, opting to fine him £25,000 ($28,000). Judge Johnson found a fine, plus the loss of his practice that resulted from this incident, is punishment enough. As reported by Law360:

Judge Johnson also observed that McKeeve should have known what he was doing, but accepted that he had acted in a panic rather than with premeditation.

McKeeve did the “exact opposite” of what his role required, Judge Johnson said. But he acted “impulsively and stupidly” out of sense of personal embarrassment rather than intending to subvert the underlying litigation. According to the judgment, McKeeve’s loss of his career and the apology he offered to the court showed he understood the seriousness of his actions and showed a “sense of shame and embarrassment.”

Judge Johnson rejected Ocado’s argument that the former lawyer “fought tooth and nail” at every stage against the allegations, pointing out that McKeeve had every right to advance what were largely points of law, given what was at stake. But the judge rejected the argument by McKeeve’s counsel that no further sanction was needed beyond the contempt finding because the trial and publicity had left an “indelible mark” on his reputation and ended his career.

Judge Johnson stressed that McKeeve’s position as a solicitor made this a very serious matter, but questioned the necessity in this case of a prison sentence to send a strong message. The judge noted McKeeve’s loss of his position as a “respectful practitioner,” his tarnished reputation and the fact that he was subject to a contempt of court finding.

“It’s naive to think that such a combination of factors will not also have a deterrent effect on other legal professionals,” Judge Johnson wrote.

One would certainly hope this case — plus basically every cannon of legal ethics — would prevent others from making the same foolish mistake.

How do the Phillies and their roster stack up against the Cardinals?