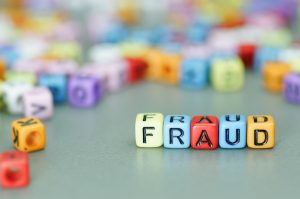 The State Bar of California, in conjunction with the Los Angeles District Attorney’s Office and the National Insurance Crime Bureau, announced the seizure of Peter Shah’s law practice. Or maybe it’s better to say law practices? Well, it’s definitely better to use quotation marks around “law.”

Because Peter Shah, aka Peter Sharokhi, aka Pedram Sharokhi, is not actually a lawyer. But that didn’t stop him from allegedly running “more than a dozen” phony legal practices to scam clients.

In one instance, Shah allegedly hired an attorney to work with him who believed Shah was a lawyer, only to steal the attorney’s identity to illegally practice law.

In another case, bar officials said Shah secured a $25,000 personal injury settlement for a client who believed he was a legitimate lawyer and never told the man.

According to Hernandez, Shah was expelled from law school and never received his J.D. The number of his victims is unknown, he said.

If only he could have finished law school and learned how to scam people the legal way!

On a serious note, folks always need to keep stories like these in perspective. Tales of unlicensed scammers get easily wrapped into anti-reform narratives by cynical establishment types. “The public must be protected from con artists pretending to be lawyers… that’s why we have a bar exam!” That doesn’t make any sense. Licensing regimes don’t necessitate closed-book generalist doctrinal exams. And, not for nothing, but actual lawyers ripping off clients far exceeds the number of imposter attorneys ripping off clients.

Likewise, these are the stories that get deployed to undermine efforts to expand the population of legal service providers. “We can’t have paralegal professionals offering lower cost, limited legal services… think of the risk of fraud!” No. Opening up avenues for non-lawyer providers to address discrete legal needs isn’t what’s endangering the public.

At last week’s RelativityFest, I sat in on a panel moderated by Relativity’s David Horrigan where he asked the panelists about the wisdom of expanding the practice of law — similar to what we’ve seen in Utah and Arizona (and Washington in the past). While the journalists on the panel, such as our columnist Bob Ambrogi, saw these reforms as critical to addressing access to justice, other lawyers expressed reservations about allowing unsupervised non-lawyer practitioners.

But it’s not like a law license magically transforms someone into a professional. These non-lawyer providers may colloquially be “fake” lawyers but they’re licensed, they’re skilled, and they’re bound by ethical rules. They don’t deserve to be lumped together with some yahoo with a scam legal practice.

Appreciate the story on its own merits, but don’t allow anyone to bolt it onto a narrative that everyone outside the lawyer caste is a shady actor.

Because that’s a scam in its own right.

In Memoriam: Do it Best Board Member Rich Lender