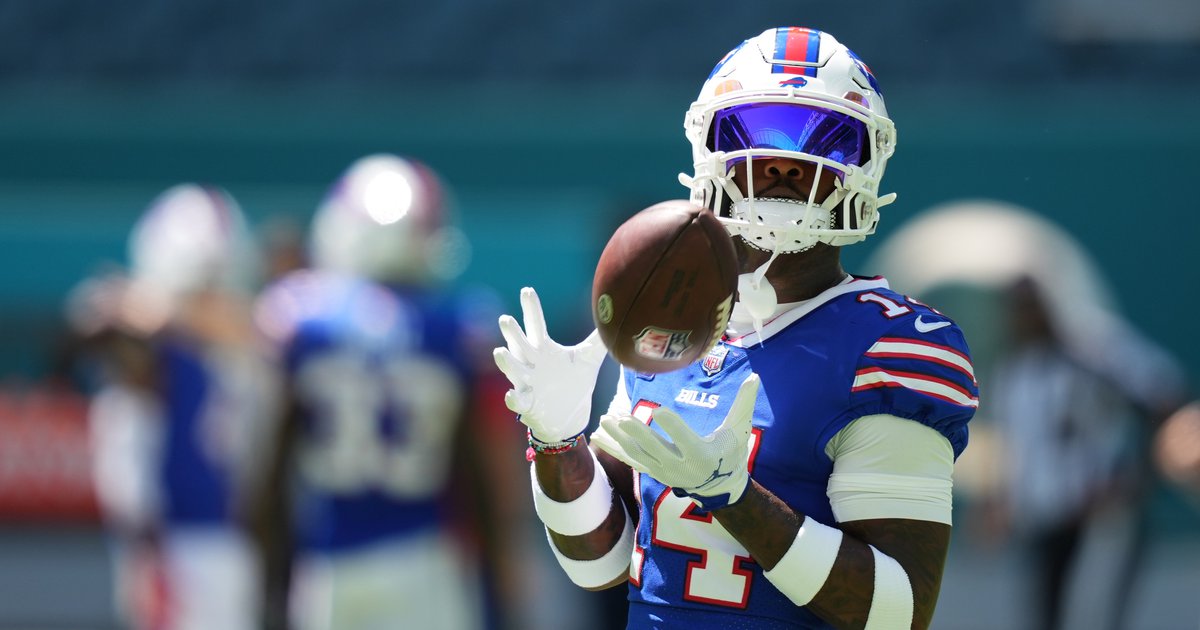 It feels like it’s been a relatively light year so far when it comes to fantasy football injuries, with a fair share of big name players getting hurt but few of the setbacks season enders (so far…).

Week 3 was no different. A handful of key guys, like Stefon Diggs, Amon-Ra St. Brown and Dalvin Cook sustained minor injuries during their games Sunday, but the outlook looks pretty good across the board.

You may have seen the NFL’s leading-scoring fantasy wide receiver with an injury designation if he is on your roster, but rest assured, he’s fine. The pass catcher was having issues with the heat down in Miami and was sidelined for a bit dealing with some cramps. He should be healthy next week in a possible shootout with the Ravens.

St. Brown has been a revelation in 2022 after his strong finish to 2021, and it looks like he should be able to continue raking in targets despite an injury in Week 3. The second year wideout hurt his ankle during the game but was able to return. It seems likely he’ll be fine to play next week but follow his status in practice closely just in case.

Detroit’s other star skill player sustained an injury to his shoulder that he played through. This on the surface probably isn’t that bad, but add in that he was also playing through a minor ankle injury, and the banged up running back might not be in good shape for Week 4. Keep an eye on Swift news this week and be ready with an alternative plan at RB.

#Lions RB D’Andre Swift suffered a shoulder sprain in Sunday’s loss to the #Vikings, per source. It’s not expected to require surgery. But Swift could miss some time.

Jamaal Williams will be startable in all leagues if Swift doesn’t play next week.

Cook hurt his shoulder but it sounds like he will wear a brace and play through the pain when Minnesota travels to Europe for an early morning Week 4 game. Keep an eye on his status and perhaps consider playing Alexander Mattison with Cook less than 100% next week.

The Bears starting running back rolled his leg early in the game and did not return, opening up the road for a monster game for backup Khalil Herbert. Montgomery’s initial scans came back with positive news, and the back is believed to be day to day. Still, Herbert is a must add in every league, especially with Montgomery’s Week 4 status in doubt.

Mixon was a workhorse the first two weeks of the year, but an injury to his ankle kept the star RB from touching the ball in the fourth quarter as we was held to a season low 12 carries (and just 24 yards). Mixon’s status for next week is up in the air, but locating Samaje Perine on waivers if you can find him might be a smart precaution.

Thomas can’t seem to get a break, as a foot injury knocked him out of New Orleans’ Week 3 loss, a setback from which he did not return. Thomas’ status right now for next week us unclear, but Chris Olave seems to be Jameis Winston’s favorite target anyway. Thomas might not be the best start in Week 4 but we’ll see.

Landry hurt his ankle and did not return, leaving a ton of targets on the table for the aforementioned Olave. There’s a chance the Saints are once again very short-handed at wideout next week, but Landry might still be worth keeping on the bench as he’s yet to eclipse 50 receiving yards.

With the two previously mentioned injuries to Saints receivers, it would make sense to focus on Smith for a big potential Week 4 but alas, he too suffered an ailment on Sunday. Smith exited with a concussion and he’ll need to pass through the league’s protocol before playing next weekend.

Jones hasn’t lit the world on fire or anything in New England, but the fact that injured reserve is a topic of conversation in the region right now after an ankle injury sidelined Jones is not a good sign. If you are in a very deep two QB league, it looks like Brian Hoyer might be getting a few starts.

Green has mostly been a fantasy non-factor this year but in case he’s still using a roster spot on your team, he hurt his knee after two targets and no catches Sunday and did not return.

LeSean McCoy sounds off on Eric Bieniemy after argument with Mahomes