Favorite for ever – INNFINITY 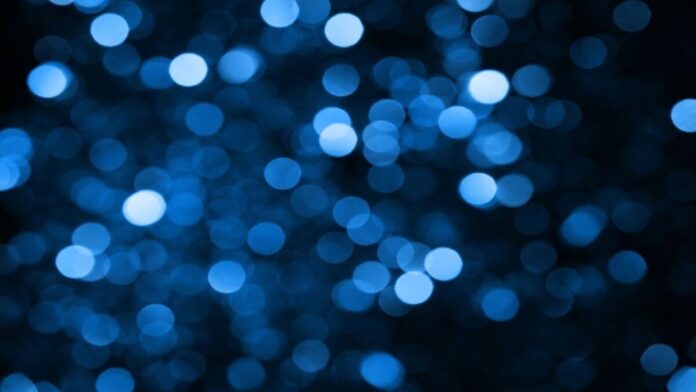 It certainly is no fact hitting straight out of the blue- that blue in fact is the most common favorite color of people the world over. That despite the notion that blue is meant for boys, at least as concerns the childhood living though the world, as boys and girls alike and even more prominently men and women as well take a fancy to the delightful world of blue in all its many hues and tones and shades. And that again despite the prevailing manifestation of its nature as one not so desirable- feeling the blues whether that be of the terrifyingly unpredictable weather or a boringly predictable Monday and still blue manages to emerge winner hands down, every time, unfailingly, assertively and substantially as well.

So what it is about the color appearing as blue in numerous variations of it that make it a universally loved tint not restricted by confines of time and space as well as by dictums of age, gender and stereotypes or even its negative awareness in popular culture? With roughly 35% of the world population instantly proclaiming their love for this particular meaning of blue as has been entailed by the result of numerous studies and researches and surveys, there sure need to be something extra about this shade that we absolutely adorn or even fantasisingly fawn over, depending on the extent and intensity of our likeness. Or at least do not loath upon in general, even when we might not be exactly inclined to that projection in eternal relevance.

Even striking might be the fact that blue has continually managed to outrank other colors when it comes to emerging as the favorite from the very beginning of such human attempts at ranking, if not singling out the most favorite color of our species. The earliest recorded color studies that date back to times at least some three centuries before also had seen blue unfurl its riches as the most preferred of all colors.

It must not be particularly hard though to believe indeed that blue has managed to rule the roost in the color spectrum so effectively and for so long since our own common perception in ordinariness substantiates indeed the immense popularity of this particular word in color translation. Blue eyes for instance regularly emerge as one of the most preferred measure of attractiveness even as blue roses tend to be among the most coveted of beauties despite their not exactly natural origins.

Why this preference for blue is a question that might be longstanding and comprehensive in its ubiquity and one that is not exactly difficult to answer. Think of all the naturally blue things that we are habituated to- whether it be the clear and open blue skies or the fresh and clear blue waters and blue indeed presents itself to us in a prettiness universally desirable. Venture into other areas of everyday relevance not necessarily derived from the expression of this blue brightness of nature and the color still retains its global appeal. From denims that are ‘originally’ blue to ink that is mostly blue, these ordinary but prominent manifestations of blue all around us have managed to make it so ingrained into our consciousness that we automatically derive some sort of a contentment in the familiarity of blue.

As with every other thing we necessarily single out as favorite, it perhaps is the more than common encounter that we harbour with things blue in some shade of it or the other that makes us drawn to this tone in nature and non- nature alike. Of course the narrative extends to also other aspects of the human tendency to weigh basically everything in terms emotional corresponding to the very essence of their species. And so we have blue emerging as the absolute choice in all its connotating of attributes as harmony and faithfulness and confidence and denoting of pleasantness across the range of the calm and serene and pretty, to help us indeed in furthering our already proficient liking for the blues of the universe.

The case of the blue favoritism though also makes for an exploration in contrasts when we tend to the other alternative meaning embedded in the blue reference. Equally steeped in the negative fore of what occurs as pensive and dreary and depressing even is this as universal image of the blue that surprisingly does not affect much our preferences when it comes to naming it our pick from the lot. It perhaps is this mystery also of blue as capable of harbouring within its expansive realm an allure of both the immensely good and the utterly bad that renders us to be more in awe of its nature.

In both the experiences that blue rests in all eternal acceptance of the brights vs the darks when it comes to weighing the essence of it, this us a color that asserts as one of the most intense hues to ever exist. Blue is as much a mystery as it embodies clarity, it signifies innate intelligence and calm confidence in as much emphasis as it lends itself to occurring as the volatile mood swings burdening our existences, it leads us on to introspect and immerse ourselves in the essence of our being while also emerging as much fun a color to totally soak in out of nature’s vastness playing through the depths of the ocean and the zeniths of the sky. Blue then signifies rather accurately the very nature of us humans, never possible to be summed up in definite singularness but dispersing in different tones and shades of personality, endearing thus itself to us in an ‘understanding’ that lures in all the living illusion of it.

The conscious charm of blue as one conventional enough to control our commanding in choice though need not be only and wholly emotional and/ or psychological. Blue works just fine in this regard because it has always been one of the rare pigments that the world has therefore sought out in all its uniqueness. Even as a primary presence among all models of color space, blue is a relatively new name as compared to its compatriots of the hued horizon. One of the later colors to douse the world in generous awareness of its greatness through streaks and tints of breathtaking beauty but in such manifestations that emerged as the stunning shade of choice across realms as diverse as architecture and painting and fashion and flamboyance overall, blue presented a version of sophistication more casual and cool than any of the traditional color schemes to have existed since antiquity.

To say that blue has always been identifying of an idiosyncratic spirit would not be an overstatement of its exquisite riches. Whether it be in presenting vistas of an unbounded universe perched high above the world or in reflecting back that assertion of itself from the sparkling marvel of the watered abode, blue signifies nature’s bounty in its most profuse abundance. That, despite the fact that nature occurs as mostly green in its trees and twigs and grass and growth permeating which would be a panoply of all hues whether primary or derived as combinations in excellence. Blue indeed does accrue to that same set of classification but in dominantly preserving its presence through the sightly span of the sky and the sweeping shimmer of the seas, it ekes out for itself even within the confines of nature a distinction that is curious and captivating all at once.

Whether it indeed is such drama of its character that leads blue to emerge as the favorite of humans when it comes to proclaiming by and large their choice in color or something more inexplicable, like the soothing effect induced by the many a strokes of its multitude of shades that instead bathes it in a recognition hitherto unparalleled, it would be difficult to single out one exclusive characteristic that has made blue stand out not any less majestically than what summons its understanding in such royal resplendence as summed up by ‘blue blood’.

To believe that blue is cool and calm and aesthetic and to come to realise that it can as readily be pertaining to an alternate array of adjectives as spirited and wise and determined while conjuring also as conveniently curations in trust and honesty, hope and peace and the like is enigma enough for this color to standout as being more than just that. Counter this claim in covetion through its also as emphatic, as effective, as essential eliciting of emotions and states of existence as extreme as pensiveness and gloominess and dispirited and blue comes across as even more intriguing a rendition upon the canvas to not command attention. Blame it on this dual play of contradictory character or view it instead as a deeper insight into the conflicting core of the human being and it takes no effort in interpreting just why the blue eyed idiom in favoritism hinges exactly on this certain assertion of the color emerging as the absolute choice of the ideal.

Top Types of Automobiles You can Buy from Online Traders