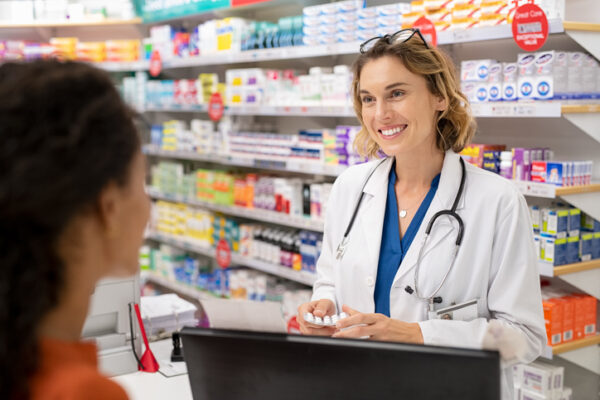 The FDA has authorized pharmacists to prescribe an oral treatment for COVID-19 to eligible patients, expanding access to the drug Paxlovid which was previously only available from doctors, nurses, or physician’s assistants.

“The FDA recognizes the important role pharmacists have played and continue to play in combating this pandemic,” said Patrizia Cavazzoni, M.D., director for the FDA’s Center for Drug Evaluation and Research in a statement on Wednesday. “Since Paxlovid must be taken within five days after symptoms begin, authorizing state-licensed pharmacists to prescribe Paxlovid could expand access to timely treatment for some patients who are eligible to receive this drug for the treatment of COVID-19.”

This is the latest move in the government’s push to make treatment for COVID-19 more accessible. In March, President Biden launched a nationwide test-to-treat program designed to create an efficient process for testing for the virus, and then obtaining a prescription on the same day, if eligible. But without pharmacists able to prescribe medications, that meant a nurse or physician must be present at the test site to then prescribe.

In May, the program was expanded to include federally supported test-to-treat sites.

The American Medical Association has long-opposed provider status for pharmacists. In March, when the test-to treat program was rolled out, the group issued the group called the program “well intentioned” but said it “oversimplifies challenging prescribing decisions by omitting knowledge of a patient’s medical history, the complexity of drug interactions, and managing possible negative reactions.”

This week, the AMA held onto that stance, that physicians should be the ones doing the prescribing. Jack Resneck, Jr. M.D., President of the AMA, said in a statement, “In the fight against a virus that has killed more than a million people in the United States and is still extremely present and transmissible, patients will get the best, most comprehensive care from physician-led teams – teams that include pharmacists. But, whenever possible, prescribing decisions should be made by a physician with knowledge of a patient’s medical history and the ability to follow up. To ensure the best possible care for COVID-19 patients, we urge people who test positive to discuss treatment options with their physician, if they have one.”

Patients seeking Paxlovid treatment, which is an oral antiviral pill, are advised to bring their health records from the past year to show the prescribing pharmacist who will review for any kidney or liver problems.

A list of all over the counter and prescription drugs is also necessary to rule out any drug interactions.

Advocates for provider status for pharmacists say it’s about expanding access. James Lott is a pharmacist and founder of Scripted, a Chicago-based healthtech company that connects patients with pharmacists who can prescribe medicines for non-urgent, common conditions. Lott led a petition in January that was signed by 800 pharmacists and physicians asking the FDA why the emergency use authorization for Paxlovid did not allow pharmacists to prescribe Paxlovid, bringing up that in 2009 during the swine flu pandemic, there was not a clause preventing pharmacists from prescribing Tamiflu.

Lott believes the letter, along with several lobbying efforts by pharmacists, led to this week’s decision.

“This is a big win for patients, pharmacists, and the broader healthcare system as thousands of patients will get more convenient access to these life-saving treatments, which will lead to better outcomes such as less hospitalizations and fewer deaths,” Lott said of the FDA’s announcement.

Roughly 9-out-of-10 Americans live within five miles of a community pharmacy, according to research from the National Association of Chain Drug Stores. Lott wants pharmacists to have the ability to deliver more care like testing on site, checking blood pressure and so on.

However, he said the details still need to be ironed out. “Just because the FDA changed policy, it doesn’t mean your local pharmacy will be able to prescribe this to you next week. There are many things that still need to be straightened out. Training staff, regulatory considerations, and inventory issues need to be settled prior to pharmacies launching these programs at scale,” Lott said.

There are certain limitations to prescribing pharmacists, which include referring a COVID-positive patient to a physician, or advanced practice registered nurse, or physician’s assistant to discuss taking Paxlovid if there’s not enough information to show the prescription isn’t a risk to the patient’s liver or kidney function. Also if taking Paxlovid means a patient would need to modify their current medications, a pharmacist could not prescribe the medicine.

Paxlovid is authorized to treat mild to moderate COVID-19 in patients over the age of 12 who are at high risk for severe COVID-19.