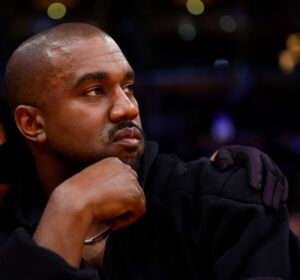 The rapper formerly known as Kanye West, now legally known as Ye, has been on a journey of antisemitic comments. Hateful comments that he’s refused to back away from. He also spread vicious, unfounded rumors that it wasn’t former police officer Derek Chauvin that caused George Floyd’s death but rather fentanyl — and as a result he’s facing a $250 million lawsuit. Plus he wore a “White Lives Matter” shirt to his Yeezy fashion show — though he can’t sell shirts with the slogan thanks to trademarks.

Now Biglaw firm Greenberg Traurig, which currently represents Ye in at least two active litigations, is backing away from the rapper. As reported by Law.com, the firm issued a statement that Ye’s comments are antithetical to the firm’s core values, and are in the process of withdrawing from the representations.

“We condemn antisemitism and all hate speech or bigotry, which is repugnant to the core values we believe in and live,” the firm’s latest statement said. “This firm was founded by individuals who faced discrimination and many of us lost ancestors because of that kind of hate and prejudice. Our firm has notified the courts that we wish to withdraw from our representations and are moving to do so.”

Previously the firm indicated it was “taking steps in response to the reported remarks in accordance with ethical obligations and court rules.” Greenberg did not comment on whether they’d represent Ye on future.

Four other Biglaw firms — as well as family law firm Cohen Clair Lans Greifer Thorpe & Rottenstreich that represented Ye in his divorce battle with Kim Kardashian — have also recently parted ways with the star. First Brown Rudnick decided they were done with Ye when he refused to back off of his antisemitic comments. Cadwalader — which represented the rapper in his separation from Gap — also dropped Kanye. And Pryor Cashman ended its longterm engagement with Ye. Then Quinn Emanuel dumped the rapper.

Ye’s hateful comments have also gotten him dropped from business deals with Balenciaga and Adidas. He was dropped by Creative Artists Agency, and film and television studio MRC announced they were ditching a completed documentary on West.

Why Monero (XMR) Is Struggling To Crack This Resistance Level