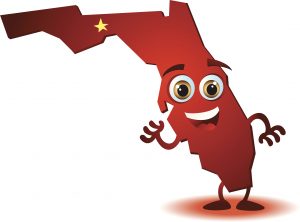 Back in May, an 11th Circuit appeals court panel found that Florida’s ridiculous content moderation law was clearly unconstitutional, mostly upholding a district court ruling saying the same thing. As you’ll recall, Florida passed this law, mainly in response to Trump being banned from social media, that limits how websites can moderate content, largely focused on content posted by politicians. The 11th Circuit did push back on one part of the lower court decision, saying that the transparency requirements of the law were likely constitutional.

As you also know, Texas passed a similar law and the various fights over both states’ laws have been mostly intertwined. Last week, the 5th Circuit issued its bewildering ruling (we’ll have more on that soon) that basically ignored a century’s worth of 1st Amendment law, while misreading both other existing precedent and literally rewriting Section 230 and pretending it was somehow controlling over the 1st Amendment.

Anyway, over the summer, Florida had told the lower courts that it intended to ask the Supreme Court to hear the appeal over its law, and on Wednesday that finally happened. Florida has petitioned the Supreme Court to review the decision, highlighting the two key questions it sees from the ruling. While the Supreme Court does not need to take the case, it seems likely it will. It’s possible that an appeal on the 5th Circuit’s ruling will get consolidated into this case as well, or perhaps it will remain separate.

Florida presents these as the two questions the appeal seeks to answer:

1. Whether the First Amendment prohibits a State from requiring that social-media companies host third-party communications, and from regulating the time, place, and manner in which they do so.

2. Whether the First Amendment prohibits a State from requiring social-media companies to notify and provide an explanation to their users when they censor the user’s speech.

Both of these questions could have a huge impact on the future of the internet. The answer to both of these should be yes. Indeed, there’s some argument that it’s a little weird that Florida constructed the questions in a way where they want the answer to be “no” rather than “yes.” But, beyond that, this case is going to be a big, big deal.

It’s unclear if Florida deliberately waited for the 5th Circuit’s opinion, but the petition plays up the circuit split between the 5th and 11th Circuits.

The Fifth Circuit split with the decision below on the threshold question of whether the platforms are speaking at all when they censor a user’s speech.

The Eleventh Circuit below said “yes.” It reasoned that “[w]hen a platform selectively removes what it perceives to be incendiary political rhetoric, pornographic content, or public-health misinformation, it conveys a message and thereby engages in ‘speech’ within the meaning of the First Amendment.” App.19a–20a. And it reached that conclusion because it thought that “editorial judgments” are protected by the First Amendment. App.20a.

That certainly tees things up for the 5th Circuit ruling to be consolidated into this case.

Much of the argument by Florida is basically just repeating the 5th Circuit’s nonsense ruling, which is to be expected. I don’t need to go over why it’s all wrong — that’s pretty well established. I will have more soon on why multiple Supreme Court justices would need to completely reverse themselves on earlier decisions to agree with both Texas and Florida, but that’s not impossible these days.

Either way, the Supreme Court is likely to hear this and it’s just the future of the open internet and editorial freedom at stake.

5th Circuit Awards Immunity To Cop Who Decided A Suicidal Man Should Be Tased While He Had A Noose Around His Neck
Klobuchar’s Link Tax Is Back… And Somehow Even Worse? Helps Trumpist Grifters Get Free Money & No Moderation From Google
Ohio Supreme Court Says There’s Nothing Wrong With Cops Seizing A $31,000 Truck Over An $850 Criminal Offense