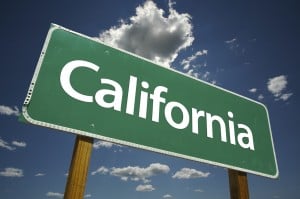 Everyone knows you can’t be compelled to testify against yourself. Unless you’re like… a rapper or something. Desperate prosecutors have taken to using song lyrics to pin criminal charges on rappers. Advocates of free speech and anti-racism have pushed back against the tendency. Art loses much of its power when censorship arises and there seems to be some racial animus to singling out rap music as evidence — many lyrics from death metal songs haven’t gotten nearly as much attention in court.  Thankfully, California is doing its part to prevent rappers from ending up behind bars for their bars alone.

[I]t won’t be nearly as easy to make the First Amendment subservient to judiciary activism or law enforcement overreach in the state of California. The state’s governor has signed a bill that effectively takes rap lyrics off the table in criminal prosecutions, as Eddie Fu reports for Consequence of Sound.

Who knew Gavin Newsom would be the face of saving rap from prosecutors? I wish Kendrick, Roddy Rich, Vince Staples, Remble, and Baby Keem good luck as their home state makes it a little easier to do what they do best.

BNB Holders Should Prepare Themselves For This Trend Reversal