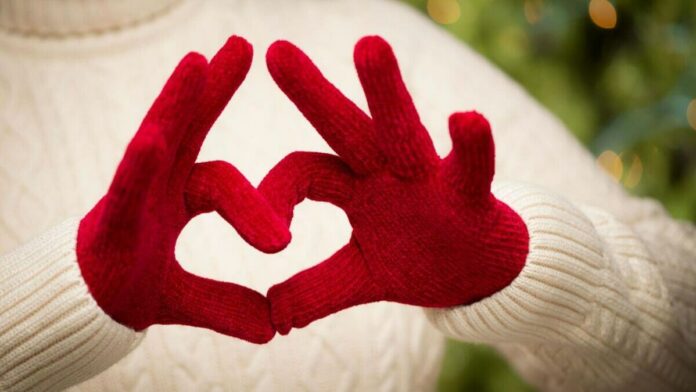 Essential for some seasons, ornamental through others and a mix of both defining their essence otherwise, gloves warm up to their being an element of fashion leaning even when not exactly stemming from that arena of recognition. Why just the dual dimensions of fashion and/ or comfort though, gloves also span a more expansive realm of essentiality in many a other dictates of usage.

From medical intentions to sporting spirits as well as in identities of being industrial equipment and protective gear, this mere manifestation upon just one part of the human hands along its entire fascinating body is a different type of composition altogether. This meandering through the myriad manners in which gloves find expression and essence makes for a much expansive something to consider. But it indeed is the grasp of them along the fibers of the fashion world that tends to be even more interesting an idea in exploration, given the widely worked evolutions upon it.

Gloves have a long history of existence and even when the basis of their being hadn’t been curated by choices of the fashionable, they tend to be really long drawn as well in the style spectrum of residing. Tracing the much ancient beginnings of gloves leads us to an Egypt still ruled then by only its 5th dynasty, when they were used to afford protection from the chills of the weather as well as from other occurrings of injury. Be that posing of physical threat be one encountered upon the graver field of battle or instead be derived from the many a mysteries of nature, the wearing of gloves had been by and large a means in securing the human body.

The extent of time for which the glove has existed thus might therefore amount to a considerable number of the years and decades and centuries and even the ages. But not so much stripped from its essence of well established identity also is the stylistic significance in which specific some pairs find themselves. By as early as the 13th century, gloves found themselves scouting this alternate identity in accessorising.

Starting out as a very female item in attending, worn in lavish assertions of linen and silk and in such extents that well covered the elbows had been these early fashion gloves that however weren’t meant for the holy women. In fact they remained that way for many centuries altogether, with even sumptuary laws in place against the luxurious samite varieties of the 1200s and the perfumed assertions of the 16th century. Exactly when the shift occurred in glove ‘etiquette’ from them to transcend the realms of the unholy and find definite expression as liturgical ornaments isn’t clear but that they did, and did so assertively as well, is indeed what upholds their prevailing in multilinear importance.

And thus emerges today a whole wide world of gloves, some exclusively identifying of their character, others allowing for easy treading of the diversity dwelling in the different digits of them. No wonder gloves as a fashionable something occur frequently in many types and styles and forms and varieties of their visage as well as usage. From the formalness of evening gloves to the versatile endearment of mittens, from fingerless gloves to very warm indeed Christmas gloves, the aesthetics of wearing any or many pair of gloves sure have undergone a sea change of the feel and sight of them.

As a phenomenon in wearing and styling that had been validated by none other than Queen Elizabeth I herself during the 16th century, it was only given that gloves would turn out to be items of great elaboration. Richly embroidered and jeweled, these ‘handy’ elements of much drama indeed came to capture public attention. Carrying well into the modern times this fancy of the striking have been the opera gloves, or what are commonly called as evening gloves, worn ordinarily in very subtle assertions of the whites and the ivories or the beiges and the taupes but to extraordinary effect.

Equally unmissable would be the show that wearing a pair of opera gloves would construct in that exactness of alluding. Referring generally to the elbow length wear of the more general meaning evening gloves are these opera identities, as a definite take upon elegant fashion. A party staple whether they be attending to the graceful requisites imposed upon brides or take upon more occassional essences along proms and ballroom dances, the evening gown is one very ‘performance centric’ in its fashion identity.

Diverging significantly from this sophisticated serving of style and one find themselves much s’mitten’ by of course the very cutesie mitten. More serving of functional expectations while delivering also such fashion statement that plays across as indulgence in the beauty of comfort would be these millennia old again assertion of the glove. What makes mittens emerge as a different dimension of wearing for the digits of the human hand is the lack of them! That is to say, mittens are not as concretely conceived along the lines of every single finger, featuring instead an opening for the thumb and another composite one for the entirety of the fours.

Warmer indeed in their wooly make, residing thus in the fuzzy feels of winter, deriving upon that characteristic charm, mittens knit up in a very adorable character of their own. Evoking of all things very endearing, from children to kittens and essentially availed of their identity as comfort clothing, this variant of the gloves explore also a warmth of much human connection- of residing in a fore of the cultural in and beyond their recognition in fashion.

The very quaint charm of mittens is such that finds also exploration in equally charming many a regional knits of them. Particularly appealing would be a couple some stemmings from the Nordic countries of Sweden and Norway, even when the distinction of them is in terms of the pattern of design and not so much about the style of their sporting. Nevertheless, they tend to be very distinct identities still like the Swedish Lovikkavante mittens or the Norwegian Selbuvott ones.

The emerging of the Lovikkavante is one much distinguished as well, availed out of the world’s largest mitten as a snug specimen of hand knitted beauty. The traditional technique of its making is one more intricate as well while the as traditional knit of what makes up the Norwegian variety is also no less unique. Marked by its sporting of the octagon shaped rose pattern known as the Selburose, this demonstration of the artistic also sums up many a related components of the cultural unfurling for the cold country more than warmed enough by its characteristic identity of the Selbu mitten.

Other less special but equally sustained still styles of the glove continue to chart out their dual roles even within the considerations of fashion. Peek into distinct some eras of fashion history and the gloves stare as a glaringly present entity in that context of essential presence- even when the essence would not be so much of protection though. The Victorian era in particular is prominent in its handling of gloves as a fashion accessory. But underlying this slip of the fingers into that snug fit of a matching piece of clothing would be a greater association in status and class. That though would only be the return of a ‘trend’ that gloves had found themselves in, in also an earlier period of fashion history.

Before fashion gloves came to find favor with the common people, the status of their wearing had already been explored by the royals and the nobles of history. Whether it be the most famous example in antiquity of the Tutankhamun type or the extravagance frequently playing out through the royal ensembles of Henry II of England or Queen Elizabeth I, the etiquette in donning gloves as something very stately indeed a symbol of the riches and power and prestige has been prominently prevailing.

As distinguished happens to be the status enjoyed by these pairs of hand protectors in their occurring as customary a need across some instances of the religious. Asserting under the specific identity of pontifical gloves probably intended to keep the hands of the wearer clean while performing religious anythings, they though signify also a greater show in pomp and ceremony of the bishops sometime around the 10th century.

This trail of the continuing upon which gloves have long had human fingers slid into has thus evolved considerably through the times. So much so that today there probably exists a pair for pretty much every reason and season catering to different expectations and needs of them. The differences manifest not just in terms of utility but also in more fashion specific curations of fabric and design and make so that they be as essentially serving of the purpose in adorning as they do in convenience.

Be it cute Christmas gloves or sexy lace ones, a warm woolen pair or a luxurious leather one, a full length covering or a fingerless one, one made to standout or another meant to conceal instead, gloves are quite literally the hands-on accessory you never knew you needed. Explore more custom cut versions of them and every single one from the ‘half a pair’ jeweled Michel Jackson glove to the Breakfast in Tiffany iconic LBD with gloves sporting by a charming Audrey Hepburn or even the recent bizarre debut of the ‘condom glove’ will only strengthen their case of standing in the entire style synopsis.