Grace and Proper, a Portuguese-inspired Eurobar, to open inside Italian Market corner store that once housed G.T. Manilo Drugs

Grace and Proper, an Italian Market bar that has been eight years in the making from the husband-and-wife owners behind Hawthornes, Sonny’s Cocktail Joint and WineDive, finally will begin serving drinks and Portuguese-inspired dishes Friday.

The new restaurant, at 941 S. 8th St., occupies the former space of G.T. Manilo Drugs, a corner pharmacy that began operating there in 1920. The building later housed Sam Grasso’s, a grocery store and deli.

Owners Chris Fetfatzes and Heather Annechiarico have described Grace and Proper as a vintage Eurobar, where guests can sit at the bar and catch soccer games, including the World Cup.

“We are very proud of the space. We are so happy to bring a dilapidated old building into the new world,” Annechiarico said. “It has been a true labor of love to bring it all to life, and the results keep getting better and better the closer we get to open.”

Many of the original features from the drugstore have been restored as part of the renovation, including the building’s high tin ceiling, exposed brick, vintage light fixtures and hexagonal mosaic tile.

“The flow of the space is based on Portuguese and European corner bars,” Fetfatzes said. “We aim to provide comfortable, casual service that’s graceful and proper. The concept is our love letter to Portugal, postmarked from the Italian Market. We can’t wait for everyone to read and experience it.” 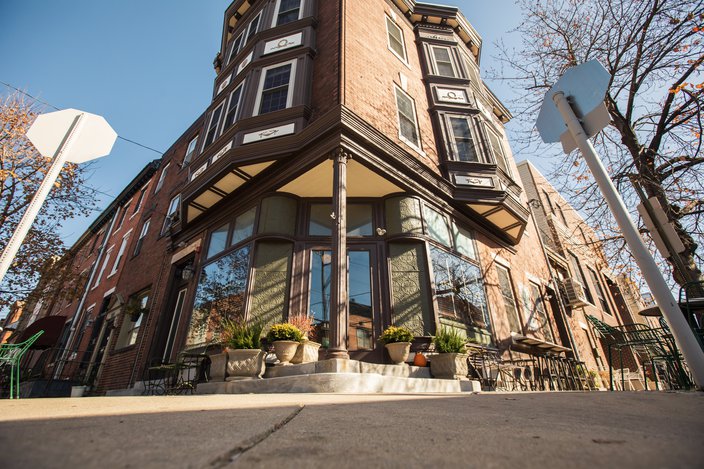 Grace and Proper, a new bar at Eighth and Carpenter streets in South Philly, sits in a corner storefront that once housed the G.T. Manilo Drugs pharmacy.

The restaurant features an extensive wine list from Portugal, Spain, Italy, France and California. The bar also serves bourbon from the Buffalo Trace Distillery and scotches from Edrington. Cocktail prices range from $10-$14, including one drink called “That Nicholas Cage” with bonded bourbon, honey, white truffle, lemon and lavender.

“We have a passion for salt of the earth food traditions, and there are few places quite like the Italian Market that allow for a space for such things to be celebrated,” said Susan Freeman, the bar’s co-owner and long-time operations director for Hawthornes Restaurant Group. “We believe we nod to the Italian Market with our space, but we add to the options that are already available with unique takes on Iberian classics.” 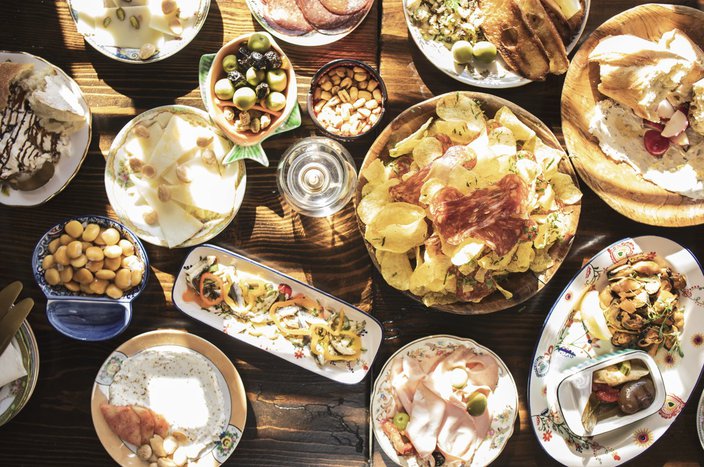 Grace and Proper will offer a range of Portuguese and Euro-inspired menu items.

The 660-square-foot space has indoor seating for about 40 guests, with standing room space around the main bar. Shaded outdoor seating can accommodate an additional 30 people.

Beginning in January, Grace and Proper plans to hold weekly Tuesday tastings and other special events. The restaurant also intends to host an annual anniversary party in honor of the pharmacist G.T. Manlio, who used to hold grand Christmas dinners for the city’s “druggists” at the nearby Hotel Palumbo.

The restaurant will be open from 4 p.m. to midnight on Mondays, Wednesdays and Thursdays. On weekends, it will open from noon to 1 a.m. on Fridays and Saturdays, and from noon to midnight on Sundays. It initially will be closed on Tuesdays, but can be booked for private and special events.

Why did the Blue Jays trade Teoscar Hernandez?