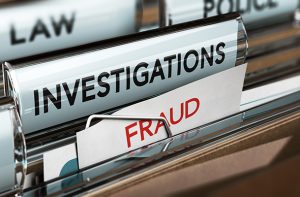 In the early years of my practice, I mainly helped set up tax-exempt entities for people who wanted to start a charity. In those days, setting up one of these entities — especially a 501(c)(3) — was expensive and time-consuming. The filing fee was $400, and applicants were required to complete a 20-plus page application called a Form 1023 along with all sorts of supporting documentation including a nondiscriminatory policy, conflict of interest procedures, and bylaws or operating agreements. And on top of that, they would have to register as an exempt organization with state and local governments.

Also, existing organizations whose exempt status was revoked by the IRS would have to restart the cumbersome application process to be reinstated.

The onerous process deterred many small charity groups from formally seeking tax-exempt status or getting their status reinstated. They operated underground or as a for-profit entity.

In 2014, the IRS released a simplified application called the Form 1023-EZ. Applicants using this form pay a reduced application fee and only answer a few questions about their organization.

This seems like a simple solution for startup charities and creates less hassle for the IRS. What could possibly go wrong?

The New York Times featured Ian Hosang who was able to get 76 fake nonprofits approved by the IRS, mainly by using the Form 1023-EZ. His nonprofits used the names of established charities such as the American Cancer Society and the United Way. He used these fake organizations to receive money from people who thought they were donating to a legitimate charity.

To date, the IRS has done nothing, but Hosang was indicted by the state of New York for stealing over $150,000 by soliciting donation using the names of fake charities.

The IRS’s tax exempt division didn’t catch this, even though a background check could have raised a few eyebrows. In 1999, Hosang pleaded guilty to fraud and money laundering. Also, his nonprofits, despite using the names of prominent charities, used the same rented mailbox address in Staten Island.

This scenario should not come as a surprise to the IRS. In 2016, its Taxpayer Advocate’s Office issued a warning that the Form 1023-EZ’s high approval rate could lead to incorrectly accepted applications and fraud.

It is likely that the IRS will take remedial steps in response to the New York Times article although it remains to be seen whether the agency will make any public statements. There are a number of things the IRS can do, each with its own issues.

The IRS can update its computer infrastructure so that certain applications are flagged for review. This includes applications using well-known names, and unusually high number of applications coming from the same address or name. This is likely to be very expensive and is not foolproof.

Another option is to scrap the Form 1023-EZ and go back to requiring applicants to submit the more extensive Form 1023. But this will create a burden or a barrier to startup charities.

Or the IRS could announce that they will closely review future applications. While this seems to make sense, the IRS must take care not to alienate certain groups. Just a year before the Form 1023-EZ was released, the IRS’s Tax Exempt Division was accused of denying exempt status to organizations connected to conservative groups. This led to an investigation by the then Republican-controlled Congress and resulted in the resignation of the IRS’s Acting Commissioner and the retirement of the head of the IRS’s Tax Exempt Division.

The IRS could conduct background checks on individuals operating organizations seeking tax-exempt status. This must also be handled with care. Background checks could add to the administrative costs, both to the IRS and to the applicants who must also get a copy of the background check and respond to any negative entries. In addition, this might unnecessarily burden people with criminal records. It is not uncommon for people released from prison to set up charities to help fellow former inmates and troubled youth.

While Hosang’s scheme seems like an isolated incident as opposed to a systemic problem, there needs to be changes on how tax-exemption applications are reviewed. On the one hand, it should not be difficult for legitimate charities to receive tax-exempt status so they can help those in need and ease the burdens of government. But applications should be appropriately scrutinized to prevent the type of fraud Hosang is being accused of. No one at the IRS should be investigated or fired. Instead, this should be a teachable moment and an opportunity to implement common sense review protocols.

How Long Does CBD Oil Take to Work For Anxiety?