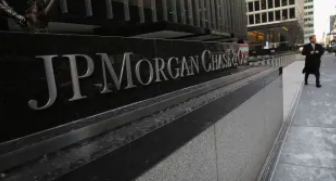 On the matter of the massive and hilariously-named Cum-Ex tax fraud probe across northern Europe, location is everything: The British hedge-fund manager accused of masterminding the scheme—which involves delaying delivery of a purchased share until after a dividend is paid, allowing both sides to claim the resulting tax rebate, and which Sanjay Shah says was totally legal—couldn’t go home, but was safe in his luxurious Dubai home… until the Danes struck an extradition deal with the Emiratis.

Paul Mora is in no such jeopardy: The New Zealander is safe strolling among the sheep because New Zealand—like the country seeking him, Germany, doesn’t extradite its own citizens. Multinational financial giants aren’t so lucky. As those trying to get the hell out of Moscow know, it’s not quite as easy as just airlifting your office block to somewhere conveniently beyond the reach of Vladimir Putin or the Cologne prosecutors’ office. And since the Frankfurt police don’t have a hell of a lot else going on, they’re more than happy to take the occasional field trip to one of those nice big office buildings by the Main to have a little look-see around for anything incriminating Cum-Ex-wise. They already know their way around Deutsche Bank HQ as though it were their childhood home, and they’ve enjoyed their excursions to Barclays’, Bank of America’s and Morgan Stanley’s pieds-a-terre in town. So we’re sure they were more than happy to get an invitation to JPMorgan’s place this week.

“We can confirm that our Frankfurt offices were visited this week. We continue to cooperate with the German authorities on their ongoing investigation,” a JPMorgan spokeswoman said.

A spokesman for the Cologne prosecutor’s office said authorities have been in the offices of an unnamed bank, and in auditing and tax-consulting firms, since Tuesday. It also looked for emails and other written correspondence in the homes of four suspects.

Sharing Your Story Through Social Media