Judge Gets Booted From Bench For Treating Courtroom Like Game Show 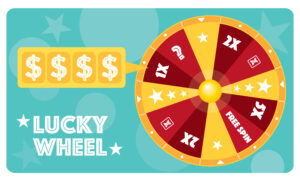 The Ohio Supreme Court has indefinitely suspended Judge Pinkey Suzanne Carr from the practice of law and removed her from her judicial office — without pay. The court extensively details Carr’s misconduct, saying she “ruled her courtroom in a reckless and cavalier manner” and “conducted business in a manner befitting a game show host.”

That’s a pretty evocative way to describe courtroom behavior, but it probably leaves you wanting some details. Fear not, the court’s opinion divided Carr’s behavior into five categories of misconduct.

As reported by ABA Journal, Carr did not follow the presiding judge’s order to reschedule cases due to COVID-19.

When criminal defendants did not appear on their initial court dates, Carr issued warrants for their arrest and set bonds ranging from $2,500 to $10,000. Carr waived fines and court costs, however, for defendants she deemed to be “brave enough” to show up.

She also denied this behavior to local news and the presiding judge.

Carr routinely conducted hearings when a prosecutor wasn’t present, so that she could avoid complying with safeguards. She also “unilaterally recommended” plea bargains to unrepresented defendants when no prosecutor was present and accepted the pleas “without explanation or discussion of the consequences,” the Ohio Supreme Court said.

In at least six of the 34 cases, Carr unilaterally amended charges against the defendant and falsely attributed the amended charges to prosecutors in her judgment entries.

In addition, Carr “frequently stated that she was waiving fines and costs based on the defendant’s birth date or its proximity to the date of the hearing, a holiday, her own birthday or the birth dates of her family and friends,” according to the Ohio Supreme Court.

Three: Improperly using warrants and bonds to compel payment of fines and costs.

Carr regularly set hearings on defendant’s ability to pay fines without notifying the defendant or the clerk. When they failed to appear, Carr would issue a warrant and set a bond between $2,500 and $25,000. When she finally stopped this practice, this is what she said in open court:

Four: Lack of decorum and dignity consistent with judicial office.

The Ohio Supreme Court found Carr decorated her bench in a variety of novelty items they describe as looking like a “flea market.” She also “presided over her courtroom wearing workout attire, including tank tops, T-shirts (some bearing images or slogans), above-the-knee spandex shorts and sneakers.”

Carr charged a defendant with contempt after they rolled their eyes. She also admitted she “acted in a rude and discourteous manner and instigated the incident” that led to a second contempt charge. Carr failed to recuse herself from the contempt case.

“Carr’s unprecedented misconduct involved more than 100 stipulated incidents that occurred over a period of approximately two years and encompassed repeated acts of dishonesty; the blatant and systematic disregard of due process, the law, court orders and local rules; the disrespectful treatment of court staff and litigants; and the abuse of capias warrants and the court’s contempt power,” the state supreme court said. “That misconduct warrants an indefinite suspension from the practice of law.”

Carr’s lawyers were disappointed with the severity of the sanction, and noted Carr has apologized for her behavior.