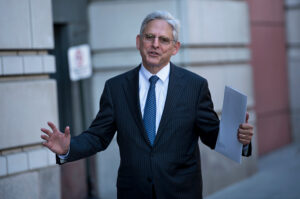 In the week since Donald Trump screeched that his “beautiful home, Mar-A-Lago in Palm Beach, Florida, is currently under siege, raided, and occupied by a large group of FBI agents,” US Magistrate Judge Bruce Reinhart’s docket has been the hottest ticket in Palm Beach. Every major media outlet in the country has piled in, seeking first to unseal the warrant — mission accomplished! — and now the underlying affidavit.

We still need to see the affidavit.

Prosecutors were always going to oppose publishing the affidavit, as they did last night in their response to the motions to unseal, warning that disclosure would “cause significant and irreparable damage to this ongoing criminal investigation.”

As the Court is aware from its review of the affidavit, it contains, among other critically important and detailed investigative facts: highly sensitive information about witnesses, including witnesses interviewed by the government; specific investigative techniques; and information required by law to be kept under seal pursuant to Federal Rule of Criminal Procedure 6(e). If disclosed, the affidavit would serve as a roadmap to the government’s ongoing investigation, providing specific details about its direction and likely course, in a manner that is highly likely to compromise future investigative steps.

That really doesn’t sound like a simple action to retrieve government property, although prosecutors are generously offering to unseal the warrant cover page, the government’s motion to seal, and the Court’s sealing order.

Moreover, as the DOJ points out, all hell broke loose online since agents served that warrant, with threats to the FBI running rampant, not least on the former president’s social media platform. Indeed, before he was killed in a shootout with police outside the FBI field office in Cincinnati, gunman Ricky Shiffer posted to Trump’s Truth Social network, “If you don’t hear from me, it is true I tried attacking the F.B.I.”

The threat to witness safety is real, the DOJ writes:

In addition, information about witnesses is particularly sensitive given the high-profile nature of this matter and the risk that the revelation of witness identities would impact their willingness to cooperate with the investigation. Disclosure of the government’s affidavit at this stage would also likely chill future cooperation by witnesses whose assistance may be sought as this investigation progresses, as well as in other high-profile investigations.

And if that’s not enough to convince Judge Reinhart, who has himself faced both threats and harassment from the rightwing media, prosecutors point to the highly classified nature of the material at issue, which “further underscores the need to protect the integrity of the investigation and exacerbates the potential for harm if information is disclosed to the public prematurely or improperly.”

In a minute order this morning, Judge Reinhart ordered the parties to appear in person on Thursday at 1pm for a hearing.

Let me translate this. It is absolutely driving him nuts that he can’t figure out who the informant is, and he wants an unredacted affidavit that could give him clues to figure it out. His lawyers will get one after he is indicted, just like everyone else in America. pic.twitter.com/VLEM9gzeLc

Have Trump’s lawyers filed a motion to get the judge to recuse? LOL.

What Would You Do? North Carolina State Price Inspections