Latest Round Of Filings In Trump Warrant Case Is Weird AF. Just Like Everything Else About This Case. 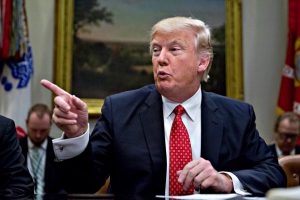 Late Friday night, the Justice Department and Donald Trump’s lawyers submitted their vision board for the special master Judge Aileen Cannon has ordered up to sort through the items seized by the FBI at the former president’s country club last month. Like everything about this case, the most recent filings were wild, although not as wild as Judge Cannon’s fakakta order magicking up equitable jurisdiction, pretending that Donald Trump has a pressing need for whatever personal property got swept up in the search, and arrogating for herself the power to determine what presidential records are subject to executive privilege.

As to the identity of the special master, the government proposes two retired judges, either Thomas B. Griffiths of the DC Circuit, or Barbara Jones of the Southern District of New York, who serves in the same capacity in the cases of Trump’s former lawyers Rudy Giuliani and Michael Cohen. Trump proposes either Raymond Dearie, a retired judge from the Eastern District of New York who served on the FISA court, or attorney Paul Huck, Jr., who has myriad Republican connections, including being married to US Circuit Judge Barbara Lagoa, a Trump appointee to the Eleventh Circuit, to which the government just noticed its appeal. Because Trump didn’t bother to let the government know his picks until Friday at 6 p.m., the parties will comment on each other’s respective candidates in a future filing.

Unsurprisingly, the parties disagree on how long this whole process should take, with prosecutors aiming to wrap it up by October 17, and Trump calling for 90 days. But that’s reflective of the vastly different approaches contemplated by each side. Broadly speaking, the government would like to expedite this process by only submitting documents when there is disagreement — what’s the point of paying someone to examine a document when everyone already agrees that it’s attorney-client privileged? And the government has already moved to eliminate anything which bears a classification marking from the special master process.

For his part, Trump wants the master to review all of it, dutifully designating the framed photos of Time magazine covers as personal property, along with any out-of-season sweaters or souvenir copies of Forbes collected pursuant to the warrant. His lawyers can’t quite bring themselves to mention Trump’s lunatic trial balloons about declassifying broad swathes of documents via mystical incantation, but they do snark that the government “wrongly assumes that if a document has a classification marking, it remains classified in perpetuity.”

Trump also wants Judge Cannon to sign off on unlimited ex parte communications with the special master during the review process, after which the government will be presented with the findings a finished product. Prosecutors want not that.

Naturally Trump’s lawyers joined in the wackassery, making a facially silly claim that the Presidential Records Act allows Trump to regulate access to his papers, excluding members of the current administration and allowing his own designees to frolic in the Archives at will.

If any seized document is a Presidential record, Plaintiff has an absolute right of access to it while access by others, including those in the executive branch, has specified limitations. Thus, President Trump (and/or his designee) cannot be denied access to those documents, which in this matter gives legal authorization to the Special Master to engage in first-hand review.

But the government takes an almost equally audacious stance, more or less telling Judge Cannon that they’re not going to go along with her edict that the master should conduct an executive privilege review at all.

The Government’s position is that the Special Master should not review documents with classification markings; should not adjudicate claims of Executive Privilege (but should submit to NARA any documents over which such claims are made); and should consult with NARA on the determination of Presidential records.

Essentially, prosecutors want Trump to make whatever wildly expansive privilege assertions he likes, and then all the records can go back to the Archives, and a not-insane judge in DC (probably Chief Judge Beryl Howell) can evaluate the claims in accordance with the PRA and tell Trump to go jump in a lake.

None of this makes any sense.

In contrast, Trump wants the special master to designate certain documents as executive privileged, and then … send them back to the Archives. Where the Archivist has already said that she will not honor Trump’s invocation of privilege and will hand those documents over to the DOJ.

So, unless Judge Cannon is planning to order NARA to refuse to hand the documents over to the FBI, the end result will be exactly the same.

As the matter of who will pay the roughly $1,000 hourly fee for exercise in clusterfuckery, the parties are similarly in disagreement. The government proposes that the former president, as the moving party, pick up the tab. But Trump, true to form, wants to split the bill.

Trump’s response to the government’s motion to exclude the classified documents from the master’s review is due today. Surely it will be free from invective and expertly pleaded. LOL.