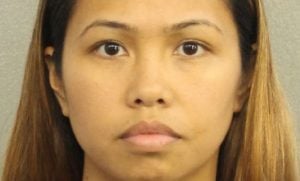 Back in August, after Katharine Magbanua received a life sentence plus 60 years for her role in the murder of law professor Dan Markel, I noted that her attorney’s post-sentencing statement suggested that “Magbanua could be testifying again in the near future.”

As David Lat — who has kept on top of this case for the better part of a decade — flagged last night, it looks like Magbanua really might be about to testify:

Sigfredo Garcia and Luis Rivera drove from South Florida to Tallahassee and fatally shot Markel in his driveway. When captured, Rivera told authorities that the pair were hired for the killing because “the lady wants her two kids back.” Wendi Adelson, Markel’s ex-wife with whom he shared custody, would take the children back to South Florida after Markel’s murder. In between the Adelson family and the killers sat Magbanua: Garcia’s ex-girlfriend and was then dating Adelson’s brother, Charlie.

That feeling when your web of conspiracy is a straight line.

Charlie Adelson now awaits trial after new audio enhancement technology applied to pre-existing audio of Charlie Adelson and Katherine Magbanua speaking over dinner allowed the conversation to be heard clearly for the first time. Presumably, the Proffer session mentioned in the filing is a prelude to a star witness turn at Adelson’s trial.