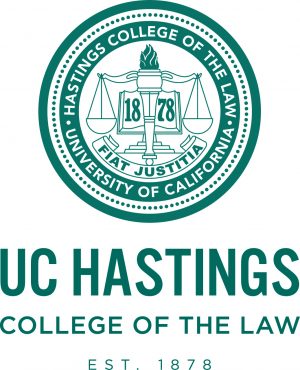 The battle to remove the stain of genocide from the law school has been ongoing for a number of years. Back in 2017, John Briscoe, a Distinguished Fellow of the Law of the Sea Institute at UC Berkeley School of Law and an adjunct professor at UC Hastings College of the Law wrote about the problematic actions of Serranus Hastings (and Leland Stanford) who both have law schools named after them. The men were directly involved in financing Indian hunting expeditions —  that is, killing humans for sport — and they were able to amass real estate fortunes as a result.

It’s hard to sweep aside such atrocities as relics of a time gone by — we are talking about organized hunts to kill human beings, a move they uniquely benefited from financially. They then turned around and used that money to create legacies, such that, 150+ years later, generations of law school grads carry some sort of allegiance to those names.

Last year, the school’s board of directors authorized David Faigman, the chancellor and dean, to work with the California legislature (since the school is named in state legislation) and stakeholders to be renamed in order to distance themselves from Hastings legacy.

As reported by ABA Journal, the change has been widely supported:

Since then, the school has worked on restorative justice measures, including the opening of an indigenous law center. It also hosted meetings with the Round Valley Indian Tribes and its Yuki Committee, and it sponsored eight events to hear the views of students, staff, faculty and alumni.

Some members of the Yuki Committee supported renaming the school with a Yuki-language name. But that drew objections from the Ramaytush Ohlone, on whose ancestral land the college sits.

The school received hundreds of emails and letters on the issue. Seventy-eight percent supported getting rid of the Hastings name, and 22% opposed it. Among those who wanted a name change, 67% wanted a geographic name, 26% wanted another name or didn’t state a preference, and 7% supported a Yuki-language name.

If approved by the California state legislature, the name change will take effect January 2023.

AVAX Still In Crimson Territory As Rejection At $25 Forms