Lawyering In An Age Of Uncertainty 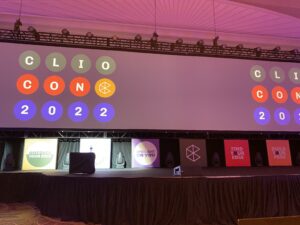 Legal rests on the cusp of what Homer Simpson once billed as crisitunity.

On the one hand, firms haven’t looked healthier in years. The pandemic hit some practice areas hard, but most of the industry weathered the storm successfully after an initial jolt. And, according to Clio’s 2022 Legal Trends Report, law firms are surging with upwards of a 30% uptick in revenue.

Yet the global economy continues to look a little dreary and that economic unease hovered over the strong annual report. Newton framed the conversation a bit by recounting that the month before Clio’s 2008 founding, the cover of the Economist displayed a whirlpool sucking down the whole economy. There’s a special brand of dread for a small outfit staring at a global economic collapse. But it certainly seems like it worked out for Clio — the company is hosting 2000+ attendees in Nashville with over 1000 joining globally through the online presentation.

Solo practitioners and small law firms have a lot to worry about when things go bad. Biglaw may start a round of layoffs, but the firms will eventually come out of it, but economic turmoil can be an existential crisis for smalls and solos. What can law firms do to guarantee they follow Clio’s path as opposed to the path of, I don’t know, Lehman Brothers? Newton champions the idea the concept of “antifragile” law firms.

Drawn from Nassim Nicholas Taleb’s book of the same name (affiliate link), the concept of antifragile ponders the lack of a term that’s properly antithetical to fragility. For Taleb, this calls for an “antifragility” that lives “beyond resilience or robustness.” Newton sees in antifragility a model for the law firm poised to seize opportunity out of downturn.

Newton, the author of The Client Centered Law Firm (affiliate link), sees the ideal antifragile firm living at the intersection of Connection, Creativity, and Technology — delivering for the client in new and more efficient ways.

As one might suspect, Clio promises to help out on this score. Clio’s survey of attorney satisfaction found sizable benefits in staying connected with both clients and colleagues among lawyers working with products like Clio.

And Newton unveiled a number of additional features and updates for users. Clio Grow offers no-code website design for solo practitioners — a website-in-a-box option that can integrate with other Clio functions like scheduling and payments. Text messaging support takes advantage of the growing importance of text messages in client communication — as Newton pointed out there’s a 98% chance that a text message will be read (there’s a less scientific but nonetheless believable 98% chance an email wouldn’t). Court document automation through Lawyaw will expand to all 50 states. And he listed a bevy of improvements to existing features.

It’s weird to come out of a speech about potential economic disaster feeling pretty good about your prospects, but Newton gave the attendees reason to stay positive. It all comes back to the report, demonstrating how Clio’s users stayed ahead of a shutdown unprecedented in the modern era.

But like that financial impact, the self-selected group of smalls, solos, and other not-quite-big firms that have embraced Clio and the world of cloud-based law practice management may be the squirrels that have already secreted away the nuts they need for winter. Because when things slow, the extra sliver of benefit firms can get from delivering faster, utilizing time better, and collecting sooner can add up to tens of thousands per lawyer over the course of the year.

Why SHIB Lost Its Energy after Shiba Eternity Games’ Release