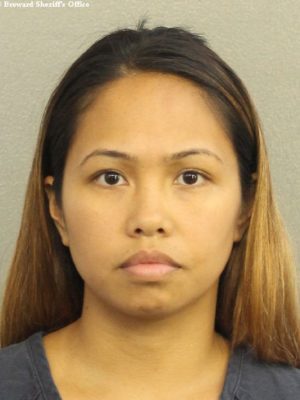 The wheels of justice may turn slowly but they’re still turning. Some eight years after law professor Dan Markel was assassinated in his driveway, Katharine Magbanua received a life sentence plus 60 years for her role in his killing.

The two men who killed Markel were captured in 2016, with one of the gunmen telling authorities that the pair were hired to perform the murder because “the lady wants her two kids back.” Markel and ex-wife Wendi Adelson were in a custody dispute at the time over her desire to uproot the children from Tallahassee, where Markel was teaching at FSU Law, to South Florida. Wendi did move the kids after Markel’s murder.

Prosecutors successfully argued that Magbanua was involved in hiring her ex-boyfriend, Sigfredo Garcia, and his friend to act as the hitmen. She was dating Wendi Adelson’s brother Charlie at the time of the slaying. Charlie Adelson was arrested earlier this year after law enforcement reported that technological advances finally unlocked surveillance audio of Adelson and Magbanua that used to be too garbled to make out.

Dan Markel was brutally murdered more than eight years ago. Today’s sentencing of Katharine Magbanua marks another important step toward accountability and justice. We are grateful for the efforts of law enforcement and the State Attorney’s Office in advancing the criminal case against Charles Adelson and in continuing to pursue all those responsible for Dan’s murder.

For her part, Magbanua’s attorney Tara Kawass read a statement explaining that Magbanua “wants each and every person who had a hand in this and knows something about this to be brought to justice.” That suggests quite the shift after years of not cooperating with authorities. With Charlie Adelson facing trial down the road, Magbanua could be testifying again in the near future.

At the risk of reading too much into it, her words also indicate that there are both people with “a hand in this” and people who “know something about this” still out there, lending credence to longstanding speculation that the case against Charlie Adelson won’t allege that he “went rogue” but had support or at least encouragement from others.

Adelson’s trial is not set yet, but prosecutors are hopeful to have a trial in January, February, or March of 2023.

Solana Pressured To Register A Breakout – Can The Bulls Lift SOL This Week?