Mechanical Brewery celebrates its second anniversary with a two-day party

It’s time to party in South Jersey. Mechanical Brewery is throwing a two-day bash on Thanksgiving weekend to celebrate a milestone for its business.

On Nov. 25 and 26, the brewery is hosting a party for its second anniversary at its brewery. From noon until 10 p.m. at 5 Perina Blvd, guests can enjoy more than 40 beers on tap, newly released beers, hard seltzers, and new merchandise for sale, including hats, shirts, and glassware.

Customers can purchase bundles such as sets of glasses for $26, regularly $40. There is also a bundle that includes a t-shirt, a drinking glass, stickers, and a $10 gift card to the brewery for $30.

The event will have food trucks, music, and more.

“The MB brewing process mirrors his philosophy to re-create something unique from a quality foundation and offers an experimental take on classic formulas to deliver unique hand-crafted beers,” the brewery said in an email. 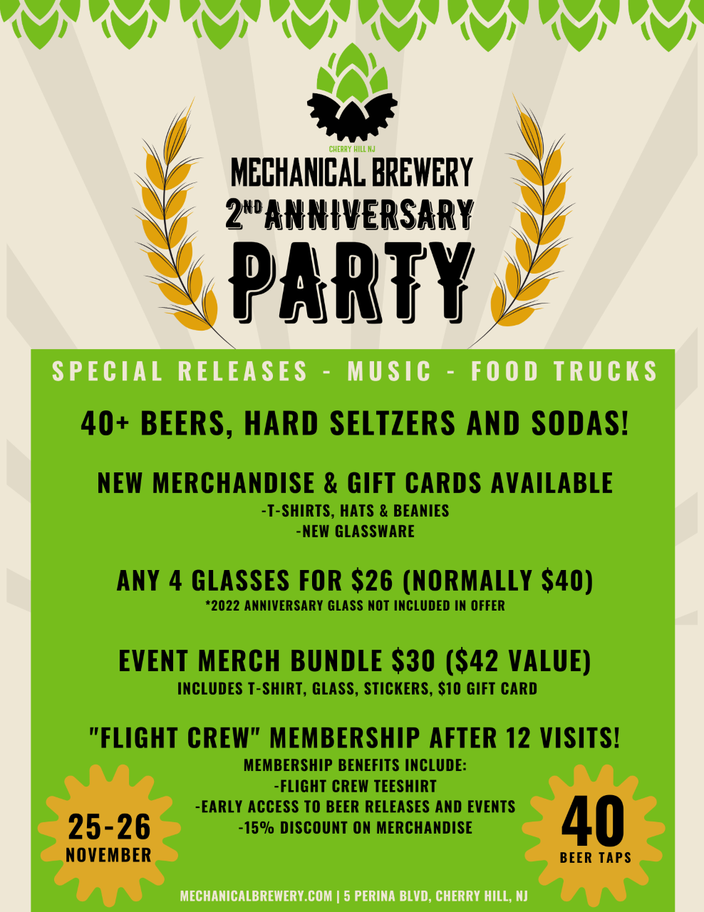