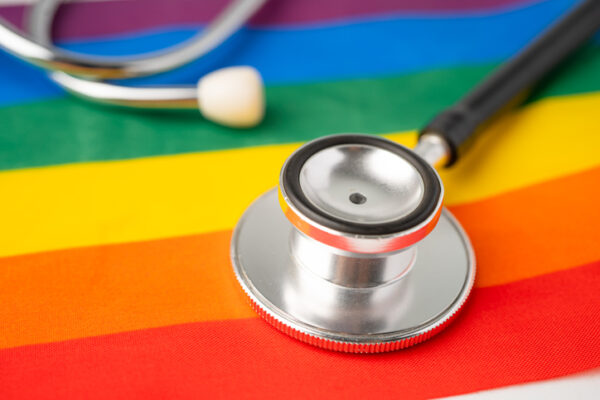 “The attacks are rooted in an intentional campaign of disinformation, where a few high-profile users on social media share false and misleading information targeting individual physicians and hospitals, resulting in a rapid escalation of threats, harassment, and disruption of care across multiple jurisdictions,” the organizations said in the letter. “Our organizations have called on technology companies to do more to prevent this practice on digital platforms, and we now urge your office to take swift action to investigate and prosecute all organizations, individuals, and entities responsible.”

In the letter, the organizations cited violent incidents in Boston, Akron, Seattle, where “physicians are being targeted and threatened for providing evidence-based health care.” Not only do the attacks affect transgender youth seeking to access care, but they impact everyone seeking health services at those insitutions, according to the letter.

In one instance, a new mother was prevented from being with her preterm infant because the hospital’s Neonatal Intensive Care Unit was on lockdown due to a bomb threat, according to the letter, which did not identify the hospital.

One hospital that has confirmed a bomb threat recently is Boston Children’s, home to the first pediatric and adolescent transgender health program in the United States. The hospital confirmed that police investigated a report of an anonymous bomb threat at the hospital Aug. 30.

A spokesperson from Boston Children’s Hospital said the letter from the medical community is deeply appreciated.

“Misinformation is a serious issue in the medical community and the spread of manipulated, harmful and false information, particularly across social media, has led to an increase in threats of violence against doctors, patients, and staff at health care providers across the country,” Boston Children’s Hospital said in a statement.

Care for transgender youth varies by state and has led to an outcry of support from medical advocacy groups and also human rights organizations recently.

“Oklahoma legislators should be ashamed: they’re holding millions of dollars in desperately-needed Covid relief hostage so that they can, once again, demonstrate how much they dislike transgender youth. This is nothing more than extremist politicians using federal relief funds as a weapon to restrict life-saving care for transgender youth, an already vulnerable population who simply want access to medically necessary care,” HRC State Legislative Director and Senior Counsel Cathryn Oakley said in a statement.

In a recent study from the Trevor Project, a nonprofit that focuses on suicide prevention efforts among lesbian, gay, bisexual, transgender, queer, and questioning youth, depression risk and suicide rates are lower among transgender youth with access to gender-affirming care.

The office of the Atty. General did not immediately respond to a request for comment.

How to Give Back to the Communities You Serve