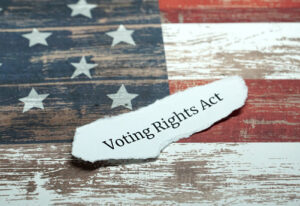 * Requiem for the Vote: The Six Christians of the United States (SCOTUS) are slated to hear a case on voting rights next term. [CNN]

* NJ’s limit on gun ammo capacity is probably about to go the way of the Establishment Clause. [New Jersey Monitor]

* In today’s episode of anti-CRT: Chattel slavery was just an involuntary relocation. [AP]

What Your Customers Want to See Under Their Feet