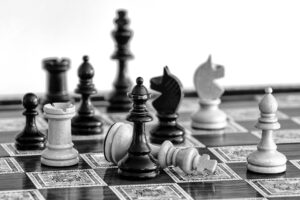 * Your move: $100M lawsuit filed after accusations of cheating during a chess match. [WSJ]

* Does this mean I’d get CLE points for going to a computer lab? [Forbes]

* Enough about the right to bear arms, what about bear rights?! [NPR]

* Been thinking about taking the law school plunge but don’t know where to start? Here’s a primer. [Her Campus]

* Biden’s loan forgiveness survives another attempt at being snuffed out in court. Woop Woop! [The Hill]

Quant Gets Listed On Binance Futures As Price Retests $170; What’s Next For QNT?