For Aug. 5’s review of monetary policy, the primary consideration for the Reserve Bank of India’s rate-setting committee was how to respond to the U.S. Federal Reserve’s actions and its chairman’s communication at the July 27 press conference. The relatively lesser increase in the U.S. policy rate and thereby, a lower anticipated terminal rate, along with Chairman Jerome Powell’s interpretation of inflation and other economic indicators had a profound bearing upon emerging market central banks as these provided some space and hence, the choice as to what to do with it. How the MPC responded to these developments was of paramount importance. Whether it would be swayed by the Fed’s actions and inflation reading or proceed as previously planned would be a measure of the MPC’s risk-taking amidst enormous uncertainty, raised further by the July 27 developments.

With a 50-basis points adjustment in the policy repo rate, the upper end of the consensus range (35-50 bps), the MPC has chosen to not deviate from the previously expected path, which was frontloading the interest rate hikes to reach the endpoint of its tightening sequence sooner than delay the adjustment.

Elevated core inflation with satisfactory growth performance and a positive outlook further convinced such action. More important is the recognition that inflation remains uncomfortably high despite its signs of peaking, which signifies a commitment to an inflation target that the central bank needs to reach. At the post-policy conference, in response to a question if the interest rate hikes were not too sharp, RBI Governor Shaktikanta Das pointed out that large adjustments were in vogue – ‘new normal’, he said – as all central banks were doing that. That’s because central banks are far behind the curve! Catching up is essential and it is entirely appropriate for the RBI’s doing precisely that. The Indian central bank too has a long way to reach the 4% inflation target.

How The Fed’s Choices Played Into Other Markets

What were the risks had the MPC exploited the leeway provided by the Fed to opt for an easier pace? The breather from the Federal Open Market Committee decision and Powell’s press conference came from the fact that June’s 9.1% U.S. inflation had exceeded consensus (8.8%) but was not as bad as the Fed’s anticipation. Two, the weaker economic data remained robust. Most significantly, the moderation of inflationary expectations, whose rise before was worrisome, reassured anchoring. There wasn’t a need to panic as these developments afforded some waiting time.

The chairman stated that inflation was difficult to understand and predict, forcing complete data dependency with the dropping of any forward guidance. Global financial markets have rallied since, understanding the endpoint interest rate won’t exceed that already anticipated while the dollar has shed some of its strength. Slippage into a recession, which a large segment believes is likely, has also weighed upon the long bond yields, although Chairman Powell reiterated the best efforts to avoid a hard landing. The only thing that could upset this is a nasty inflation surprise.

The positive feedback to EMs resulted in foreign capital flowing back somewhat; currency and bond pressures eased. The last week saw net positive equity inflow into India, the 10-year bond yield softening and the rupee rebounding to Rs 79 per U.S. dollar range. Oil, commodity and food prices have been trending down. These provided a big respite to the RBI, battling continuous exchange rate pressures through heavy intervening sales, dropping reserves and shrinking domestic liquidity whose offset may have been constrained by the monetary stance, testing RBI’s commitment to a multi-year withdrawal. In this context, the MPC has retained its stance “…to remain focused on withdrawal of accommodation to ensure that inflation remains within the target going forward, while supporting growth” with MPC member Varma’s misgivings (not known) on this aspect.

These developments did provide an opportunity for the MPC to rejig its strategy. It could have slowed the pace of tightening to further support an incipient recovery, for example. Or even become more aggressive to reach the terminal rate sooner so as to earn more future space to minimize loss to economic output in the trade-off.

But what if the US Fed turned out wrong? A replay of last October-November when it had confidently asserted that inflation was transitory, delaying action until it spiralled into broader price growth nearing double-digits cannot be ruled out.

However, U.S. consumers may perhaps be relaxed due to pandemic-time savings that have propped spending, preventing the pinch on incomes from the price rise; they could start worrying once they run out of this extra money. The very act of avoiding of hard landing could well lead to greater risks, and trigger a meltdown.

With today’s action, the MPC appears to have noted the foremost source of uncertainty: that the world’s anchor central bank will no longer react to any trend but to monthly price developments. It finds resonance in today’s resolution that takes advantage of the moderation in inflation, it’s possible peaking and balances the pace to accommodate growth that is strengthening and resilient in its view. The lack of foresight and guidance, the possibility of mistaken readings, and the risks arising therefrom—to domestic inflation, the current account and the exchange rate—are too high to relax the pace; a slowing world economy would only aggravate external account and growth pressures.

The MPC’s choice to minimise uncertainty and safeguard the economy from any future shocks in this regard is an appropriate one at this juncture. There is both space and time – at least two months until the next FOMC meeting. If there are nasty surprises, the MPC is shock-proofing itself the best it can. By sticking to its plans, it has limited the unsettling that a repeat misjudgement by the U.S. central bank could cause.

The views expressed here are those of the author and do not necessarily represent the views of BQ Prime or its editorial team. 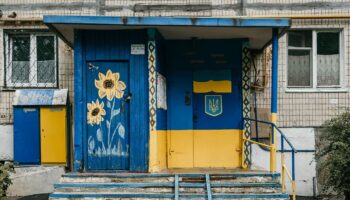