Mushy musings of many marshmallows 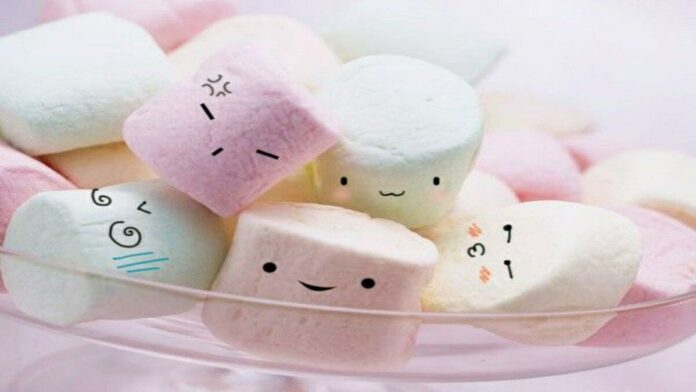 Fluffy, cute and popular- marshmallows might sound so much like the epitome of perfection to emulate on the sweet scale. But given their dubious distinction as being recognised as a food of minimal nutritional value, these treats of definite indulgence should not really be capable of claiming for themselves such pride in prevalence. And yet they do in their discovery that goes beyond them being delightful picks of decadence doused in the airs of the sugary. Marshmallows made their maiden manifestation as medicine, and relied upon their stemming in complete naturalness to mould themselves in such identity that would rule large for years and decades and centuries, and really ages to follow.

The ‘roots’ of marshmallow- quite literally, goes back to times as ancient as those of the early Egyptians with the year of 2000 BCE already having access to this cloud like impression of the sweet. Only that, the ‘enjoyment’ of it, though still in much decadence probably would not be a privilege for all and sundry. One needed to in fact bear upon themselves the burden of some disease- not very severe however- to find prescription for this medicinal mixture to tempt perhaps the body to relinquish all signs of illness upon tasting this divine concoction of sure sweetness.

Derived from a plant of the mallow species that grows in marshes and such other damp areas which is why the plant itself is called the marsh mallow, this was a mixture of the marsh mallow root and some honey, boiled together until thick then strained and cooled and administered as doses of medicine believed to heal wounds and sooth sore throats. This was the Greek method of usage of the marshmallow plant which in itself would be very tough and bitter which explains the honeying and boiling process of its preparation. But even elsewhere the characteristic bitterness did well to make the plant emerge as a mainstay of many medicinal remedies.

Thus even as the Arabs sought it our for its anti- inflammatory properties, the Romans instead employed it as a laxative. In fact so versatile in evolution had been the medicinal prominence of the marshmallow- till then explored as that natural growth of the tree- that by the middle ages, it was reputably used as an option in treating everything from upset stomachs to colds to sleeplessness and so on and so forth.

This treat of the treatment kind would take years though to emerge to be the treat that it today is, though rested in obviously far less- read zero benefits of the health inclination. As those soft and squishy and flob and fluffy pieces of guilty pleasure that we all love gorging on, marshmallows as what we now know them in absoluteness almost came to be much, much later only sometime in the 19th or 20th century. Though of course the earliest preparation of it with honey might have come quite close in emulating at least the sweet essence of this modern day popular confection, that was in no way any match for its ‘goodness’ in the present- much ironically indeed.

The first ever iteration of the marshmallow as the modern day serving of squishy springy cuteness occurred sometime in the early to mid 1800s upon the expanse of a land prominent in its dishing out of some of the most decadent desserts ever. Finding fluent expression along the fine working of the fine fingers of the French chefs had been a spongy soft candy that interestingly was not made to completely give up the marshmallow’s residing in the significant sensibilities of a heath consciousness.

Healthful indeed but not exactly healthy still had been this whipping up of dried marshmallow roots with sugar and water and egg whites to form the lozenge as well as bar formed dessert called the Pâte de Guimauve that understandably picked up as a popular treat. But the considerable period of time that it took to produce this particular variant of the marshmallow meant that it ultimately would be only the name and not any of the essence of the plant that would come to characterise this now nutritionally hollow unpopularity of an even greatly popular cylinder of alluring fuzz.

The introduction of gelatin into the mixture to effectively space out the plant extract solved the issue in the production lag. But the process was one of much tediousness still, and would continue to prevail in some degree of it till until as late as the years of the 1950s itself. That however did not impede the journey that the accurately candied by then form of the marshmallow would undertake to finally assert as the globally loved phenomenon of today. By the early 1900s, marshmallows had already ventured into American territory- a realm they rule today in much prominence by emerging to be mostly consumed in this region of their immense popularity.

Today marshmallows assert in much delight and much beyond just the taste of them as well. Essentially but subtly sweet in their smooth, luscious, melt in the mouth texture, interestingly owing mostly to the ‘intrusive’ gelatin element of their governing, marshmallows tend to be a treat across all arenas of experience. From the senses of sight to the fancies of flavor, this much loved year round treat is one residing still in much versatility, albeit of totally unrelated propositions.

In their awareness that in and by themselves make for such a heavenly sensation to indulge in as well as in their many other imaginations, whether as toppings or spreads or ingredients instead in definite recipes revolving around their might, marshmallows emerges as those delightfully plump and fluffy and cylinder like shapes that appear as somewhat ‘pristine’ in their all white vision. This whiteness is an alluding to the characteristic use of egg whites in the recipe of them and while prettily colored marshmallows too are at least as dominant a feature in festive cheer, they still somehow exude that same awareness in much pristinity.

So inherently characterised by its fluffy famousness is every assertion of the marshmallow that even lends it to gain another identity along precisely that prevalence in prominence. Marshmallow fluff is one of the most charming definitions to have emerged within the range of the culinary, that tends also to be as whippy a deliverance in essence. A specific allusion to what would occur as the more general understanding of marshmallow creme or even generic an expression in marshmallow spread is this wonderful beyond measure extra creamy, extra smooth, extra divine flow indeed of all the marshmallow madness.

Topping up everything from the staples of toasts and breads to the occasional servings of hot chocolate, while making also for distinctive, unique, especial spreads of such desserts as the Fluffernutter sandwich or the choco pie with some variations existing on the latter still, the fluffy fascination of marshmallows is what rules supreme their essence in much ‘gratification’ for the human world.

Even as whole beings themselves, modern day marshmallows make for no less moreish mouthful themselves. But even then, it is some particular peculiarities of its own avail that makes the marshmallow a ‘food’ distinctly different from all. It is indeed the no any humble marshmallow that is what constructs the essence of what happens to be one of the most popular camping treats.

Interesting in its rendition as S’more which is in fact a shortened form of ‘some more’, explaining already the decadence of the preparation that essentially has everyone calling for some more of it, is the marshmallow based treat that brings also into consideration another equally distinctive feature in which marshmallows experience an exalted dimension in massive preference.

S’mores are essentially a sandwich like preparation, cracker based rather than asserting through the more common slices of bread, that combines the magical essence of marshmallows with the forever favorite reputation of chocolates. This fusion in two such charming conjurings of confectionery is already a recipe residing in the massive magnificence culminated by these individually extraordinary ingredients, but done up even more by a certain extra detail of defining. That measure in ultimateness is what avails out of the toasted prep that the marshmallow undergoes before finding place upon the chocolate, leading that solid block of cocoa to assume instead the all more indulgent essence of its melted expanse. And thus prevails the utter dominance of this traditional campfire treat that shines the light bright on the impeccability indeed of what makes up marshmallows.

This derivation in sinfulness of the S’more is in fact a representation of the traditional triumph that marshmallows already have been enjoying in its particular form as a camping treat. That relates to the roasting or toasting mode of furthering the flavors of this already more than decent sweet pick. And elevated by quite an amount is the overall appeal of marshmallows when subjected to the flames of the fire that is as much a characteristic agent of camping. As the dainty white mound of fluffiness slowly gains a golden crispness on its exterior and a simultaneous gooey stretch in the center, with the melting of its many sugars being what causes that lovely appreciation in both color and flavor, one cannot help but decipher an otherworldy experience in delight in devouring slowly and gracefully all that warmth of what the marshmallow harbours within itself, singing of a delightfulness that cannot be defined by any other experience, however exemplary that might be an expression of the gourmet.

But of course, like all good things in life, attaining just that perfect high in food orgasm calls for patience and knowledge and luck indeed in getting to treasure the most mighty unfurling of what the marshmallow measures up to. Burning it just right so that it melts and stretches with as much ease as the glow in which it lights up is what allows one access to the highest level of the majestic marshmallow measure. And it perhaps is its revealing of the self in such light that is offering of its own to all in as exact exploration of its finesse is what makes the marshmallow a confection or candy or sweet or treat or in fact a food standing up to its veritably unique identity.

As one of the more interesting foods themselves, in that they essentially call for considerable amounts of air to fluff themselves up or assume their ruling identity, marshmallows surely are a culinary phenomenon irresistible in each element of what makes them up. Dainty and decadent and delightful, pretty and puffed up and popular, sweet and spongy and squishy, fluffy over fuming fire and fun in flavorful flair, it is treats like the marshmallow that makes us falling perhaps for all such things of mush and magic and much multifariousness indeed.

Did Bears get screwed by missed pass interference call vs. Commanders?