NBA trade rumors: The Jazz are taking calls on Donovan Mitchell. Here’s how Sixers might benefit

In the aftermath of the Rudy Gobert trade, the Utah Jazz postured as if Donovan Mitchell was not going anywhere despite rampant speculation that he’d be the next man out the door. As it turns out, that appears to have been a thin smokescreen, and with Mitchell trade rumors heating up, it’s time to explore how that the Sixers can or can’t get involved.

The most relevant piece of reporting comes from Tony Jones and Shams Charania at The Athletic, who say a deal sending Mitchell to the Knicks has been discussed.

The Jazz and Knicks have begun discussions on a potential trade to send three-time NBA All-Star Donovan Mitchell to New York, sources tell The Athletic.

The Jazz are having conversations with multiple teams on a Mitchell deal, but the Knicks have emerged as the focused destination over the past several days, sources said. Both sides have discussed a deal framework in the past 24 hours, those sources said.

The Knicks possess eight future first-round picks — four of their own and four acquired via trades — to use in a package. New York also has stockpiled young players, such as Quentin Grimes who is believed to be of interest to Utah, sources said. [The Athletic]

Even if it didn’t appear those discussions were serious, that framing helps illustrate why I think the Sixers are on the outside looking in for most star-level trades at the moment. They have an elite trade chip in Tyrese Maxey, a productive player on a dirt-cheap contract with outstanding character reviews and a recent track record of significant growth. But outside of Maxey, who the Sixers aren’t interested in trading save for a handful of edge-case scenarios, Philadelphia is going to struggle to meet the volume it would take to obtain an All-Star. Beginning with the Jrue Holiday trade to the Bucks, any trade involving a high-level player has required a bounty of first-round picks, which the Sixers do not have.

Before we skip past Mitchell too quickly, I feel the need to say that I think Mitchell is a better current player than Maxey, a more accomplished shot creator for himself and others who at least has the theoretical size/length to be a more impactful defender than Maxey. If you slide Mitchell into a role where he’s a secondary option rather than the perimeter guy, some of his best traits would be highlighted. Mitchell has been an excellent spot-up shooter throughout his career, shooting better than 40 percent on those looks in every year of his career except the last one. Having Mitchell playing off two guys like Joel Embiid and James Harden excites me a lot more than Mitchell being a lead dog on the perimeter for a team that hopes to contend.

That said, I’m not necessarily convinced going from Mitchell to Maxey would be as meaningful an upgrade as it would need to be in order to justify making the trade (in the universe where it was possible). Mitchell’s volume would scale back in Philadelphia, dampening his ability to provide surplus offensive value over Maxey, and despite Mitchell having superior length on the defensive end, any gains on that side of the floor vs. Maxey are theoretical. You’d be gambling on diminished offensive responsibility pushing Mitchell to be a better, more consistent competitor on defense, but that would rely on ignoring Mitchell’s tendency to check out on defense off-ball. For example:

Moving Maxey can only really be justified if you are acquiring an offensive player of similar caliber who also meaningfully improves your defensive floor and ceiling, or if the offensive talent is so unique or so much better that you can live with any defensive problems that might pop up. A move to acquire a Kevin Durant-esque talent is one thing. Due respect to Mr. Mitchell, but he ain’t Durant.

Where the Sixers stand to gain from this scenario is the looming possibility that Utah continues moving toward a rebuild, stripping the team of useful veteran players that contending teams might want. To that end, we go back to Jones and Charania.

The Jazz, who saw their NBA title window close this past season with a loss in six games to the Dallas Mavericks in the first round of the playoffs, are focused on obtaining draft picks and younger players who are on rookie-scale deals. Sources say the Jazz have made all of their veteran players available in trade talks, and there are no untouchable players currently on the roster. Guards Patrick Beverley, Malik Beasley and Jordan Clarkson have been pursued by teams across the league in recent weeks. [The Athletic]

Now we’re talking. Beverley is a guy that everybody who watches the NBA has an opinion on one way or another, a classic “hate playing against him, would love to have him on your team” guy. In many ways, he’s a guard’s version of P.J. Tucker, a maniacal pest who will do whatever needs to be done to take the opponent out of their comfort zone. While Beverley had a down year shooting the ball last year, sitting about 3.5 percentage points behind his career average from deep, he has been a good shooter for most of his career and had his best year from deep while playing alongside James Harden in Houston. Beverley stuck up for Harden during several prominent TV appearances this summer, so his appreciation for Harden’s game has not diminished over time.

Beasley brings two things to the table — athleticism and the ability to shoot the hell out of the ball. He’s a pretty classic two-guard, capable of shooting off-the-catch or off-the-dribble, and he has been a high-volume shooter from deep since leaving the Denver Nuggets in 2020. Philadelphia could always use more guys with quick triggers, though Beasley is the definition of a boom-or-bust player, a guy who can either shoot you into or shoot you out of a game. It’s also fair to call his off-court decision-making suspect — Beasley briefly served jail time in 2021 after pleading guilty to a felony threat charge late in 2020.

Ignoring Clarkson, the easiest of these guys to trade for but the least useful in this team context, there are pitfalls for the Sixers if they had hopes of obtaining either guy. Beasley and Beverley can only be traded in one-for-one deals until 60 days (September 4) following the execution of the Gobert-to-Minnesota deal, and the Sixers don’t have the contracts to line up to make that happen. After that window passes, Philadelphia has the means to put together multi-player packages that would still keep them under the hard cap.

In theory, Matisse Thybulle fits the profile of a player Utah wants to bring in, with a year left on his rookie deal and multiple All-Defense appearances to his name. Bringing in one of these guys and then signing another vet minimum guy following the consolidation trade would likely leave the Sixers under the apron, and having a mid-sized contract to move at the deadline would provide the Sixers with opportunities to make some interesting trades down the line. Whether Beverley or Beasley are ideal targets are another story. The need for a Beverley-type player is not as great with DeAnthony Melton in the fold and in need of a healthy amount of minutes moving forward, while Beasley’s checkered history makes him a little tough to rely on for a team hoping to contend.

The name not mentioned here is almost inarguably the most interesting one: Bojan Bogdanovic. On a Utah team that disappointed a lot of people last season, Bogdanovic was one of the few steady performers, giving Utah 18 points a night, shooting an above-average rate from deep on high volume, and sitting comfortably in a tertiary role for the team. On his best nights, he can provide the pop of a second option, but in Philadelphia, he could be used as a fourth option who helps keep the gears of the offense turning. If you ask people around the Jazz, Bogdanovic was also one of the few guys on the team who put up a real defensive fight against Dallas’ perimeter players in Utah’s first-round loss. His Game 4 effort, which drew “Bogey!” chants from fans in Utah, forced Bogdanovic to guard both Doncic and Jalen Brunson as the Jazz battled to tie up their first-round series.

Bogdanovic is on an expiring contract at a cap number around $19.3 million, which is a hard one for the Sixers to get to unless it’s part of a bigger deal involving Tobias Harris (who would likely need to be re-routed elsewhere as Utah looks to offload salary and get younger). He’s a guy who would have been a more realistic name to discuss prior to the offseason when Danny Green’s contract and the lack of a hard cap left them with avenues to acquire a player like him. But he’s worth keeping tabs on in any case, even if he turns 34 next spring and their paths to acquiring him are few and far between. Another playoff-tested wing/forward would be a boon for this group.

Of course, with Danny Ainge sitting high up in the Jazz org. chart, expect Utah to drive a hard bargain with all of their useful vets, not just Mitchell. There’s no slam-dunk move here when considering cap constraints and individual player fit, but when a consistent playoff team begins tearing things down, it pays to put in a few phone calls.

After Wearing Contacts for 12 Years, I Switched to Glasses.. Here’s Why! 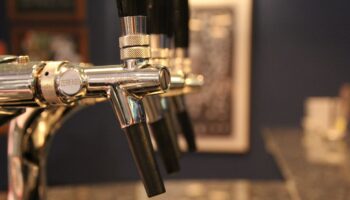 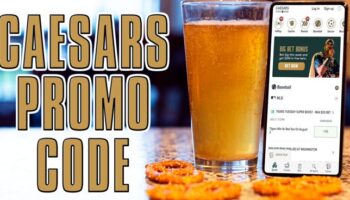 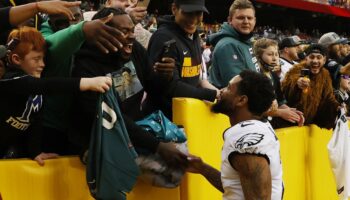