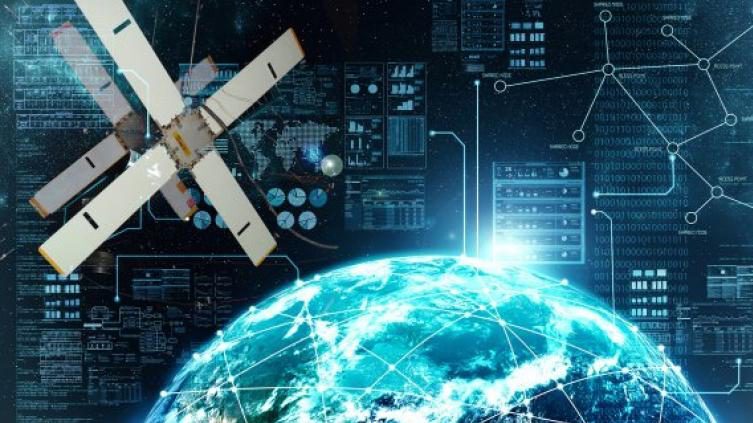 WASHINGTON — A new document designed to clarify what, if any, constraints international law places on peacetime military activities in space could help the US and other national governments in their ongoing norm setting efforts at the United Nations, according to experts.

Specifically, the McGill Manual on International Law Applicable to Armed Conflict in Space (MILAMOS), spearheaded by Canada’s McGill University in Montreal, sets out an agreed set of 52 “rules” developed by 80 legal and technical experts (including active duty military officers) from around the globe governing military space activities.

Although the manual is has no legal standing and has not been endorsed or embraced officially by any government, the authors hope is that the project will provide a baseline for decision-makers moving forward — just as other similar manuals focused on air, sea and cyber warfare have in the past.

“We believe the most important findings are that experts from across the globe, including those [from] Russia, China, and the United States, agree that fundamental principles of international law, such as non-intervention, non-interference with the space activities of other States, and the right of self-defence, apply in outer space,” Ram Jakhu, acting director of McGill’s Institute of Air and Space Law and a co-editor of the manual, told Breaking Defense in an email.

Further, he said, the group concurred that “the rules of international space law are applicable to both civilian and military space activities and in general there are no carved out exceptions for military operations.”

The manual is modeled on other well-known legal manuals that, while not official or legally binding, heavily influence the decision-making of military and government lawyers around the world when planning operations in other domains. These include the 1994 San Remo Manual on International Law Applicable to Armed Conflicts at Sea and Harvard University’s 2013 Manual on International Law Applicable to Air and Missile Warfare.

“I’ve argued for many years, including in my writings and before the UN Open Ended Working Group on Reducing Space Threats, that these manuals can in fact contribute to shared clarity and shared norms, and therefore can assist in reducing the likelihood of conflict extending into outer space,” said Cassandra Steer, deputy director-mission specialists at the Australian National University’s Institute for Space in Canberra.

Jakhu said the results of the manual have been presented to the UN OEWG for consideration. The group begins its second round of meetings in Geneva on Sept. 12, with an exchange of views on threat perceptions.

Disputes about how the body of international law — those laws covering peacetime activities, what actions justify a military response (jus ad bellum) and the conduct of warfare (jus in bello) — applies to outer space have bedeviled multilateral efforts to reach agreements for decades. The key split predictably falls along geopolitical lines, pitting the US and its allies against China, Russia and a number of UN “Non-Aligned Movement (NAM)” countries such as India and Brazil. But on some issues, such as stationing weapons on orbit, even the NATO allies have been divided.

“Invariably, diverse interpretations of such rules are subjectively given, mainly due to the highly geopolitical nature of military space activities,” he added. Thus, the very fact the experts could reach agreement “is quite a feat considering how at the multilateral level, States have been very reluctant to openly discuss such matters as interfering with the space objects of other States.”

The MILAMOS group spent six years attempting to hammer out some of those differences, including holding workshops in Europe, Asia, Australia, North America and the Middle East to solicit input, Jakhu said.

The result, MILAMOS “Volume 1 – Rules,” was published on the web and opened for public comment on Aug. 1. That comment period closed Aug. 30, and the responses will be included in a second volume to be published in 2023. Those commentaries are important, because they will help flesh out how governments might implement the manual’s findings, Jakhu said.

Chris Johnson, space law advisor to Secure World Foundation and one of the drafters of the manual, explained that MILAMOS did not look at what countries can or cannot do in space during conflict or war. Rather, it focused only on “international law applicable to all space activities conducted during peacetime and in times of tension that pose challenges to peace.”

For example, Rule 143 says: “States must refrain from intentionally causing harmful interference to communications within the jurisdiction and/or control of another State by means of jamming and/or spoofing of radio services.”

Indeed, the limited scope of the MILAMOS effort has led to some criticism of the product as too focused on legal theory, rather than real-world cases where governments might have to make hard choices.

“It’s the law as interpreted by academics … based on untested legal theory,” said one US government official familiar with the effort.

Of more interest to “boots on the ground” decision-makers, the source added, will be another legal manual, called the “Woomera Manual on the International Law of Military Space,” in the works by a group of Australian universities. Led by the University of Adelaide, that manual will concentrate on how the law of armed conflict applies in space, including issues such as what constitutes illegal harm to the space assets of non-combatants and commercial operators.

Johnson, however, characterized the work as important because it was an objective effort to put down in one place an agreed view of what current law actually says about peacetime and pre-conflict military operations.

“We were very conscientious in restating only the lex lata — the law such as it is — and not how we’d like it to be or how we think it should develop to be,” he said.

ApeCoin Breaks Out With Degen Play Activated, Can $7.5 Be The Target?