Oopsie! Did Elon Musk Just Forget To Comply With This California Law?

Today the internet is aflutter with word of the mass layoffs coming to social media giant Twitter, following Elon Musk’s takeover. While many suspected something like this may be in the offing, there’s just one teeny tiny problem.

And it has everything to do with employment law.

As detailed in a Twitter thread by lawyer Lisa Bloom: 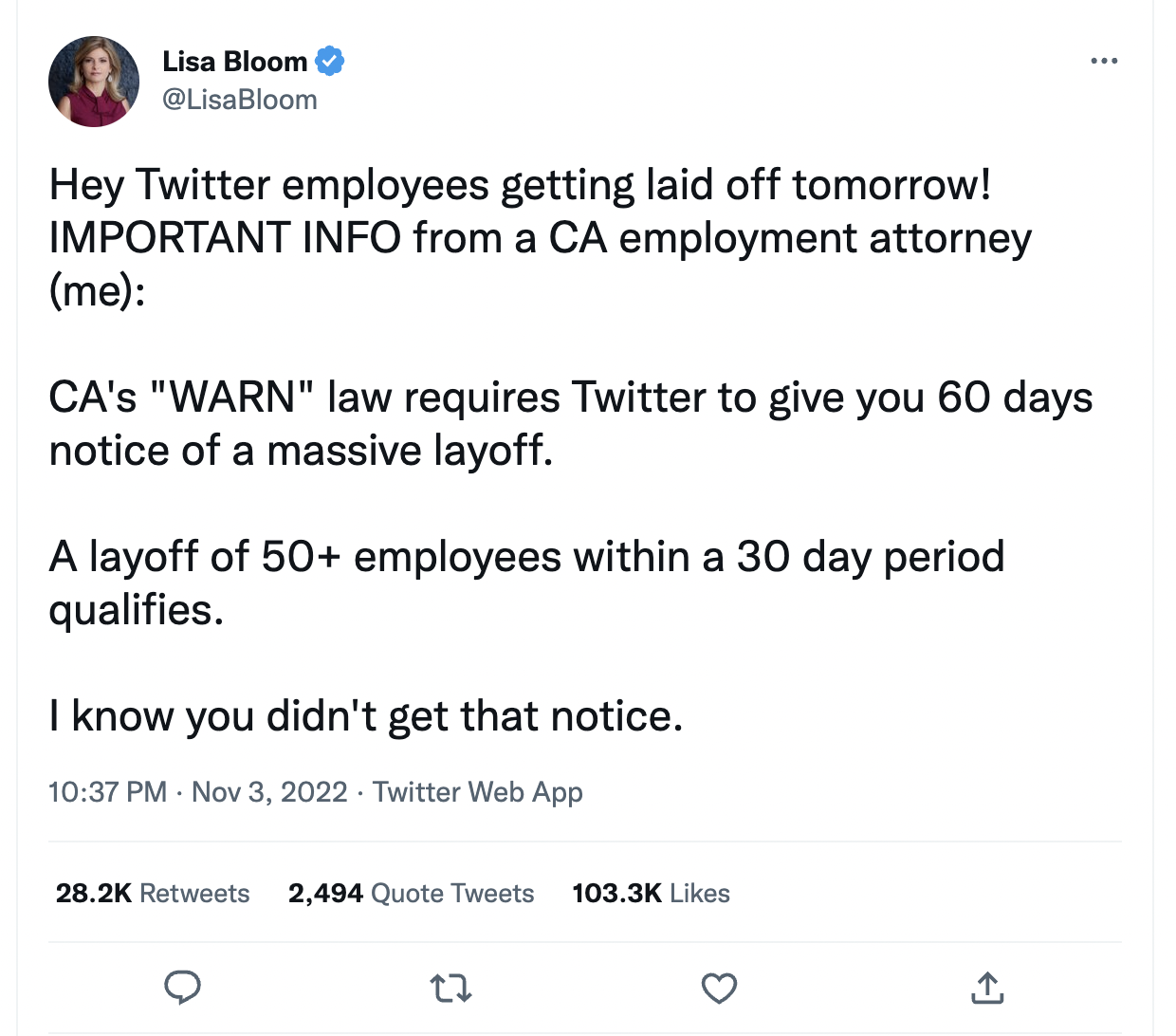 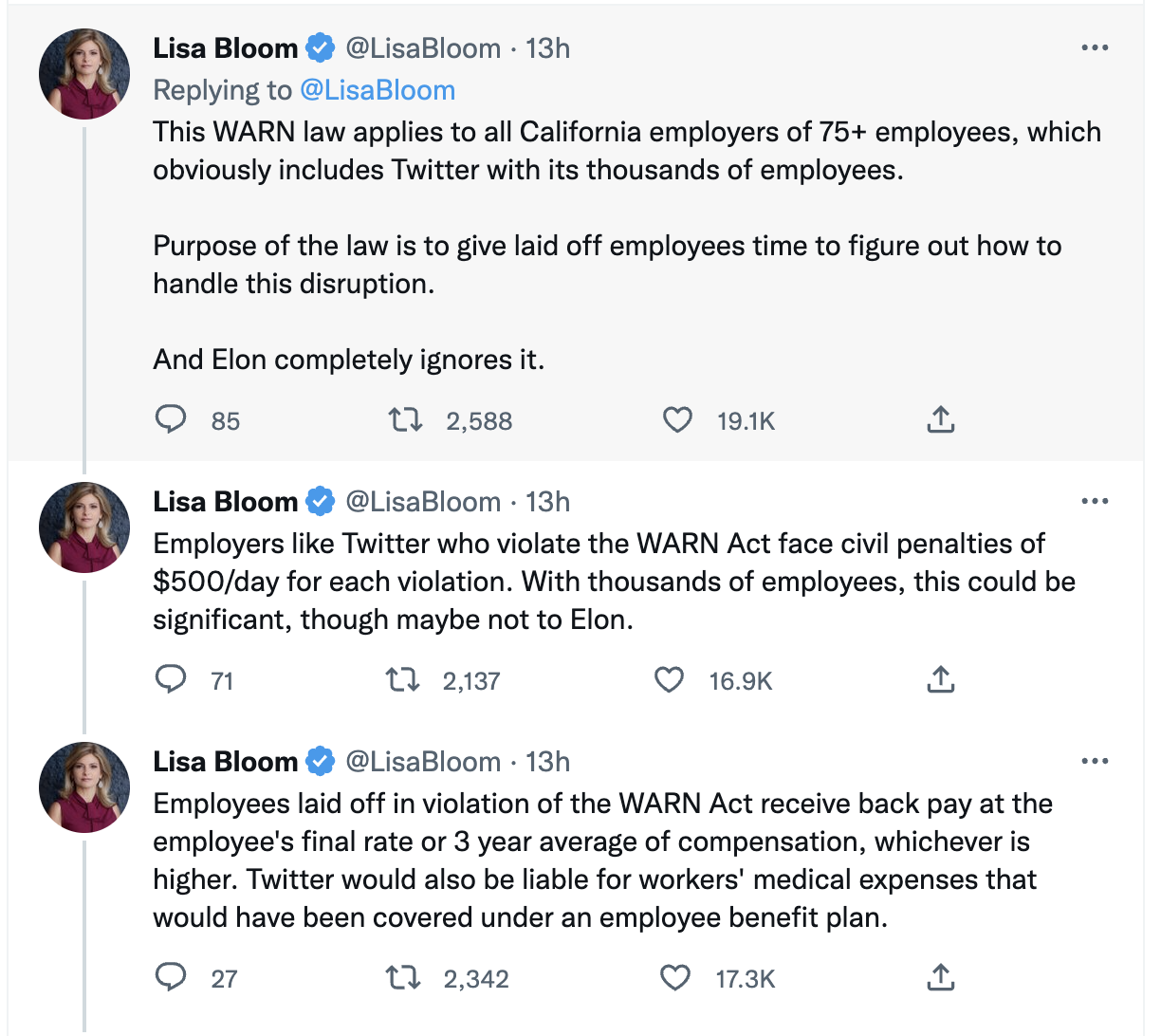 Of course firing people now and dealing with the legal ramifications later is a Musk move — something he did at Tesla. And as law professor Michael Oswalt told Yahoo Finance, the financial penalty (back pay, health care costs, and $500/day fine) isn’t always enough for folks to do the right thing:

“Unfortunately, the penalties for non-compliance with the WARN Act are not that steep,” Michael Oswalt, professor of law Wayne State University Law School Michael Oswalt, told Yahoo Finance. “So in many ways the larger obligation here is moral.”

“There’s no excuse for anyone — let alone the richest person in the world — to skirt that minimal level of decency,” he said.

At least one preemptive lawsuit has already been filed against the social media company. Attorney Shannon Liss-Riordan, who filed the lawsuit, said at least some of the employees laid off will continue to be paid through January 4th. But this doesn’t seem like the end of the employment law woes.