Orange You Glad? A Dizzying Dispute Over What Constitutes Art 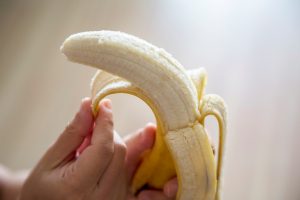 Welcome back from the break. How did you spend your summer vacation? Zealously reviewing and analyzing copyright and other legal decisions as they trickled out from various district and appellate courts? No? Why on earth would anyone do such a thing? Well, do I have a doozy for you.

Back in July, when most were out absorbing UV rays or sipping aperitifs, the United District Court for the Southern District of Florida was hard at work. In one of its more notable cases, at least for my purposes, it was faced with a complex question that was both legal and metaphysical: what constitutes art?

Courts have grappled with this issue before, sometimes reverting to that old chestnut of “I know it when I see it,” and at other times resorting to famous examples, like Justice Stephen Breyer’s invocation of Marcel Duchamp’s shovel in the vaunted Star Athletica, LLC v. Varsity Brands, Inc. case.

In the matter of Joe Morford v. Maurizio Cattelan, decided back in July, the Southern District of Florid was given the opportunity to explore this knotty and theoretical question, which, by some accounts, put the court in quite a pickle. Or banana, as the case may be.

The defendant, Cattelan, had garnered quite a bit of fame in the art sphere when he introduced his new work entitled “Comedian” at the 2019 Art Basel event in Miami Beach. The work consisted of a mottled yellow banana affixed with silver duct-tape to a neutral background. Despite its simplicity, or more likely because of it, the work was a runaway hit, which many took to mean that the work was art or at least artful. And Cattelan sold multiple copies and proofs of the work, realizing hundreds of thousands of dollars in revenues. Serious money. As it happened, though, an artist out in Glendale, California, whose metier was also fruit-related, took notice.

This artist, Morford, had years prior created and marketed a work that also presented a yellow banana affixed with silver duct-tape to a neutral background. His banana, surely, was less mottled and reclined at an angle that was more acute, but the thrust of the work, he felt, had been copied. So he brought his claim in Florida and Catellan, in response, retained two law firms who attempted to give Morford the slip, filing a motion under Federal Rule of Civil Procedure 12(b)(6) to dismiss the case in its entirety. Morford, who is representing himself in the case, fought back, opposing the motion and teeing the issues up for the court to decide.

The motion presented the question of whether and to what extent Morford’s art was protectable under copyright law, which put Catellan in a tough spot because he likely did not want to argue that Morford’s art lacked protection as it would mean that his own art, which was similarly minimalist, would also be left unprotected. Given the threshold for what is creatively sufficient for a work to be protected by copyright, which is relatively low to reflect an appreciation, and ensure protection, for minimalist or more modest works that are nevertheless original to the artist, it was not hard for the court to conclude that the work at issue was protected by copyright. But, the more difficult question was whether actionable copying of that work had occurred.

The court, in deciding this question, looked to whether the works were “substantially similar,” applying what it acknowledged to be an “elusive test.” The court readily concluded that neither party may seek protection for “the idea of a duct-taped banana,” because ideas are not protectable. Only the expression of an idea qualifies for protection. The court went on to aptly note that the plaintiff, though, may be able to claim copyright protection in the “selection, coordination, [and] arrangement” of otherwise unprotectable elements, such as the banana or tape. In comparing the works, the court observed that in both “a single piece of silver duct tape runs upward from left to right at an angle, affixing a centered yellow banana, angled downward left to right, against a wall” and that “the banana and the duct tape intersect at roughly the midpoints of each.” In other words, there were certainly similarities between the two potassium-rich works.

After noting that courts have long recognized that the substantial similarity test involves the “problem of ‘line drawing’’ and acknowledging the low threshold that must be met at the motion to dismiss stage, the court ultimately denied the motion and allowed the case to proceed to discovery.

This case, while a close one, seems to accord with the letter and spirit of the Copyright Act. And Cattelan, who allegedly is the second banana here, has viable defenses available to him depending on the facts. The defense of “independent creation,” for example, which applies as a bar to any claims of infringement if the defendant can prove that he or she created the work at issue without reference to the plaintiff’s work, would seem to be one course of action. This defense, though, hinges heavily on credibility and is understandably difficult to prove at any of the stages before trial. Morford, who, as mentioned, is acting pro se, has done well to move the case to discovery, where he will surely learn more about Catellan’s creation of his fruit-based,  and potentially infringing, smash hit.

Scott Alan Burroughs, Esq. practices with Doniger / Burroughs, an art law firm based in Venice, California. He represents artists and content creators of all stripes and writes and speaks regularly on copyright issues. He can be reached at [email protected], and you can follow his law firm on Instagram: @veniceartlaw.