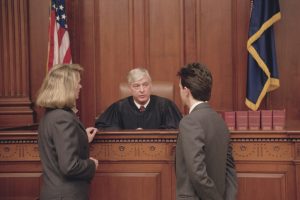 Law firm associates usually need to complete many boring legal tasks that partners do not want to handle themselves in the course of their jobs. This usually includes document review, cite checking, legal research, and other projects. Every now and then, an associate might be invited to leave the office and either complete or shadow a legal task that is usually handled by a partner, like attending oral arguments. In certain instances, this can definitely be helpful to the development of an associate, but in other situations, associates do not really gain anything from these experiences.

I am convinced that sometimes when partners invite associates to attend oral arguments, it is not so that an associate can learn about the legal process but because the partner wants an audience for their work. People naturally want others to share in their experiences, especially experiences in which someone is performing and others are spectating and admiring. When I argued my first appeal, it was much better knowing that my brother traveled to the courthouse to watch me submit arguments to the court. However, satisfying the ego of a partner is not a good reason to invite an associate to attend oral argument.

Another associate who took the partner’s invitation to attend oral argument told me that it was a complete waste of time. She conveyed that she had to navigate the public transit system to arrive at oral argument, and that it had taken her well over an hour each way to arrive at the oral argument and to return to the office afterward. My colleague also conveyed that the partner’s oral argument lasted about five to 10 minutes, and the partner did not really say much. Since the associate was so new at the firm, she did not want to ask for a return ride to the office, so she had to spend a ton of time making her way back. This person told me that the experience was a complete waste for the firm, since the associate did not learn much about lawyering and the associate had not billed anything for much of the day and would have a hard time making up for lost time when she returned to the office.

Another time, I was working on a team of a dozen or so attorneys who all worked on a single appellate brief. The partner who was going to argue the brief invited everyone who was involved in drafting the brief to oral argument so they could see the points they researched being argued firsthand. This was a very interesting experience. It was clear that the partner from the opposing side invited a bunch of associates who worked on their brief to oral argument as well.

As a result, it was really uncomfortable to be in the audience, since our team kept making snide comments about the other side’s points and the associates for the other side kept making snide comments about our points. Moreover, it was clear that we were not going to win that oral argument. The partner in charge did not have such a good mastery of the facts involved in the case, likely since he wanted the honor of arguing the matter himself rather than letting senior associates or junior partners present arguments even though these more junior attorneys had a much more critical role in crafting our arguments.

All of the associates made our way back to the office after the oral argument in a daze knowing that all of our hard work was likely not going to pay off. That very same day, the appellate court issued an order denying our appeal. After work that night, a bunch of the associates hit the bars to drown out the sadness of losing so hard. The only good thing that came of me watching oral arguments that day is learning that a firm should not just let the most senior person present oral arguments but should rather let the attorney most knowledgeable about the matter make points before a court.

All told, taking associates to various legal functions outside of an office can be a good learning experience. However, since associates might not be able to complete work tasks during this time, such excursions should not just serve as an ego boost for partners. and some effort should be made to ensure associates learn something from these experiences.

Jordan Rothman is a partner of The Rothman Law Firm, a full-service New York and New Jersey law firm. He is also the founder of Student Debt Diaries, a website discussing how he paid off his student loans. You can reach Jordan through email at jordan@rothmanlawyer.com.

Ripple (XRP) Clings To Support As Bearish Divergence Plays Out; Will $0.44 Hold?