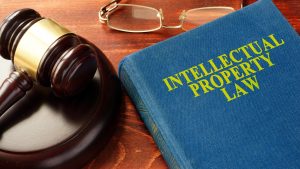 Certain technology companies are known to have significant experience in the roles of patent plaintiff and patent defendant. Huawei is one example that has been profiled on these pages. There are others, with the list getting even longer if you include companies — such as Intel — that have elected to enlist nonpracticing entities to help them in their patent monetization efforts. This phenomenon is, of course, understandable, as it is the companies that perform well commercially that are most likely to find themselves the target of various and sundry patent owners looking for a piece of the action via license or damages award. And it is often those same companies that have the wherewithal and desire to invest in the R & D that underlies robust and valuable patent portfolios. With those portfolios in hand, at some point companies may find themselves motivated to try to monetize them. It is a virtuous cycle, at least in terms of keeping patent litigators busy.

The phenomenon of playing both sides in patent litigation is a little less pronounced in the pharmaceutical context, though that has been changing with the rise of what I have dubbed the “pharma-royalty play (grab?) whereby a patent-holding pharma or biotech company tries to extract big royalties from the makers of a blockbuster drug.” No longer do branded pharma companies find themselves always on the offensive against generics looking to bring to market cheaper copies of their revenue-generating drugs. Instead, branded pharma companies may find themselves on the defensive, dealing with royalty-seeking attacks on their branded drugs from patent-wielding competitors or licensing entities. Some companies, like Merck in its well-chronicled years-long assault against Gilead, have taken to the practice of using homegrown and acquired patents to go on the offensive. Or for a more recent set of examples, just consider the nascent patent battles involving the COVID-19 vaccine makers that are percolating around the country.

In another recent example of this developing state of play for branded pharma companies, the past few months have seen numerous material patent litigation decisions impacting one of Japan’s largest pharmaceutical companies, Daiichi Sankyo (DSC). I have previously profiled developments in DSC’s intensive defensive effort against a patent assertion case brought against it by a former development partner, Seagen. As of this writing, super-active post-trial motion practice between the combatants in their late-stage Eastern District of Texas case is ongoing. Most interesting in that flurry of filings is Seagen’s request for an ongoing royalty of 10% to 12% on DSC’s sales of its blockbuster Enhertu cancer drug, until the expiration of Seagen’s asserted patent in November 2024. In short, Seagen is looking to turn the $40 million-plus verdict it got when the case went to trial into a longer-running revenue stream that could comfortably generate in the hundreds of millions of dollars for the victorious patent holder.

At the same time that DSC is on the defensive against Seagen, however, it also finds itself the current winner in its own patent assertion against a competitor, Novartis. A DSC subsidiary, Plexxikon, tagged Novartis for willful infringement of two patents after an eight-day jury trial in the Northern District of California back in July 2021. In response, Novartis asked the trial court to either reconsider the judgment in its favor or give it a new trial. In a decision issued on September 29, 2022, the court declined to grant most of Novartis’ requested relief. First, the court quickly dispatched with Novartis’ re-urging of its prior art invalidity and written description defenses, as well as Novartis enablement defense. On each of those grounds, the court refused to disturb the jury’s weighing of the conflicting expert testimony it had been presented with at trial. But the news was better for Novartis on the question of willful infringement. On that issue, the court agreed that willfulness “is a serious allegation, and should not turn on whether the jury liked one party more than the other.” Finding that there was little evidence supporting a finding of deliberate or intentional infringement by Novartis, the court granted Novartis a reprieve from the jury’s willfulness finding.

With the willfulness verdict tossed, it was little surprise to see that the court denied Plexxikon’s motion for enhanced damages, even as the court refused to modify the $178 million trial award in Plexxikon’s favor. In further good news for the patent owner, the court agreed to a 9% ongoing royalty, as well as prejudgment interest of another $17 million, topped off by post-judgment interest tied to the prime rate. All in all, about as good a trip to court as a patent owner could hope for. Still, nothing in patent litigation is final until the Federal Circuit weighs in, so all execution of the judgment in terms of payment was stayed pending appeal. Unless the parties settle, therefore, we have another big-money Federal Circuit pharma-royalty play to look forward to over the next year or so.

Ultimately, it is interesting to consider how one pharma company — DSC — can find itself simultaneously playing both offense and defense on the patent litigation front. As a patent owner, things have undoubtedly gone well so far for DSC in the Plexxikon case, though I would hope that they would consider taking on some judgment preservation insurance on their healthy trial award, considering the predilection of the Federal Circuit to take a very close look at large damages awards. As a patent defendant, DSC is already on record as saying that it expects that it would be able to resolve the dispute it is in with Seagen. The fact that it hasn’t so far is a strong indication that the parties remain far apart in terms of valuing Seagen’s patents, especially after DSC’s mid-August win in Seagen’s parallel arbitration proceeding — which Seagen hoped would force DSC into paying Seagen a healthy revenue stream for years to come. With successes as both a patent plaintiff and defendant, DSC is demonstrating the value of pursuing its claims and defenses vigorously, no matter how formidable the opponent may be. Because if you are going to play both sides, you better play to win.

Please feel free to send comments or questions to me at gkroub@kskiplaw.com or via Twitter: @gkroub. Any topic suggestions or thoughts are most welcome.

Gaston Kroub lives in Brooklyn and is a founding partner of Kroub, Silbersher & Kolmykov PLLC, an intellectual property litigation boutique, and Markman Advisors LLC, a leading consultancy on patent issues for the investment community. Gaston’s practice focuses on intellectual property litigation and related counseling, with a strong focus on patent matters. You can reach him at gkroub@kskiplaw.com or follow him on Twitter: @gkroub.