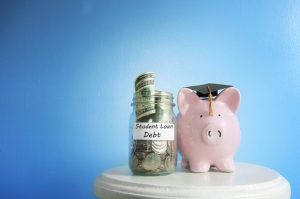 Here are the key points.

There will be a final extension on the pause of repayment and interest accrual until December 31, 2022.

There are many questions because some important details were left out. I will address as many as possible.

Is this really the final extension on the repayment pause? It most likely is. In August 2021, Biden extended the pause until January 31, 2022, and at that time said this would be the final extension. But he reversed himself, citing the Omicron variant.

Midterm elections are coming up. So the usual suspects will vocally make their case to extend the pause again, or they will threaten to stay home on Election Day or use their mail-in ballot as toilet paper.

Despite this, the forgiveness news will likely assuage most people. And by December, elections will be over, so any political threat will be negligible. So unless there is a major October surprise, this is likely to be the final extension.

Unfortunately, there is nothing you can do now to adjust your income numbers as it is now 2022, unless you forgot to include some business expenses in which case you can submit an amended return. However, there is one workaround that might work if your income slightly exceeds the $125,000/$250,000 income maximum. If eligible, you can put money into a retirement account this year and take a deduction for the contribution in 2021. Eligible retirement plans include traditional IRA, SEP-IRAs, and self-employed 401(k) plans.

Will the forgiven loan amount be considered taxable income? No. This is assuming that the loans will be forgiven in 2022, 2023 or possibly even 2024.

Can I do a quick FAFSA loan now for $10,000, use the money to buy meme stocks, and still be eligible for forgiveness? No. Loans taken after June 30, 2022, do not qualify for forgiveness. This is actually important for some older borrowers and will be explained later.

Do FFELP loans qualify for forgiveness? Unknown. But a decision might be made soon. The Federal Family Education Loan Program (FFELP) loan is a hybrid federal loan. Some FFELP loans are held by the government and thus eligible for forgiveness. But most of these loans were made by banks, and the federal government guarantees these loans to the lenders in case the borrower defaults. These loans are mostly held by older graduates because the program was stopped in 2010. Some people got these loans when they consolidated their loans after graduation because of the low interest rates, typically between 1.5% to 3.5%. Also, FFELP loans are not eligible for the student loan repayment pause although their loans can be converted to a direct loan to qualify.

It is unclear why the government did not specifically include FFELP loans in the forgiveness package. It could be because the federal government does not directly control the management of the loans. But it is arguable that FFELP should be considered loans held by the government not only because of the federal government’s guarantee but also because they were originally federal loans before they were consolidated. Also, FFELP loans are subject to government rules and regulations. For example, they must offer IBR payment plans to borrowers.

There is talk of a workaround by converting the FFELP loan to a direct loan so it will be eligible for forgiveness. However, this should not be done unless there is official confirmation from the federal government. If you do the conversion now, it can be considered a loan made after June 30, 2022, thus making the loan ineligible for forgiveness. Also, your new loan might be subject to a higher interest rate. So if done incorrectly, you can put yourself in a worse financial situation.

So who benefits from the forgiveness program? Basically everyone who qualifies. For some, the forgiveness will not make a serious dent on their overall balance but something is better than nothing.

However, there are some people who will not benefit. First are those who are ineligible due to their income but live in high cost of living areas. $125,000 is a lot of money, but after taxes, rent, and other living expenses, there isn’t much left.

Also, those with large student loan balances and on income-based repayment programs will see little to no benefits. Sure the principal reduction is nice (assuming that is where the forgiveness goes) but if their interest accrual is expected to be $11,000 by the end of 2023, they might wonder whether they are really benefiting from this program.

And of course, the private loan holders who get no forgiveness at all.

There will likely be additional rules and guidance in the future. Hopefully they will make more borrowers eligible for forgiveness.