Sighs really of much relief 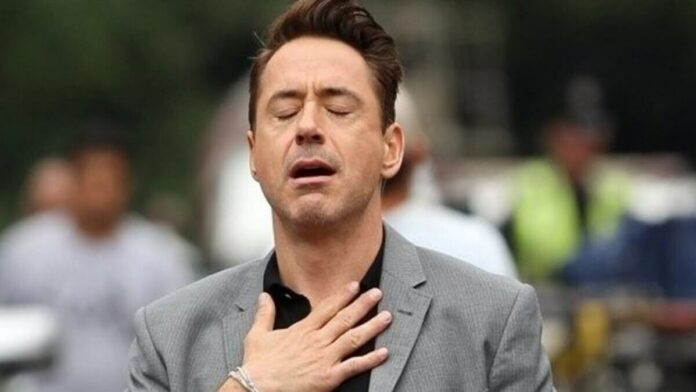 As a reflex rooted in reason, the reality of the sigh happens to be a lesser dwelt upon area of reasoning in its non singular basis of importance. Usually connotated in terms of negativity, relating to the relaying of emotions as undesired as sadness or frustration or anger and exhaustion or exasperation even while being likely indicators of a host of health conditions that rules largely as being the premise of its understanding even when one much prominent bearing of the sigh happens to be uttering in such tones as alluding to the ultimate realisation in relief, this is a very characteristic occurrence that rules the lives of every mammal, human beings most importantly. In fact so hardwired is the human species to sigh that not taking to this essential mode of existence every five minutes on average could have significant enough bearing on their very living!

With such necessity intertwined with a general notion in negativity, the sigh presents as quite a perplexing phenomenon for one to exhibit though this generally is an event of an involuntary kind. Of course it is very much possible indeed to induce oneself to sigh but for the most part this is a technique in spontaneity that even in its larger understanding as one granting psychological succour harbours also actual bodily importance. Emerging as a primarily physical response in maintaining the optimal functioning of the human body is what sighs actually are, working thus in such capacity that not only drives the individual to betterness but also is one induced in fact by that foremost necessity in living.

In its occurring as one of the simplest of all reflexes in working, the sigh though manifests its importance in the rather complex mechanism of breathing as a process that helps us in not suffocating. A sigh works much like a breath does for it indeed is but a breath, only one of the deeper kind and in its twice exertion in volume as compared to a regular breath, this therefore much audible function of the respiratory mechanism performs hence as much more critical a function in lung protection.

The exaggerated assertion in inhaling that sighs happen to be is what makes them a medium for twice the volume of air than normal to find way into our lungs and reinflate this the alveoli which otherwise runs the risk of rendering the lungs stiff disturbing in turn the oxygen- carbon dioxide exchange so essential to the very act of living. It only is a sigh that helps restore that balance in the O2-CO2 transaction which makes thus the instigator of this act, the mechanism of sighing that is, a life sustaining reflex fundamental beyond more than its popular summing up of the emotions.

Resetting thus the body to the basics so that it warrants a rejuvenated functioning of the entire human, the loud, socially not so favoured in fact letting out of the sigh tends to be a something conducive to the very existence of the individual. But it of course is not in such capacity entirely physical that sighing sums up as vital for life. The oft attributed notion in emotional expression too is as characteristic a purpose in which the sigh dwells, which by the way is stirred by this core process of the respiratory again.

The interconnection between the many states of existence amply explains this drawing of the sigh upon the same premise to deliver pretty much the same effect as far as optimum experience of existence is concerned. And thus it reveals, this unexpected sighing superiority through the empathetic assertion of its nature as a deeper, more profound exercise in breathing. The emotional exertion that is so undeniable a facet of the human existence leads to such changes as an increase in muscle tension and an irregular rate of breathing and therefore a disruption of the classic O2-CO2 balance which ultimately is the basis of all life.

How sighing helps reverse such erroneous functioning that the body is led to by its unnatural state of the emotional is by stretching the respiratory muscles in its assertion as a voluminous kind of breath. The benefits follow then to such effect exactly opposite of what had been characterising the too exerted expression in mental living such that our bodies are reset and our minds are relieved from whatever it is that had been pressing down on it. No wonder a sigh of relief makes for a elucidation in ease much universally, but only when it has been one occurring as a reflex.

For something so beneficial as a sigh as it has proved to be by defying all popular notions contrary to that realisation, one would expect to make more than optimum use of its seemingly easily elicitable quality. But turns out that voluntarily taking those deep breaths adhering to the sighing diktat does not somehow lead to those same assertions in goodness. Unless your body and mind is really craving one- or more accurately if the sigh is really needed to be let out in that context in which case it automatically will, only then is the maximum dose of benefit delivered in sync with its essential life sustaining instinct.

Sighs might not be the very intricate mechanism in functioning that the many a processes leading a being to emerge as a lifefilled wonder tend to be. In fact, in its employment of perhaps the fewest number of neurons for efficient delivery of results, the sigh is a rather simplistic reflex that ends up catering though to some of the most ‘advanced’ requirements of the human. As a resetting mechanism for the body and a coping one for the mind, sighing might be an exclusively individual life process. But in such capacities of it that make evident existence of such conditions as anger or stress and tiredness or fatigue, or being even alluding to such symptoms of anxiety disorder or trauma or such similar assertions including the all engulfing void in depression, a sigh reveals a whole lot more to the world.

Paying therefore close attention to the sighing ones around us can help identify probable lurks of some unwanted condition that might be impairing the ordinary existence of them. As a social agent thus in relaying of such facets of existence not normally communicated in verbal or more proclamatory terms, sighs can also find distinction as being a cue in non verbal communication as well. And yet, this more than massive emergence in substantiality of the sighs does not always make for a case steeped only in the benefits.

Much like intentional sighing not leading to reaping the riches of it in the same extent as is the case in its identity as a reflex, it also is excessive sighing that might not be harbouring of the favourable prospects that one would expect it to be representative of. In fact unlike induced sighing, sighing too much can even have negative effects occurring in such nature that in fact counters the very essence of it as a relieving technique. Too much sighing also can disturb the body’s oxygen- carbon dioxide balance that the average 12 times an hour frequency of the sighs is known to help restore. A continuous dwelling in amounts more than these numbers makes the sighers not just face disruption in their everyday living due to obvious factors as say in too much exertion or in an uncomfortable almost realisation in the heaves but also in more medically alarming terms.

With the sighing mechanism being what guides the functioning of artificial ventilators, it is easy to deduce that sighing more often carries in it the risk of hyperventilation that would be essentially characterised by lower levels of CO2 in the body. This in turn leads to hypocapnia, playing out through such symptoms as anxiety and breathlessness among others, thus ironically challenging the very usefulness of those sighs. It is the consideration in optimumness therefore that happens to be the key in the reflexive act of sighing as much as it is what is strived for in the acting out of those generally looked down upon sighs as well.

As one of the many ingrained responses that the human being bears within them to accurately and adequately respond to stimuli, sighing sure is as effective in its functioning as it has been programmed to be. That sighing could be cathartic almost a rendition might make for an unpopular opinion given the universally negative association that it forebodes but that it is as close to reality as it can be is what has always ruled the roost of course in such more than well known letting out the many a sighs leading the way to immense relief.

Cabinet Okays 1.5% Interest Subvention On Short-Term Agri Loans Of Up To Rs 3 Lakh