Just when Beatriz Acevedo thought she was out, an opportunity to start Suma Wealth pulled her back in.

The California-based company, which exhibited as part of the Battlefield 200 at TechCrunch Disrupt, is designed for Latinos and offers in-culture financial content, products and experiences to help them gain control of their economic power and build wealth. 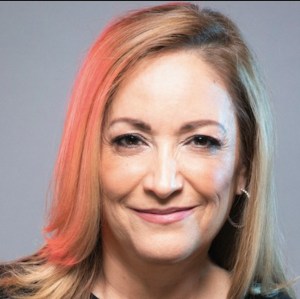 “The ‘secret sauce’ is in-culture not in language,” Acevedo told TechCrunch.

Suma Wealth is at the intersection of edtech and fintech and is innovating on the blockchain. Some of the features include Sumaversity with master classes and boot camps on finance. It is using the blockchain to certify everyone via proof of learning and attendance. Users collect non-transferable tokens (NTT) and get perks.

There is also a Music Money Plaza where users can understand the concept of credit and build it. The Credit Cocina, an activity food truck, helps users learn about their finances through their favorite recipes. There is also a financial gym where Acevedo said users can “sweat out their debt” by speaking with a debt expert. Users can pick an avatar, chat or turn on their camera and get coaching in “a non-threatening way.”

The app is free to download, and there are some freemium features with a subscription tier for the coaching.

Acevedo is not your typical early-stage entrepreneur. Now in her 50s, she started her career as a radio and television host and went on to start a company with her husband, Doug Greiff, called mitú, a digital media brand for young Latinos in the U.S. Between 2012 and 2020, the company raised $52 million in funding before Acevedo and Greiff sold the company to Latido Networks.

Her plan was to move fully into philanthropy and work on her family’s foundation, but Acevedo told TechCrunch that when the global pandemic hit, she saw that Latinos were not only the hardest hit in terms of COVID deaths, but also economic hardship.

It wasn’t that she wanted to found a company that could solve that problem, but after talking to financial institutions that consistently told her that they were challenged in their ability to connect with young Latinos, she decided to start Suma Wealth with Mary Herandez and Javier Gutierrez.

“No matter how much money Latinos spend, they are always an afterthought,” Acevedo said. “Fintechs could tell me that they already translated their website, and that was the biggest red flag for me because they didn’t need to do that because their audience already speaks English.”

She went on to explain that when she told them that, their immediate reaction would be one of surprise and then relief, saying “We are reaching them through the general market then.” To which she would respond, “You probably are reaching them, but not touching them.”

“They’re still not feeling like they belong in this money conversation,” Acevedo added. “There is just that big disconnect there.”

The company is already working with large financial institutions including JP Morgan Chase, Wells Fargo and Morgan Stanley. It has also raised $3.3 million over the past two years. Acevedo told TechCrunch that Suma Wealth just started fundraising for its seed round and is adding an enterprise offering.

The first enterprise partnership is with Verizon Wireless, which will offer Suma Wealth as a benefit to employees and customers, she said. The company is also talking to other consumer goods companies.

“We are excited to have all these partnerships,” Acevedo said. “We thought we would be B2C, but saw so much demand on the enterprise side, that we are launching that model for employee benefits.”

Meanwhile, she believes Suma Wealth is solving the disconnect through its content and features. And the traction the company has seen so far is proof: it has a community of 615,000 unique users and is growing 27% month over month.

In addition, it recently completed a VIP pilot with 2,000 users over a period of 90 days and calculated 72% growth in connected accounts — an average of 3.5 accounts — within the last 30 days and that customers were coming back 2.5 times per week, which Acevedo noted was interesting, considering Suma Wealth is in the early stages of content development.

So far, 800 people have completed the bootcamp program and are staying in Sumaversity sessions for an average of 60 minutes. The company is also seeing a 96.3% click-through rate to resources, a number Acevedo is proud of, explaining that when it comes to click-through 3% to 5% is considered “a good number.”

“This generation is asking for help,” she added. “The top two questions we get are ‘Who do you trust?’ and ‘Who can we trust?’ Where we are in economy today, not just Latinos, but Americans, want to know how to protect their capital, and there has never been a better time for us to exist than now.”

Quant Gets Listed On Binance Futures As Price Retests $170; What’s Next For QNT?

5 Ways To Use Your Diwali Bonus To Grow Your Money